"This robust bill addresses the climate problem head-on by transitioning the nation to clean energy, reducing pollution, creating jobs and boosting the economy, all vital measures that will ensure our national parks and communities can thrive for generations to come." - Theresa Pierno, NPCA's President and CEO

Washington, DC – Today, the U.S. House of Representatives passed the Inflation Reduction Act of 2022, historic legislation that will provide the largest investment our country has ever made in clean energy and to combat climate change. Nearly $1 billion will go to the National Park Service (NPS) to hire more staff and better adapt our parks’ natural, cultural and historic resources to the changing climate. This ambitious bill comes after years of activism by millions of people demanding action on climate. NPCA and thousands of our members and supporters sent letters, made calls and traveled to Washington, DC, to urge elected officials to boost renewable energy and help make our parks more resilient to the effects of climate change. Those efforts paid off, and with no time to spare.

The Inflation Reduction Act comes at a crucial time for national parks, which are bearing the brunt of climate change. Death Valley is battling record flooding, enormous wildfires are threatening Sequoia and its namesake trees, and extreme heat and drought are ravaging Grand Canyon. And these same climate disasters are devastating vulnerable communities surrounding our parks too. 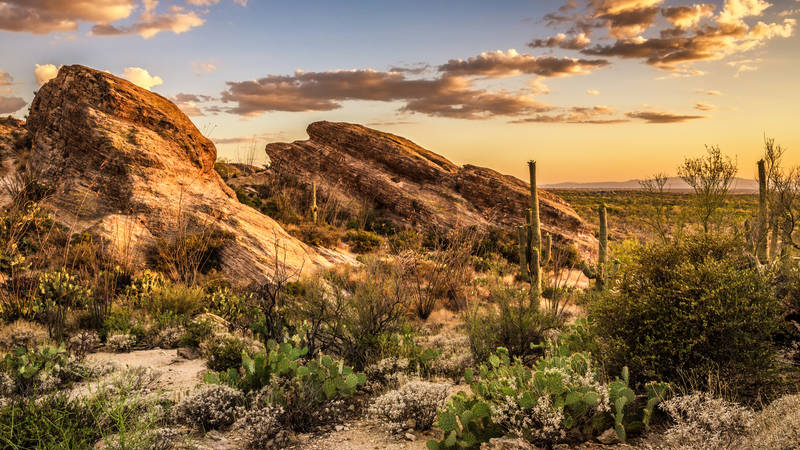 A Critical Moment for the Climate

The new Inflation Reduction Act would authorize nearly $1 billion for the National Park Service to respond to climate change, among its many benefits. Here’s what’s in the bill, what's…

The Inflation Reduction Act will create jobs and will result in reducing greenhouse gas emissions – 40% by 2030 – significantly protecting people’s health and parks from the worst effects of the crisis. It will also invest in clean buildings, electric vehicles and renewable energy, and prepare our national parks and communities to withstand heavier rains, hotter temperatures and stronger storms.

“Congress has finally heard our call and is taking a monumental step forward to tackle the climate crisis. We will no longer stand by and watch climate disasters ravage Yellowstone and Yosemite. This robust bill addresses the climate problem head-on by transitioning the nation to clean energy, reducing pollution, creating jobs and boosting the economy, all vital measures that will ensure our national parks and communities can thrive for generations to come. And this bill provides the critical resources and staff parks need to safeguard our most treasured places from rising sea levels, severe fires and floods, and extreme drought.

“Every one of our more than 420 national parks are experiencing the effects of the climate crisis. And this summer, we’ve seen the kind of devastation that lies ahead of us if we don’t act fast. We watched floods demolish Yellowstone and leave surrounding communities without power and drinking water. We witnessed wildfires threaten Yosemite and force thousands of people to flee their homes. And we saw Lake Powell and Lake Mead shrivel to historic lows, putting millions who depend on these reservoirs for survival at unimaginable risk.

“While our national parks have experienced some of the worst effects of climate change, this bill shows that our parks remain a solution and unifying force to combat it. We know that the climate crisis won’t be solved by one piece of legislation. Real change will happen over time. But moments like this demonstrate the power our national parks have to bring us together, and the progress we can make when we demand action.

“We commend Congress and everyone who helped make this bill a reality. This bill puts us on a path forward to start addressing the climate crisis and make our parks stronger and more resilient for the future.”

About The National Parks Conservation Association: Since 1919, the nonpartisan National Parks Conservation Association has been the leading voice in safeguarding our national parks. NPCA and its nearly 1.4 million members and supporters work together to protect and preserve our nation’s most iconic and inspirational places for future generations. For more information, visit www.npca.org.