A Critical Moment for the Climate

The new Inflation Reduction Act in the Senate would authorize nearly $1 billion for the National Park Service to respond to climate change, among its many benefits. Here’s what's in the bill, what's at stake — and what you can do.

Sunset over Javelina Rocks at Saguaro National Park, where the survival of the park's namesake cacti is threatened by climate change.

A surprise deal in the Senate last week led lawmakers to introduce the Inflation Reduction Act of 2022, a funding package with $369 billion in climate and energy security provisions that together represent the most ambitious U.S. legislation to ever address climate change. 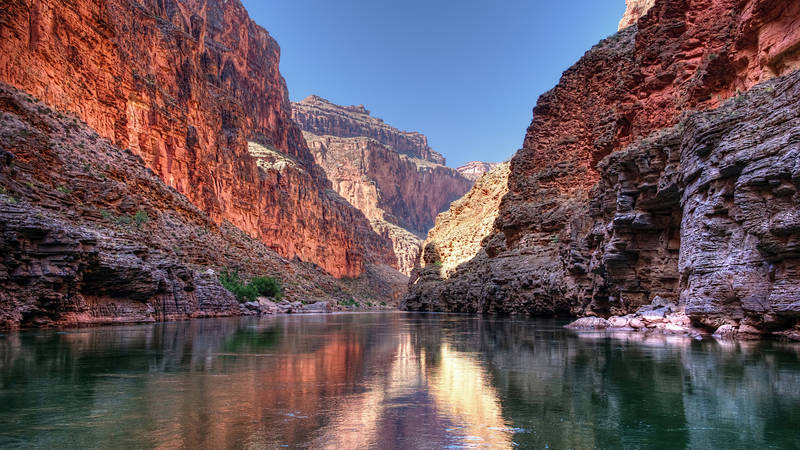 “This robust bill addresses the climate problem head-on by transitioning the nation to clean energy, reducing pollution, creating jobs and boosting the economy, all vital measures that will ensure our…

The bill would create significant tax incentives for clean energy industries such as wind and solar, efficient cars and home energy systems, and emissions capture technology, among many other benefits. The legislation also includes nearly $1 billion in funding for national parks across the country.

The bill comes at a crucial time for our public lands, which have been hit hard by rising sea levels, historic fires and floods, and extreme drought. Multiple disasters have harmed parks in just the last couple of months. Unprecedented floods devastated communities in and around Yellowstone. Researchers documented the lowest water level ever recorded at Lake Mead. And two new wildfires threatened historic old-growth sequoias in Yosemite’s Mariposa Grove.

Overall, the bill could reduce U.S. greenhouse gas emissions by 40% from 2005 levels by 2030 — the closest the country will have come to its pledge to reduce its emissions by 50% within this timeline, and an achievement that could significantly protect people from the worst effects of the crisis.

Here’s more on why we support this bill — and how you can join us in calling on Congress to pass it.

How would the Inflation Reduction Act help national parks and public lands?

A large column of smoke rises above a grove of sequoia trees at Sequoia and Kings Canyon National Parks in California during the 2021 KNP Complex Fire.

The National Park Service would receive nearly $1 billion in benefits to improve climate resilience across the park system, including:

Are there other notable provisions that will benefit parks and people?

The comprehensive bill’s greatest investment is in clean energy tax credits. It also offers a wide range of funding initiatives that will benefit the environment, compel polluting industries to pay their fair share, and provide incentives for consumers.

Are there drawbacks or provisions in the bill that are harmful to parks?

The scars of oil wells and roads on the landscape north of Chaco Culture National Historical Park.

NPCA does not support several measures in the bill. Most significantly, the bill links renewable energy development on public lands to new oil and gas lease sales. If the bill becomes law, for 10 years, the Interior Department would be required to offer oil and gas lease sales to be able to issue rights-of-way for wind or solar development on federal land. The bill would also reinstate offshore lease sales in the Gulf of Mexico and Alaska’s Cook Inlet, which NPCA opposes.

The benefits greatly outweigh the negative aspects of the bill, however. NPCA will continue to fight inappropriately sited new oil and gas leasing while also supporting the robust and historic climate benefits in the bill.

A 2022 national poll by NPCA found that a strong bipartisan majority of Americans see parks as part of the solution to address climate change.

National parks are already protected. Why do they need more funding? 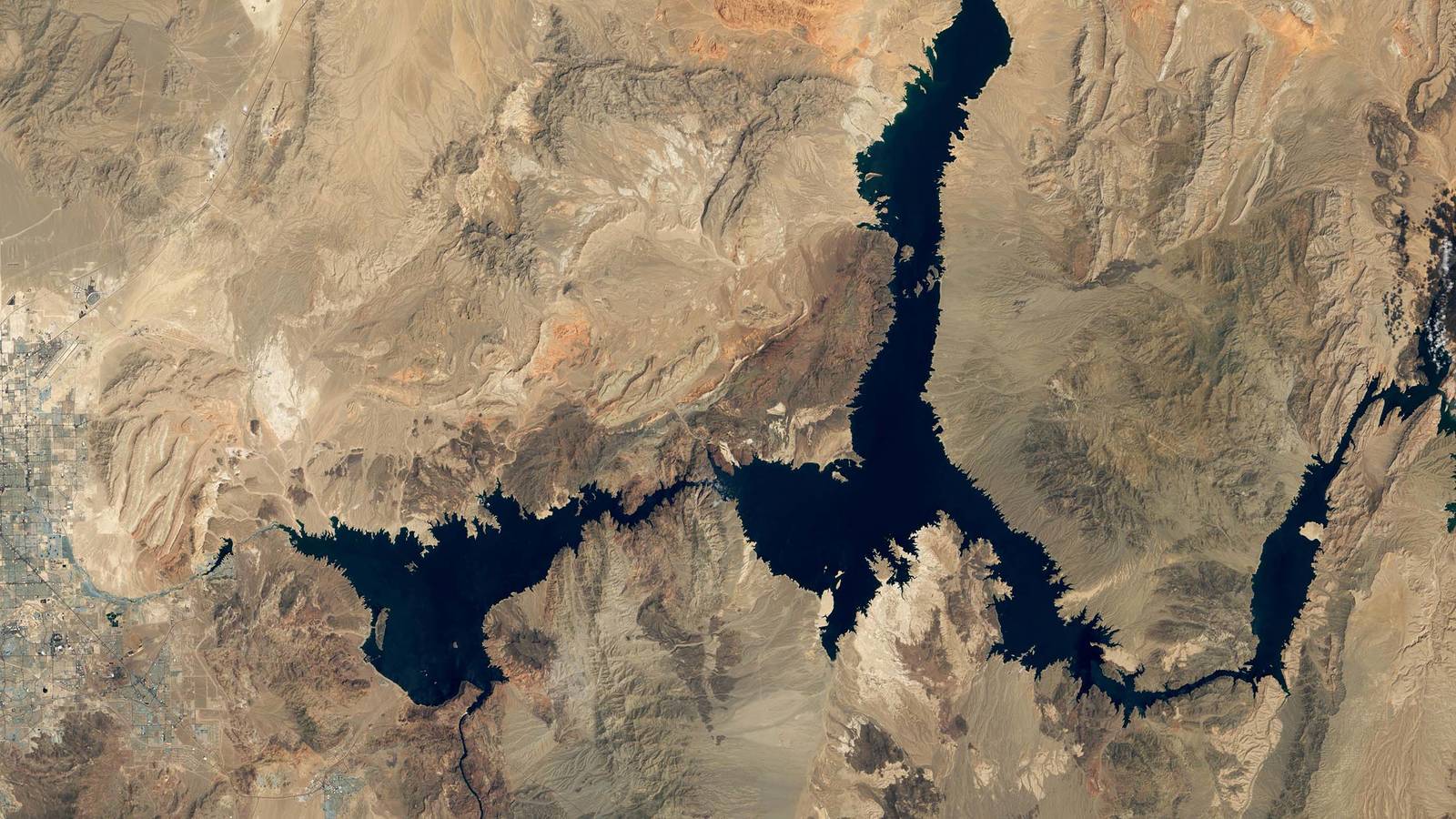 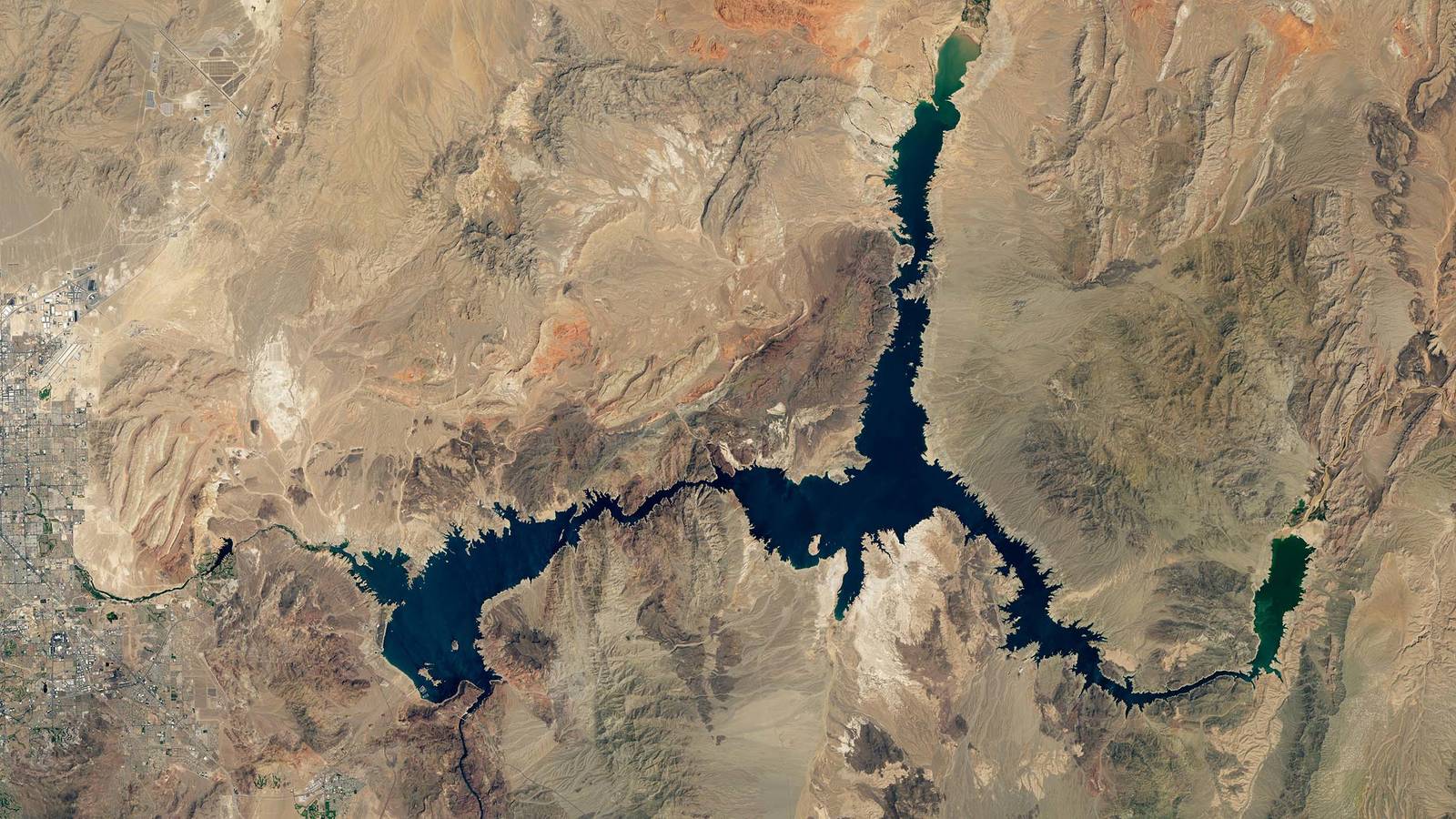 Photos from the NASA Earth Observatory show the stark contrast between the water level at Lake Mead in 2000 (at left) and in 2021 (at right). In July 2022, researchers recorded the lowest water level at the lake since the reservoir was established in 1937.

Climate change is the biggest threat our national parks face, and extreme weather continues to threaten beloved sites across the country.

A 2018 study found that national parks are warming, on average, at about twice the rate as the rest of the country, and a 2022 national poll by NPCA found that a strong bipartisan majority of Americans see parks as part of the solution to address climate change. And 83% of Americans, regardless of political affiliation, would be likely to support representatives in Congress who act to reduce the impact of climate change on national parks.

How will the government pay for these large funding measures and incentives?

By closing tax loopholes, enforcing existing tax code, and raising taxes and fees on large corporations, the architects of the bill estimate it will increase revenue by $739 billion to pay for its $369 billion in climate and energy security initiatives while reducing the deficit by more than $300 billion. The largest share of projected revenue would come from imposing a 15% tax on a handful of very large corporations that average more than $1 billion in profits over three years. The bill would not impose new taxes on small businesses or households making under $400,000 in annual income.

What are next steps for these measures to become law? 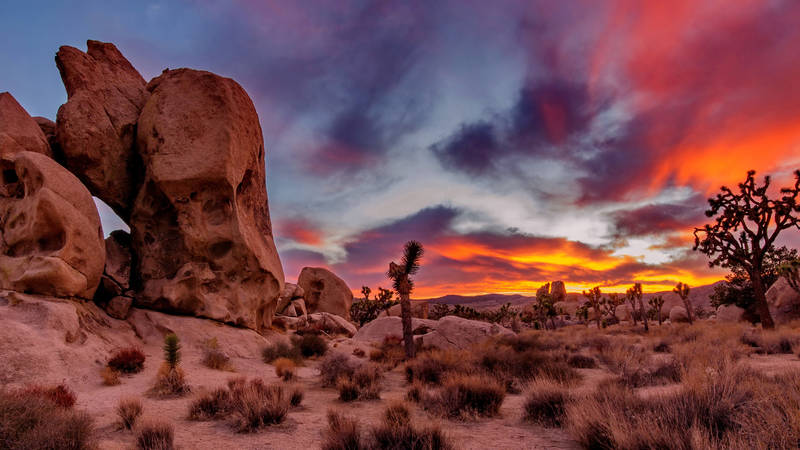 Senate Democrats are currently vetting the bill with the Senate parliamentarian to ensure that it complies with Senate rules under the expedited procedures known as reconciliation. This process allows a bill to pass the Senate with a simple 50-vote majority instead of a 60-vote majority.

The Senate could begin debate later this week. There is no limit on amendments, and debate could extend into the weekend.

Once the Senate acts, the House is prepared to come back from its August recess with 24 hours’ notice to pass the bill and send it to the president for his signature.

How is NPCA supporting the bill?

Sunset over the Anhinga Trail at Everglades National Park, one of many sites around the country that could be severely affected by sea level rise due to climate change.

NPCA has long been pressing Congress for climate action, sending multiple letters and policy priorities and spending hours meeting with House and Senate offices. NPCA staff are closely tracking provisions and amendments and communicating clearly with elected officials on how their votes will have real and serious consequences for people and parks.

NPCA members and supporters have written thousands of messages to their elected officials in the last year alone on the importance of passing responsible climate policies to avert the worst effects of the crisis. Although the speed of progress may seem slow compared to the magnitude of the crisis, this bill demonstrates a significant accomplishment achieved over years of advocacy.

“Climate change is happening right before our eyes, and the effects are only becoming more frequent and severe,” said NPCA President and CEO Theresa Pierno. “And it’s not just our national parks. Adjacent communities, especially our most vulnerable and overburdened populations, are being devastated by the effects of climate change, taking months and sometimes years to recover and rebuild. This legislation will help parks and surrounding communities become more resilient and better protected from the rapidly accelerating effects of climate change.”

The Inflation Reduction Act of 2022 is a necessary step forward to meet the needs of Americans, who are united as never before on the need to combat this crisis.