Can Parks Bring Us Together on Climate?

As the president shares his State of the Union address with a bitterly divided Congress, love for our parks is one of the few things they can actually agree on — and still fight for.

Glacier National Park, one of the many national parks that has experienced extreme effects from climate change.

Tomorrow night, President Joe Biden will set his priorities for the country in his first State of the Union address, and climate change will likely be a major focus of his speech. Just today, the Intergovernmental Panel on Climate Change released sobering information on how the crisis is even more urgent than our world’s best scientists had predicted. As the worsening crisis continues to threaten our health and our communities, including our parks, we need strong leadership — from the administration and from Congress — to save our children and the world as we know it from the most severe effects. 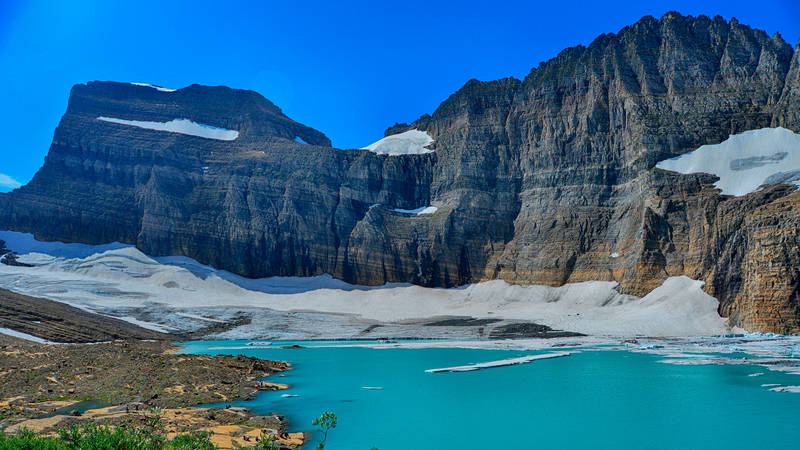 “As the worsening climate crisis continues to threaten our health and our communities, this poll shows national parks unite us and offer solutions for addressing it.”

Can national parks, which are affected disproportionately by the crisis, serve as common ground to advance some of the responsible climate policies that failed in the Senate last year? Staff at NPCA not only believe it is possible, we are also fighting hard to make it happen.

Americans overwhelming love our national parks, regardless of political party, and the same is true for members of Congress. Even as some of our country’s most beloved places burn in wildfires, sink under rising waters and dry up in withering heat, many parks still experienced record-setting visitation last year. Our parks have been places of refuge and solace during the pandemic. And Congress has overwhelmingly shown bipartisan support for these places, passing historic system-wide funding in the 2020 Great American Outdoors Act and unanimously voting to expand our park system with the Amache National Historic Site Act earlier this month.

Congress doesn’t want to see our glaciers melt, our Joshua and Sequoia trees burn, or Harriet Tubman’s former homesite wash into the ocean. But the clock is ticking, and we need real action now.

Biden’s $1.75 trillion Build Back Better bill proposed historic investments in our national parks and communities. Despite it hitting a wall in December, the president and members of Congress have not given up work on a bill that fights climate change. In fact, what many members of Congress supported and appear to still agree on are clean energy and climate programs. We urgently need strong bipartisan cooperation to address these issues.

Any policy that moves forward must include three key investments for our national parks and surrounding communities.

NPCA is calling for the biggest investment ever — nearly $15 billion — to address climate change in our national parks. This funding will:

2. Clean Energy and Vehicles in National Parks and Beyond

In 2021, Zion transition its visitor shuttle system to battery-electric vehicles.

To transition to a sustainable future, we must fund clean energy sources, both inside and outside our national parks. Investing $320 billion in renewable energy production and responsible transportation options will allow parks to:

3. Resiliency for our national park riverbanks and seashores

If anything can bring bipartisan compromise back to Congress, it’s our national parks. And if we ever hope to safeguard our parks, the resources they protect and the stories they hold for future generations to experience, our politicians must work together to act now.