Before selfies were in and big hair was out, Roger Minick traveled the country capturing photos of visitors at national parks.

Roger Minick didn’t mind the wait. He would sit at national park overlooks, camera in hand, while minutes turned into hours, the mellow morning light ceding to midday glare. Other visitors focused on the landscape, but he was more attuned to the comings and goings of his fellow travelers. A curious or endearing family interaction, an intriguing accessory or a loud outfit might catch his eye. “Often I would see the clothes before I would see the people,” he said.

The result is a kaleidoscopic archive containing thousands of photographs taken between 1979 and 2000 at popular destinations, from Bryce Canyon and Grand Teton national parks to Cape Canaveral and the Statue of Liberty. Before a battered railing at Grand Canyon National Park, a woman clutches binoculars, her black headband snug against a poof of curls. Three dapper friends sporting suspenders and hats pose in front of a steamy hydrothermal feature at Yellowstone National Park. The snapshots speak to the timeless tourist experience, that peculiar blend of wonder, kitsch and weariness. They’re also now a record of a bygone era, one free of smartphones and selfie sticks.

“After time, they do become like time capsules,” Minick said. “They really do take you back.” 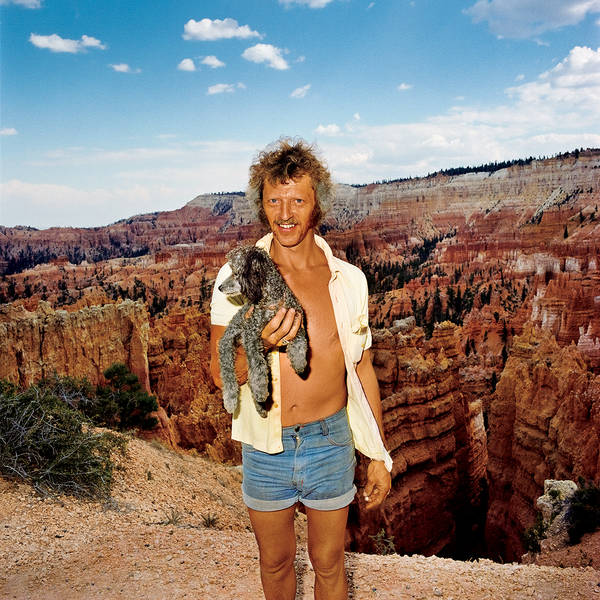 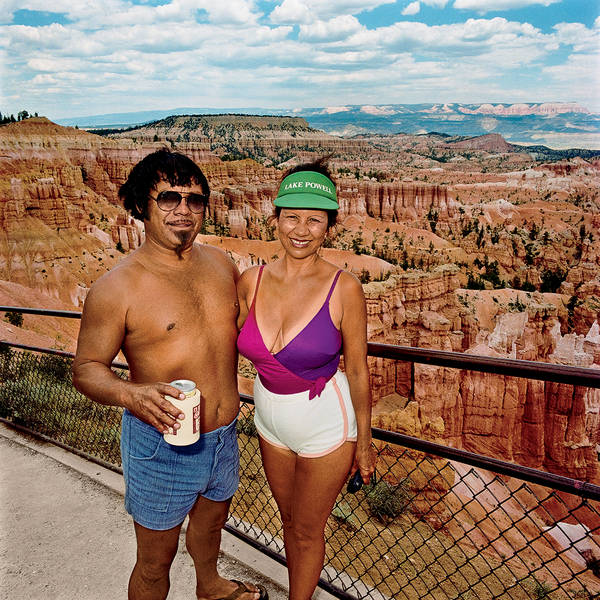 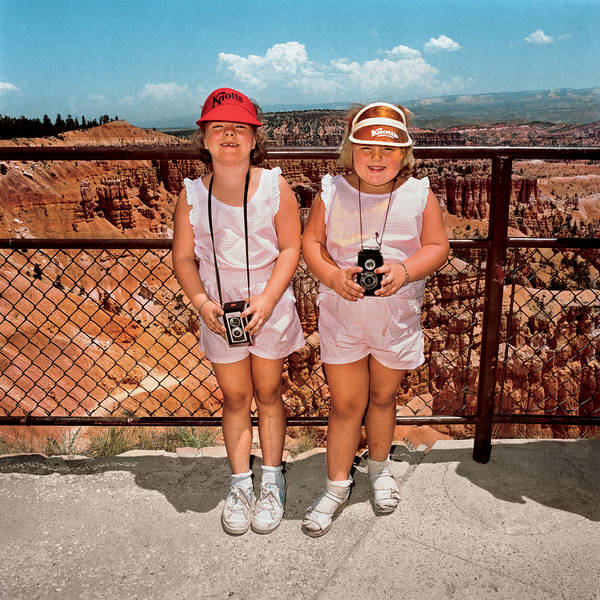 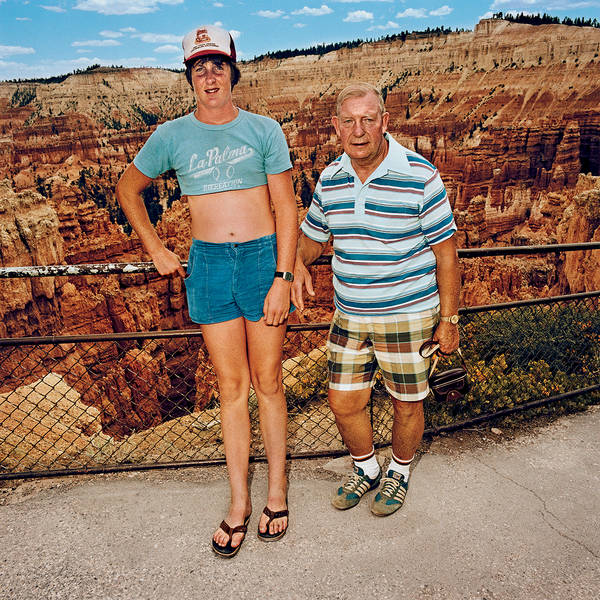 Minick spent six summers traveling the country for his Sightseer project. The first three years, he looped through roughly a dozen Western national parks, many of which he’d never seen. “It was a discovery on my part,” he said. “And that was exciting.” Then, after a 15-year hiatus, he returned to the road for three more summers, hitting landmarks across the Midwest and East. The images he took have lined gallery walls in San Francisco, Los Angeles and Osaka, Japan, and have appeared in two books.

The inspiration for the project stems from the time Minick spent teaching a landscape photography course at Yosemite National Park in the mid-1970s. He’d been intrigued by the carloads of visitors and their jostling, binocular-wielding, photo-happy behavior. So in May 1979, Minick and his wife rumbled away from their San Francisco Bay Area home in a Volkswagen van for two months of park-hopping. He shot his way from one panorama to the next, capturing all manner of tourists (whom he later referred to as “Sightseer americanus”) in their natural habitat. Armed with canisters of 400-speed film, his trusty Hasselblad camera and a mounted flash, he would burn through three or four rolls a day. 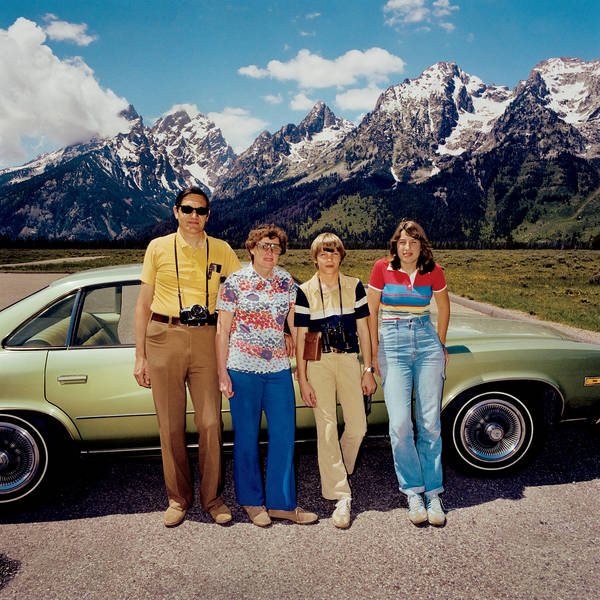 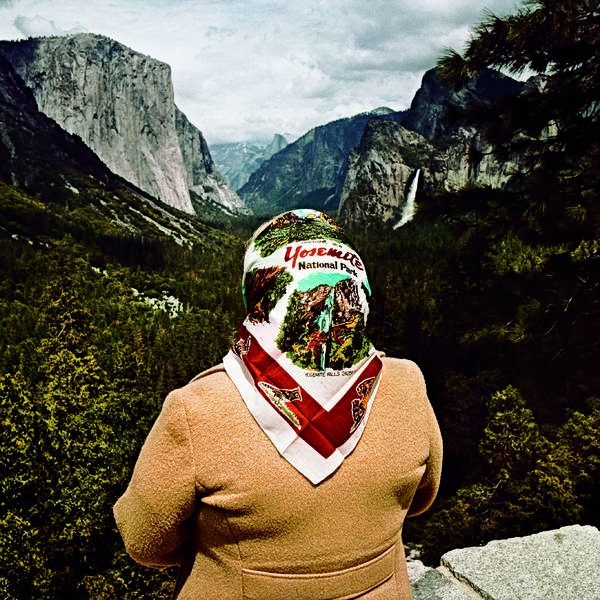 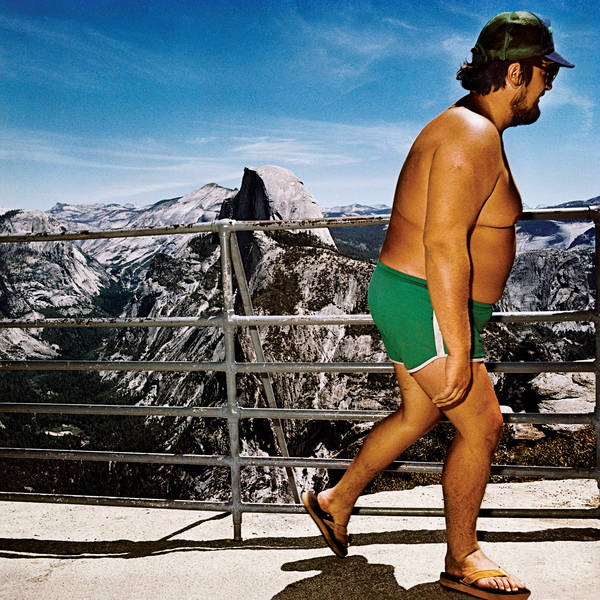 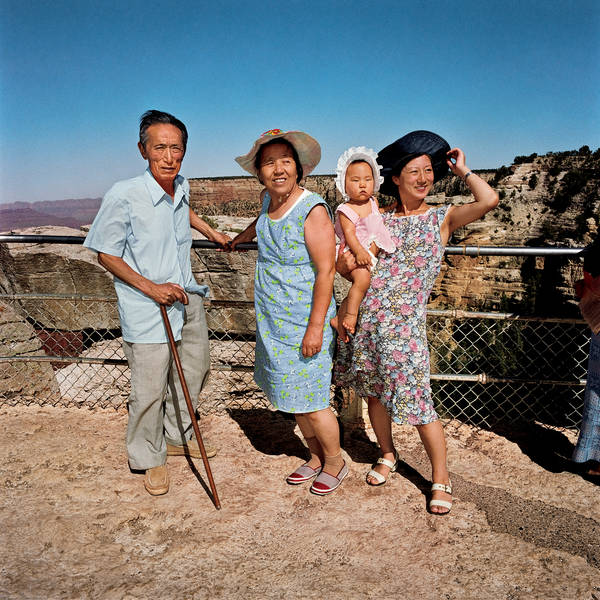 Minick, 77, has been a professional photographer for more than 50 years and a teacher of his craft for half that time. He has received a Guggenheim Fellowship and three National Endowment for the Arts grants, and his work has been shown at galleries and museums across the country, including the San Francisco Museum of Modern Art and The Metropolitan Museum of Art in New York. Influenced by the black-and-white documentary style of trailblazers such as Dorothea Lange, he has journeyed from the Ozarks of his childhood to the Sacramento-San Joaquin Delta to record, in unvarnished and haunting detail, the life and landscapes there.

Like so many of his projects, the sightseer series started in black and white. But, after developing the prints from that initial summer, Minick realized he needed to make the switch to color to convey the vibrant, peculiar — and sometimes outlandish — sartorial choices of tourists. “What I was seeing — the way people dressed, the colors and their interaction with the landscape — it seemed somehow unique and represented something that was going on at that time,” Minick said. 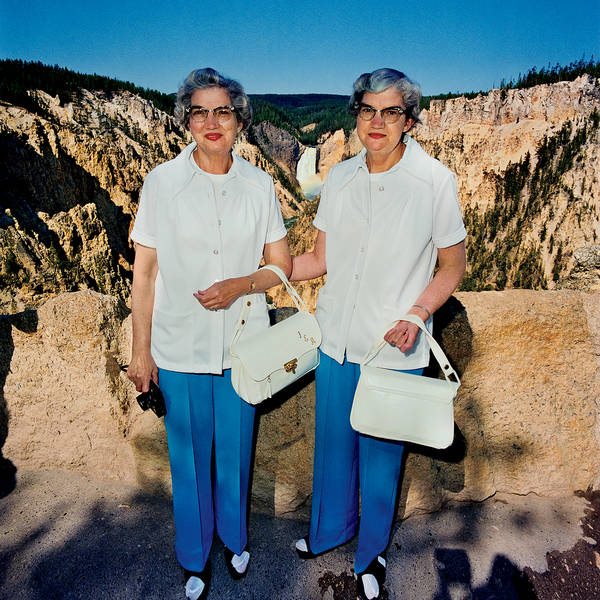 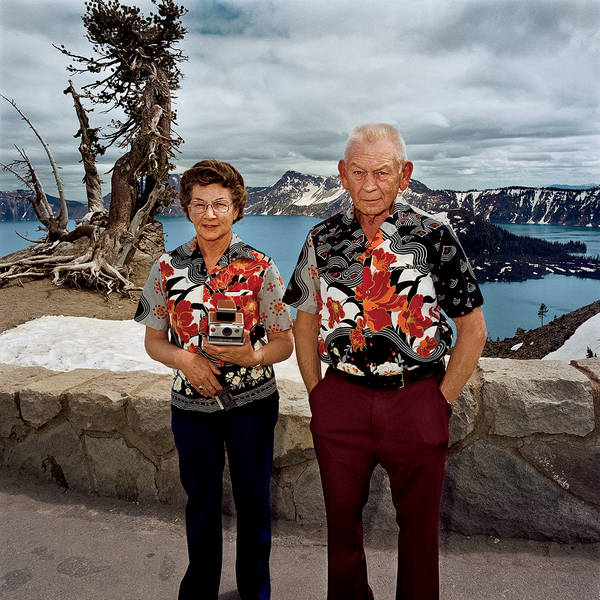 Most of the park visitors, even those who were harried or pressed for time, agreed when Minick asked to take their photo. (The offer of a free Polaroid from the camera he carried for just that purpose proved hard to refuse.) He’d allow people to assume whatever position felt comfortable, and then he’d get to work. He captured lone souls and assorted families, gap-toothed children and stooping seniors arrayed before cityscapes, waterfalls, parking lots and mountains. “It was just fun to play around, juxtaposing people and how they were dressed against the landscape,” Minick said. In his photographs, lurid Hawaiian shirts, bare chests, cowboy hats and even a shower cap are paired incongruously with the scenery’s grandeur.

One of Minick’s favorite images still has the power to transport him back to the day he took it. It was July 4, 1980. The weather was dreary; tourists were sparse. Minick, aware that he and his wife would be leaving Crater Lake National Park the following day, felt crunched for time. “And lo and behold, this car pulls up,” he said. “As soon as I saw the matching shirts, I was all over myself.” Looking through his viewfinder, Minick balanced the shirts’ bold graphics with the backdrop’s jagged lines, confident that the day’s soft light would serve him well. In the photo, a woman (the proud creator of the shirts) stands alongside her companion. A camera occupies her hands, while his are sunk into the pockets of his plum-colored pants.

“It was a perfect moment,” Minick said.

For more information about the photo project, visit sightseerseries.com.