Can Online Advocacy Still Make a Difference for National Parks?

This past year, we've seen two national monuments gutted, unprecedented areas of the ocean proposed for oil and gas leasing, and numerous environmental regulations overturned. NPCA may lose some battles in the fight to protect public lands, but we're in it for the long haul. Here are 5 reasons why it's critical to keep taking action, even when the odds seem stacked against our national parks. 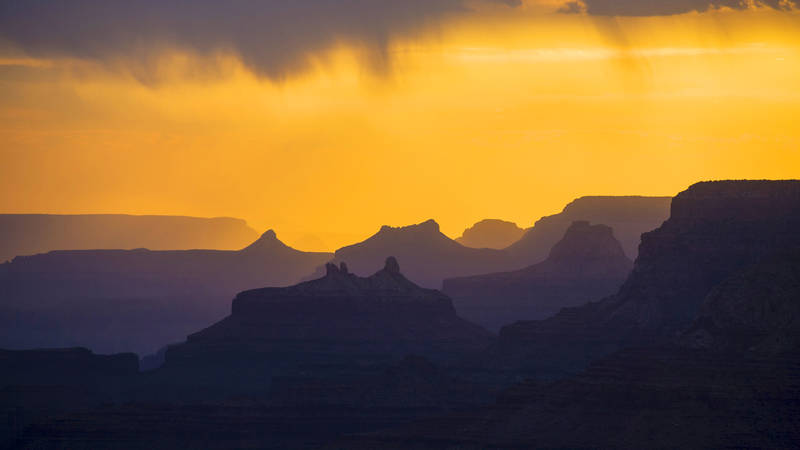 A Winning Combination for the Grand Canyon

Here’s how your letters of support helped to stop one of the most serious threats to this iconic park since it was designated nearly 100 years ago.

“Comments received were overwhelmingly in favor of maintaining existing monuments and demonstrated a well-orchestrated national campaign organized by multiple organizations,” he said, as if to imply that the comments were somehow less genuine simply because there were so many of them.

Secretary Zinke’s attitude seems to be growing more common in the current administration, and so it’s easy to understand why park advocates have been wondering if all those letters, comments and phone calls really make a difference.

I manage NPCA’s online advocacy program, and so I’ve given this a lot of thought. I wouldn’t be doing this job if I didn’t believe in the power of grassroots voices. Here’s why I believe that online advocacy matters, even in this age of information overload, cynicism and partisan divides.

1. It works. Just a few months ago, Secretary Zinke floated an idea to triple entrance fees at 17 of the most popular national parks. Park advocates spoke out, loudly and passionately. Through letters, comments and social media, we collectively let Zinke know that we’re willing to pay more, but that sudden, sharp increases run the risk of pricing some Americans out of their parks. Just a few weeks later, Zinke backed down and put forward a plan for slower, more moderate fee increases.

2. Conservationists know the value of the long game. The Grand Canyon was first protected by Theodore Roosevelt to prevent mining from ruining one of the world’s natural wonders. That was 1908. And for more than a century, companies kept fighting to mine there, with conservationists finally winning a mining moratorium for the Grand Canyon watershed in 2012. And when the mining companies try again, we’ll know that we can win — because we’ve done it before.

3. Actions create a record. Secretary Zinke’s decision-making process has been something of a mystery, but the regulatory process isn’t. Getting official comments on the record can make a big difference down the road. Future regulators, lawmakers and other decision-makers can use official comments as a starting point to revise or overturn weak regulations, and these comments can form the basis for litigation under the Administrative Procedure Act. The federal agency collecting public feedback must respond to arguments made in comments, and if the agency rejects a position in an arbitrary fashion, it can be challenged in court. When NPCA submitted comments opposing Dominion Power’s proposal to build 44 massive transmission towers in a historically significant region outside of Colonial National Historical Park, NPCA asked a visibility expert to submit information on how these towers would impair the landscape. When the Army Corps of Engineers rejected this argument without adequate explanation, it became one of the major arguments in NPCA’s ongoing litigation against this inappropriate development.

4. Visible actions can influence other targets. Remember how Secretary Zinke dismissed those 2.8 million comments calling for him to back off his plan to cut national monuments? Well, leaders across the country saw the groundswell of support and realized that they couldn’t sit on the sidelines. Dozens of senators and congressmembers have stepped up and introduced bills to protect Bears Ears, Grand Staircase and all the threatened monuments.

5. Parks can be the key. Decisionmakers may change their minds when they see how something affects a park. Last month, NPCA became aware of a harmful amendment to a funding bill that would have opened Ironwood Forest National Monument, managed by the Bureau of Land Management, to mining and drilling. Although the amendment did not affect any national park sites directly, when we explained to members of Congress that it could set a precedent that leaves national parks more vulnerable, an overwhelming number of lawmakers — from both parties — opposed it, defeating the measure.

In the current political climate, park advocates can show America that there are some issues that bring us all together. The more we speak out and make noise on behalf of the things that we all love, the more our friends and neighbors will see that America’s national parks are too precious to fall victim to partisanship and cynicism.