A Winning Combination for the Grand Canyon

Here's how your letters of support helped to stop one of the most serious threats to this iconic park since it was designated nearly 100 years ago.

#{image.caption}
A view of the sunset from Point Desert View on the South Rim of the Grand Canyon.   Photo © Jorg Hackemann/Dreamstime.

Next month, I get to deliver more than 10,000 emails thanking a U.S. Forest Service supervisor who stopped a developer from constructing a giant mega-mall just outside the Grand Canyon. 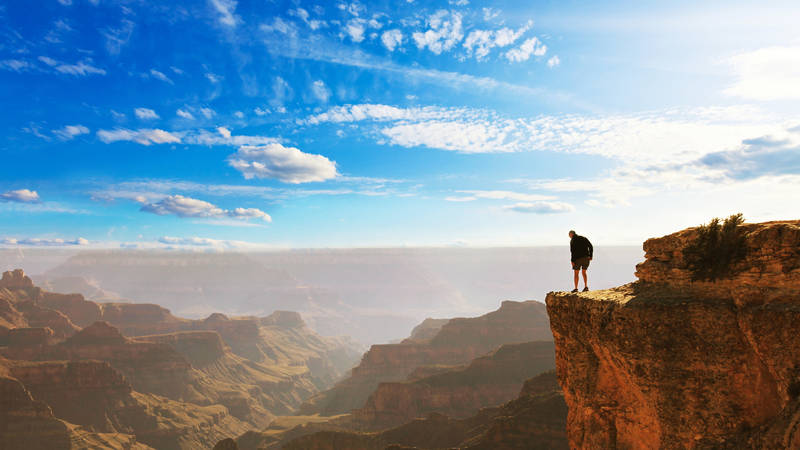 When she denied a permit to the developer earlier this month, she halted one of the most serious threats facing the park in its nearly 100-year history. The proposed 2,100 housing units and 3 million square feet of commercial space right near the canyon’s South Rim could have had a serious effect on the park’s ecology—especially the dozens of fragile creeks, springs, and seeps that rely on sparse desert water. Although the developers can still reapply for a permit, the Forest Service rejection letter sets a high bar for the protection of this landmark park.

I admit that the good news caught me by surprise. A victory of this magnitude often takes years to achieve—especially when it involves a heap of federal paperwork. Yet we were able to put an early stop to this wildly inappropriate project, thanks to three things:

I have the great honor and privilege of working to protect the Grand Canyon as a profession. I also defend national parks in my free time. As an NPCA member, I respond to every opportunity to add my voice on an issue, and I know how it feels sometimes to hit send on a message and wonder if it really has much effect. But my years of work in this arena have shown me that it does.

From public comments on wonky park management documents to direct requests to the president himself, each time I show my support on an issue I have the power to influence decisions. In some cases, emails from park lovers are the only way to counter the oversized clout of a wealthy multinational corporation or political bloc that could hurt the special lands and historic resources that belong, first and foremost, to the public.

The work to protect the Grand Canyon is never done. Next month, we will be reaching out to advocates like you again after reading through a 600-page environmental impact statement on how water released from the Glen Canyon Dam affects resources along the Colorado River. It can be a challenge sometimes to transform a passion for nature and history into a series of detailed comments on a water management plan. But knowing that the Colorado River feeds one of the most beautiful places in the world, and that people want to do whatever it takes to protect it—that makes my job easy.

I am grateful to work for an organization that bands together as a team to get difficult victories accomplished—but none of us can do it without people behind us giving a damn. Thank you for being the sort of person who cares about protecting our national parks. It helped the Grand Canyon, and continues to help every time you hit send.