A quick guide to the Water Resources Development Act and why it matters for national parks.

America’s worn-out and deteriorating infrastructure needs significant improvements. NPCA has long maintained that our country can build and repair roads, bridges, transit systems and other critical national projects without compromising our air, water or land or disregarding the important laws that protect our health and our national parks. In fact, doing so is essential to our future. 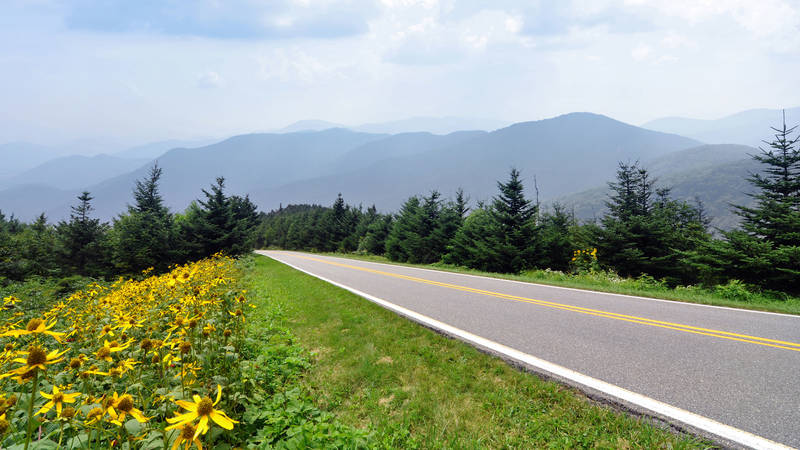 New blueprint to improve America’s roads and bridges would provide a much-needed boost for parks, natural spaces and historic resources

The Water Resources Development Act is an opportunity for Congress to authorize positive infrastructure developments that benefit the nation’s economy without harming our environment. This legislation specifically addresses ways to manage U.S. water, including flood protection, storm mitigation and ecosystem restoration.

Provisions in the bill affect drinking water, wastewater and stormwater runoff, among other public health and national park concerns. Most of the projects are managed by the U.S. Army Corps of Engineers, the country’s main federal agency dedicated to public engineering, design and construction, although other federal agencies may sometimes be involved.

Here is a quick guide to why the law is important for national parks and how NPCA is monitoring its progress on Capitol Hill.

What is the Water Resources Development Act?

This federal legislation manages various aspects of our nation’s water infrastructure, from dams and flood control to harbor improvements and storm mitigation. The bill typically focuses on the Army Corps of Engineers, authorizing the agency to undertake specific projects or to reform its often cumbersome and lengthy decision-making process. Lawmakers typically introduce a variation of this bill every two years. The last bill of this kind passed in 2016.

What is the Army Corps of Engineers?

The Army Corps is a federal agency of 37,000 military and civilian engineering professionals that has been around since President George Washington appointed the first engineer officers in 1775. Since then, the Army Corps has played a central role in building and maintaining our country’s development projects. From the beginning, it has contributed to both military construction projects as well as works “of a civil nature,” including surveying roads and canals, mapping the Western frontier, and constructing buildings and monuments in Washington, D.C.

Why is the Water Resources Development Act important to parks?

Development projects can have a tremendous impact — both positive and negative — on national parks across the country. In the 19th and 20th centuries, Army Corps projects damaged many natural ecosystems. For example, the Army Corps’ canals and dikes in South Florida cut off the Everglades from its free-flowing freshwater sources, disrupting what Marjory Stoneman Douglas called the “River of Grass.” Throughout the country, dams and reservoirs can change river flows and alter wildlife habitats across many landscapes. More recently, though, the Army Corps’ mission has expanded to not only repair some of this damage, but to improve its expertise in restoring major ecosystems around the country.

Which parks does the Water Resources Development Act affect?

Everglades National Park: Years of changing the natural flow of water in South Florida have affected one of America’s unparalleled landscapes in numerous ways. From the dikes around Lake Okeechobee to Tamiami Trail, the Everglades has been starved of the water it needs to support its unique wetlands. The Army Corps is working to correct these problems to send freshwater south to the park through a plan known as the Comprehensive Everglades Restoration Plan, authorized in 2000. Because the plan includes various restoration projects, NPCA works on each water bill to ensure that it includes necessary projects that are ready to be constructed. This year’s bill includes a new reservoir proposed south of Lake Okeechobee that will store and treat water and ultimately send more clean water to Everglades National Park and Florida Bay. 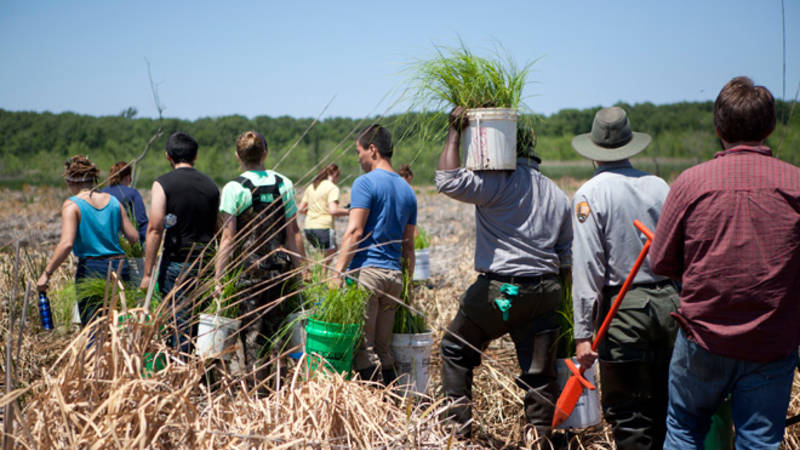 The national parks of the Great Lakes provide valuable economic benefits for the region. Now, an important source of federal funding will help protect what makes these places so special.

Gateway National Recreation Area: Nestled in the shadow of New York City, the nation’s largest urban area, Gateway National Recreation Area serves as a playground for millions. However, centuries of industrial and residential development have resulted in extensive damage to wetlands, streams, island rookeries and important habitat. The Army Corps is working with the National Park Service to restore tidal marsh and natural breakwaters that prevent coastline erosion at Jamaica Bay, an 18,000-acre wildlife refuge southeast of Brooklyn.

Indiana Dunes National Lakeshore: The Army Corps has been restoring and protecting the Great Lakes region, ramping up their habitat and ecosystem work since 2010 under a program known as the Great Lakes Restoration Initiative. Work includes the area around Indiana Dunes National Lakeshore and other Great Lakes parks. Projects throughout this enormous watershed are helping reconnect wildlife and people to the Great Lakes, a source of drinking water for 30 million people. This bill would support work in northwest Indiana to restore wildlife habitat, protect water quality and clean up years of toxic pollution near the lakeshore, which is a place for sand and solitude about an hour southeast of Chicago.

What are we watching out for in the 2018 bills?

Members of the Senate and House have already introduced new legislation to authorize Water Resources Development Act projects. NPCA will be watching to ensure that both bills protect our parks by:

This bill has the potential to address a host of important water restoration needs without sacrificing environmental protections. NPCA encourages Congress to continue to support these important infrastructure and restoration projects to improve our water quality, our coastlines, our economy and the health of our national parks.