New blueprint to improve America’s roads and bridges would provide a much-needed boost for parks, natural spaces and historic resources

#{image.caption}
The Blue Ridge Parkway in western North Carolina, with a view of the Great Smoky Mountains in the background.   Photo © David Carillet/Dreamstime.

Earlier today, Senate Democrats released a blueprint to fund improvements to America’s infrastructure. And now that we’ve looked it over, it’s clear that this is an infrastructure plan that park lovers should all support.

Unlike a Trump administration proposal released last month, today’s plan would result in positive changes for our roads and bridges — without sacrificing any protections for parks and public lands. In fact, this proposal would bring a lot of help to national parks, historic and cultural sites, and other public lands.

Here are a few reasons park lovers should support this blueprint. 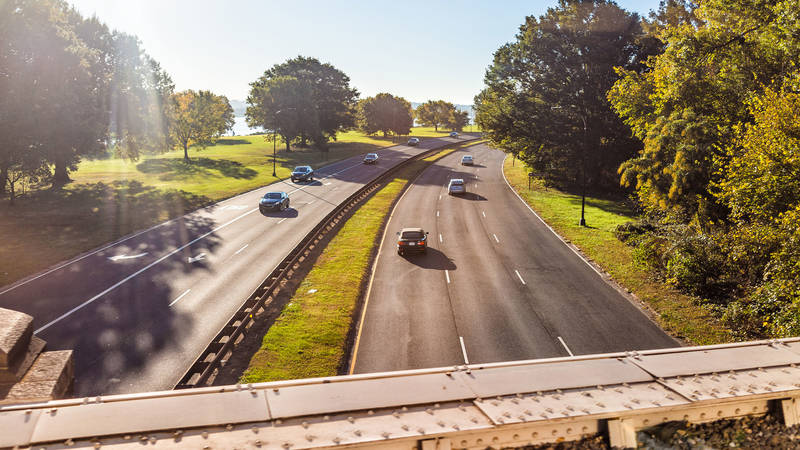 NPCA outlines 5 of the most dangerous elements in the Trump administration’s infrastructure proposal and examples of how they could affect national parks.

1. None of these construction and maintenance projects would be paid for at the expense of public lands and waters. Instead, this plan funds infrastructure work by rolling back some of the controversial corporate tax cuts passed in December 2017. We don’t need to sacrifice public lands and environmental protections to improve America’s infrastructure.

2. The plan would fund not just roads and bridges, but sites of historic and cultural significance, allocating $500 million to historic preservation needs. Grants from this fund support a range of nationally significant projects, from historic properties on state and tribal lands to structures at historically black colleges and universities.

3. The National Park Service would receive $5 billion to address the growing infrastructure needs of our parks. This funding would allow the agency to make significant progress on its $11.6 billion backlog of maintenance and repair needs. That means infrastructure within parks would get dedicated, no-strings-attached attention.

5. The plan recognizes the importance of our nation’s natural resources and public health. Rather than steamrolling environmental laws that protect our parks and communities, the Senate Democratic plan funds diverse infrastructure needs while keeping our bedrock laws — such as the Clean Water Act and the National Environmental Policy Act — fully intact.

This plan could serve as the gold standard for how our nation can accomplish ambitious infrastructure development goals within and beyond parks, while also protecting and improving the iconic and inspirational places that make America proud — all without robbing existing federal funds or harmful development of our nation’s resources. Today’s plan proves that big, important projects, as well as investing in rural America, don’t have to come at the expense of protections for America’s national parks or other public lands and waters. This plan, in addition to the National Park Service Legacy Act, bipartisan legislation that would provide dedicated annual funding for national park infrastructure, Congress can make a big difference for national parks.

NPCA urges all members of Congress to support this forward-thinking blueprint as one option for addressing our national park infrastructure needs.