On World Water Day, I’m speaking out against a plan to build a new spaceport near Cumberland Island.

Cumberland Island National Seashore is a national park site on Georgia’s largest and southernmost barrier island with something extraordinary to offer in every direction.

On the Atlantic side, visitors can explore nearly 20 miles of natural unspoiled beach, with land stretching so far in the distance that it drops from sight with the curve of the Earth. To the west, a highly productive marsh supports oysters and fish nurseries and provides a rich source of nutrients for coastal marine life, helping to attract a quarter of a million fishermen and women to the Georgia coast each year. The north and south sides of Cumberland Island are bounded by rivers, sounds and marshes, and in the middle lies the largest maritime forest in the United States. Over 9,800 acres of the island is designated wilderness area; rare, unspoiled public places like these account for less than 5 percent of the land in the country.

The island is only accessible by boat, allowing visitors to disconnect from the hustle and bustle of everyday life and simply enjoy the wilderness. The sounds you hear are natural, the night sky is full of stars, and the human history spans more than 4,000 years.

Unfortunately, a new development project is putting these natural wonders in jeopardy. The Federal Aviation Administration (FAA) recently released a draft environmental impact statement that could allow developers to build a spaceport in Camden County, the gateway to Cumberland Island. The proposed Spaceport Camden would be located only 2 miles away from the national seashore.

NPCA is strongly opposed to a commercial spaceport operating this close to the park. Rocket launch activities from Spaceport Camden could have a negative impact on the water at Cumberland Island, threatening the economic viability of this unique tourist destination. Visitors spend more than $2.6 million in and around the park each year. 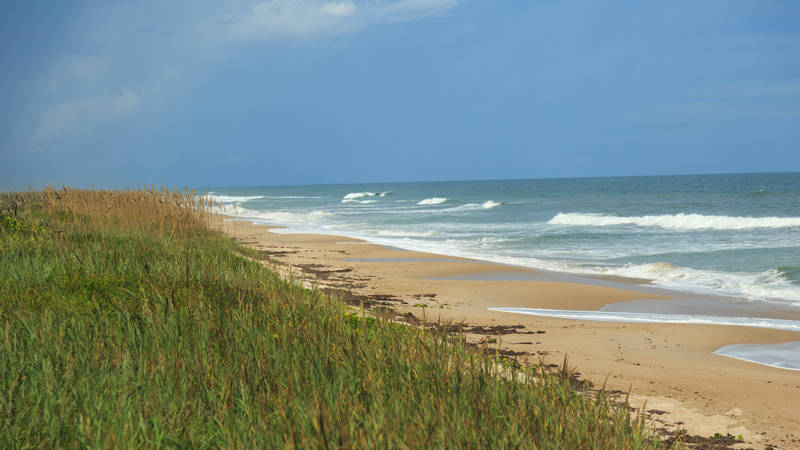 5 Wild Places for a Beach Vacation

An advocate for vehicle-free beaches praises some of the last undeveloped places along America’s coasts — and why protecting these untamed lands is so important.

If this plan moves forward, researchers estimate each launch will require 250,000 to 400,000 gallons of water. Withdrawing this amount of water up to 12 times a year would affect the quantity and quality of the waters that sustain Cumberland Island’s freshwater wetland environment. The possibility of fire, falling debris and fuel discharged during rocket launches in and around the national seashore is of great concern. Rockets launched from Spaceport Camden would travel directly over Cumberland Island National Seashore, putting the park’s wetlands and wildlife in harm’s way from flaming debris and harmful chemicals.

Today, as we celebrate World Water Day, I am reminded of places like Cumberland Island, with its thousands of acres of salt marshes, mud flats, tidal creeks and freshwater wetlands. Water is perhaps the most critical component on the island, vital to the survival of wildlife and natural areas, and central to the recreational opportunities the seashore offers. Its estuaries and salt marshes shield coastal areas from storm impacts, while its wilderness areas provide safe haven for its wildlife, many of which are threatened or endangered, including the Eastern Indigo Snake, Red Cockaded Woodpecker and Gopher Tortoise. Manatees, dolphins, sea turtles and whales also depend on the coastal waters off Cumberland Island for its ideal calving and nursing grounds.

The FAA must prioritize public safety and protect the cultural, environmental, recreational and economic values that Cumberland Island National Seashore provides. I hope you will join me in asking the FAA not to allow a spaceport so close to this nationally significant, delightfully wild barrier island. Other, more appropriate sites exist. Our national parks belong to all Americans, and we must protect them so that future generations can experience the unspoiled serenity of this national treasure.