The National Park Service has designated the thermal features such as geysers and fumaroles at 16 national park sites as "significant," a label that affords them more stringent protections. Only one of these parks lies east of the Rockies.

Steam rises from the only national park site east of the Rockies deemed by the National Park Service as having "significant" thermal features.

Among the wonders of nature preserved in the National Park System are the geysers, mud pots and hot springs that are often associated with volcanic activity. Some of these steamy and burbly attractions are so extraordinary — Old Faithful in Yellowstone, for example — that they have a special law designed to preserve them. 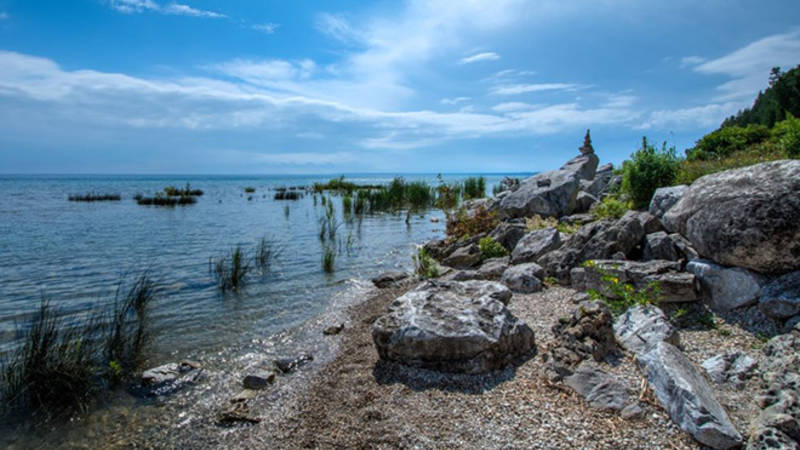 The First National Park East of the Mississippi

Congress designated Yellowstone as the world’s first national park in 1872, inspiring a lasting fascination with the rugged landscapes of the West. The first U.S. national park east of the…

Under the provisions of the Geothermal Steam Act of 1970, the Department of the Interior will not issue leases for geothermal plants that could have a negative impact on thermal features deemed “significant” in national parks. These power plants pull hot water from the ground and use the steam to drive turbines and generate electricity. Some of the water can be reinjected into the ground, but this activity can affect the pressure, temperature and composition of the water feeding the thermal features inside a nearby national park, even if the plant is located miles away. That’s because springs and fumaroles are the surface manifestations of wide-ranging underground networks that often extend beyond park borders. (Decades ago in Warakei, New Zealand, a geothermal power station caused nearby geysers and hot springs to stop flowing, and tourism dwindled as a result.) With that in mind, the U.S. government has rejected more than 200 applications for geothermal leases west of Yellowstone, for example.

Sixteen national park sites have been granted protection under the act, either for the entire park — as is the case for Yellowstone — or for specific springs within a park. Most are located in the western part of the country, with the bulk in Alaska, Hawaii and the Cascades, but one park in the East is included: Hot Springs National Park in Arkansas.

Unlike most features protected under the act, those at Hot Springs are not volcanic in nature. Scientists from the U.S. Geological Survey determined that the water in the springs is originally rainwater that fell more than 4,000 years ago. After percolating slowly into the ground and reaching depths of 4,500 to 7,500 feet, the water collects heat— the temperature of rocks generally increases with depth — and then travels through cracks back to the surface where it emerges at an average temperature of 143°F. The U.S. government designated the area as the “Hot Springs Reservation” in 1832 — some four decades before Yellowstone National Park was established — at about the same time the first rudimentary bathhouses were built. The area officially became Hot Springs National Park through an act of Congress in 1921.

"The concern is that if you punch a hole in one place for geothermal energy development it will affect those surface features that are part of the same geothermal field,” said Ernie Atencio, NPCA’s New Mexico program manager.

NPCA supports the proposed designation and is simultaneously calling on the U.S. Forest Service to deny an existing lease application for geothermal exploitation that would take place right next to Valles Caldera.