I first became aware of the inspirational value of national parks as a teenager when I visited Gettysburg National Military Park with my family. Standing at Little Round Top on a warm spring day, I could imagine the noise and confusion of battle. The powerful feeling of being there witnessing the place where that incredible conflict occurred was so real that it made the hair on my neck stand on end. 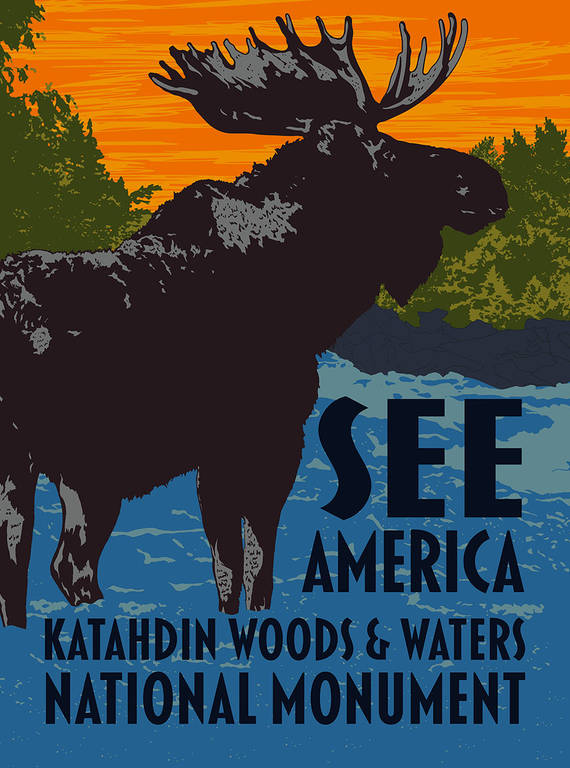 Our national parks have inspired me for decades. I felt that same emotional power visiting Ellis Island, part of Statue of Liberty National Monument. I imagined immigrants streaming through the Grand Hall, their fates decided in seconds by a medical examiner who allowed those deemed healthy to continue and those who were not to stay behind, even if they were members of the same family. I have felt it standing next to a giant sequoia at Sequoia National Park or on the rim of Ubehebe Crater in Death Valley National Park. Each of the 413 places that make up our National Park System inspires these kinds of powerful experiences.

I’m far from the only person who lists our national parks as a muse. From documentary filmmakers Ken Burns and Dayton Duncan to photographer Ansel Adams to author Terry Tempest Williams, national parks have inspired artists of all disciplines for more than 100 years. Original works by artists Alden Leonard and Brixton Doyle grace the walls of my own home. Leonard created a design to commemorate my favorite Delaware state park, Cape Henlopen, and Doyle created one to celebrate Stonewall National Monument in New York City, which was designated this year. These two works are among the more than 2,000 that have been created since the Creative Action Network teamed up with NPCA nearly three years ago today. 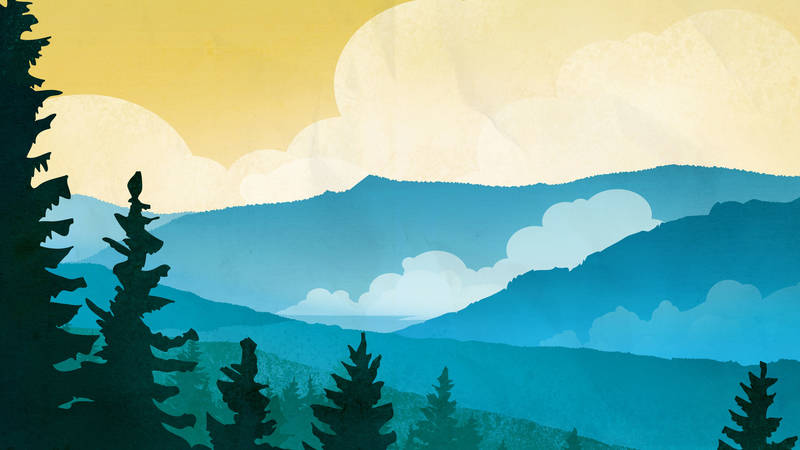 A new book features 85 posters of national parks by contemporary artists and designers.

When Creative Action Network co-founders Max Slavkin and Aaron Perry-Zucker approached NPCA with the idea of starting a crowd-sourced revitalization of the New Deal era See America campaign, their personal passion and generous spirit were as intriguing as their proposal. I was touched by the story of Max and Aaron, childhood friends and self-described “New Deal era junkies” who wanted to translate that movement into present day. Their commitment to bringing art to the people and celebrating our national parks in a unique way convinced me to support the partnership. Our work together has connected audiences and artists to national parks all over the country. It has also drawn attention to NPCA’s work, and our partnership continues to grow.

While the work of so many artists is confined to studios and gallery walls, the See America project fosters the same philosophy of accessibility found in our national parks. Creative Action Network shares the designs in an online gallery and welcomes submissions from artists of all levels of experience. Along with the designs themselves, I’ve enjoyed finding out more about the artists through the statements that accompany their designs. “Pride of place has now become a place of pride!” said artist Brixton Doyle of his Stonewall design. 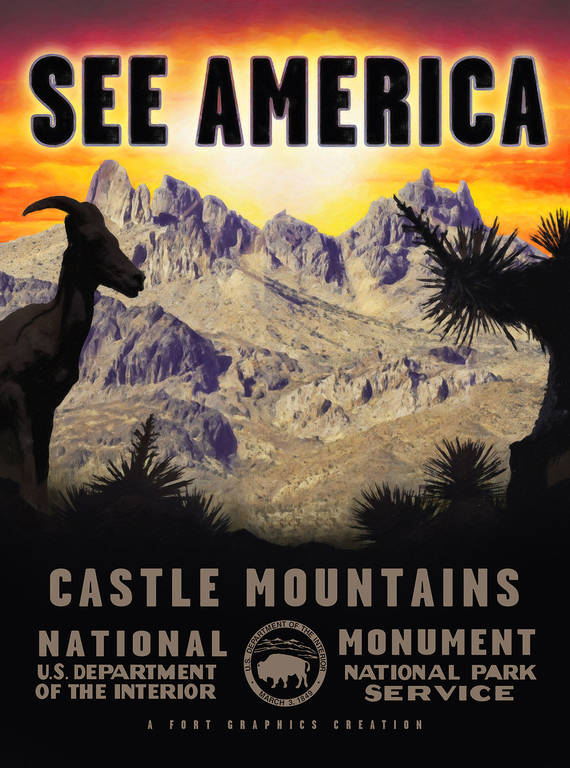 The artwork also has become a way to celebrate our work. This year alone, designs were created of new additions to the National Park System that NPCA helped to make happen, including Castle Mountains, Stonewall, and Katahdin Woods & Waters National Monuments. Although I have yet to hike in Castle Mountains, the design by Justin Weiss tells me I should make the effort.

Last spring, See America designs adorned the halls of the National Building Museum in Washington, D.C., at our annual Salute to the Parks event, where Max and Aaron received our prestigious Robin W. Winks Award for enhancing public understanding of the National Park System. See America artwork also has graced outreach materials celebrating our victories and drawing attention to our park protection campaigns.

Even with nearly 2,000 See America posters, many more opportunities exist for additional designs. At least 200 parks are not yet represented in the campaign artwork, from Rainbow Bridge National Monument to the Vietnam Veterans’ Memorial. You can find the complete list on the Creative Action Network website. And while you are browsing the site, consider who on your holiday list might enjoy one of the hundreds of designs that do exist. The posters can provide a wonderful way to share the inspiration of our national parks with friends and family during this holiday season and all year round.