NPCA regularly supports the National Park Service and its core mission to protect our nation’s most iconic and inspirational places. But when the agency recently approved plans to allow extensive oil and gas testing in Big Cypress National Preserve, NPCA went to court to stop it. Here's why.

In early May, the National Park Service stunned the conservation community by saying that it would allow extensive oil and gas exploration in the Big Cypress National Preserve in South Florida. The agency is currently prepared to let the Texas-based Burnett Oil Company operate heavy equipment across 110 square miles of protected wetlands and upland forests, with the intent to eventually drill. Before approving the plan, the Park Service conducted only the most cursory review, did not seriously consider alternatives to avoid or minimize harm, and ultimately declared that the testing would have no significant environmental impact.

We at NPCA could not disagree more. This seismic testing represents the first stage of a four-part plan that would allow enormous trucks to barrel through sensitive wetlands, disrupting wildlife and vegetation, compacting the soil, and leaving ruts throughout the preserve. It is an irresponsible course of action that could permanently damage the preserve.

NPCA regularly supports the Park Service and its core mission to protect our nation’s most iconic and inspirational places. Our first priority, however, is to the parks themselves.

#{image.caption}
The endangered Florida panther. Only about 160 still exist in the wild.   Photo © Joedube717/Dreamstime.

NPCA sued the Park Service in July to compel the agency to uphold its legal responsibility to protect the preserve. We aren’t alone in our concern — we are joined in the lawsuit and represented by the Natural Resources Defense Council. Additional co-plaintiffs include the Conservancy of Southwest Florida, South Florida Wildlands Association, the Center for Biological Diversity and Earthworks. Our concerns are also shared by dozens of scientists and professors in South Florida and thousands of NPCA members who spoke out against the proposal.

The situation at Big Cypress is a difficult one. When the previous owners of the preserve lands, the Collier family, conveyed the land that became the original preserve in 1974, they only conveyed the surface lands, while retaining ownership of much of the minerals below. This split ownership is known as a “split estate,” and it’s common in areas where there are interests in mining or oil and gas drilling. 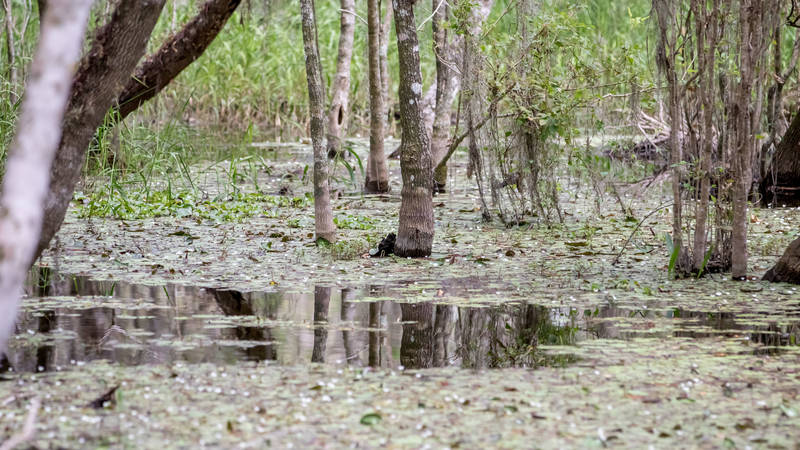 A proposal to test for oil and gas inside Big Cypress may forever alter this national preserve.

At Big Cypress, the federal government ended up owning the surface of more than 700,000 acres of beautiful swamp, prairie and cypress forest, while any oil and gas located beneath the surface is owned by private individuals who, whenever they so desire, could decide to seek government approvals to drill for oil and gas. But even though those subsurface mineral rights are privately owned, the Park Service can — and should — use its full powers to protect the preserve.

In fact, the fundamental mission of the Park Service is to “conserve the scenery and the natural and historic objects and the wild life” of the national parks, no matter what a private oil and gas company wants to do. The agency hasn’t upheld that obligation here.

If the Burnett Oil Company moves ahead with its plan to explore the preserve, the first step is to get a better sense of where the pockets of oil and gas are. To do that, Burnett proposes using vibroseis trucks, 30-ton vehicles that use seismic waves to create images of subsurface rock and other materials.

These trucks would drive through Big Cypress to get these images — all around the swamps and cypress forests and prairies on lands owned for the benefit of the public and managed by the National Park Service. Burnett proposed conducting most of its testing on lands without any roads or trails, in areas inhabited by critically endangered Florida panthers, as well as eight other endangered or threatened species, and hundreds of other species of plants and animals. The trucks would create ruts in the soil, force animals to flee and require cutting down numerous trees. These trucks are typically used on dry landscapes, and little is known about how they will perform in a swampy ecosystem – preliminary tests suggest that they can easily become mired in the mud, spinning their wheels. The impacts on Big Cypress would be massive.

The Park Service has the option to deny Burnett’s plan. The agency is required by the National Environmental Policy Act to study how the seismic testing plan will affect the preserve and to consider all reasonable alternatives to the oil company’s proposed plan. However, despite the enormous footprint this project would have on the preserve, major questions remain unanswered about how severe the impacts will be on the preserve and its wildlife, and how Burnett might be able to avoid or minimize those impacts. That the Park Service approved the proposal without answering those questions is unacceptable, and we have challenged its approval in court.

NPCA will continue to support the Park Service in its mission, helping the agency enter its second century stronger, more effective and better funded. But when it comes to irreplaceable landscapes and wildlife habitat like the wetlands at Big Cypress, our first allegiance will always be to our national parks.

UPDATE: In April 2017, the United States District court for the Middle District of Florida ruled against NPCA and the other litigants, permitting the Burnett Oil Company to move forward with seismic testing. The company finished the first round of seismic testing in late June or early July. Impacts to the preserve are evident. Documents obtained through public records requests have shown that some of the vibroseis trucks got stuck in the preserve. Rutting was observed, as was the cutting of several large trees. NPCA is continuing to challenge the lack of care and mitigation by Burnett Oil Co., and we will continue working to protect the preserve and the greater Everglades ecosystem.