A proposal to test for oil and gas inside Big Cypress may forever alter this national preserve.

What would you do if a 30-ton truck drove through your home? If you’re one of about 160 Florida panthers left in the world, you’d have no choice but to leave your den of youngsters and run. Maybe you’d flee onto a road, where you’d become another roadkill statistic (30 panthers were killed this way last year—a new record). Maybe you’d flee into another panther’s territory, resulting in a deadly fight—another leading cause of panther mortality.

Maybe a better question is: Why is the National Park Service (NPS) allowing 30-ton trucks to drive through the heart of Florida panther habitat?

The answer, unbelievably, is to allow a private company to identify areas suitable for oil and gas drilling. Inside a national preserve.

It’s true. Much of the mineral rights beneath the surface of Big Cypress National Preserve are privately owned, and the Burnett Oil Company is close to getting approval from NPS to use massive trucks to plow nearly 1,000 miles of new trails through roadless areas of Big Cypress while it conducts seismic testing for oil and gas. The first of four phases of testing, set to begin this year, would involve trucks driving in a grid pattern and operating heavy equipment on 70,000 acres. By the time all four phases are complete, these trucks will have stomped through swamps and around cypress stands in over 360 square miles inside the park, an area larger than Shenandoah National Park.

#{image.caption}
The endangered Florida panther. Only about 160 still exist in the wild.   Photo © Joedube717/Dreamstime.

If NPS allows the testing to proceed, there will be lasting impacts to the fragile wetland ecosystem of Big Cypress, its nine endangered and threatened species, and countless other creatures that live in the preserve.

Similar testing was conducted in Padre Island National Seashore in the 1980s and the physical impacts are still visible. Using smaller, lighter trucks—not the 30-ton “Vibroseis” trucks planned for Big Cypress—crews left deep ruts in the tidal areas of the park that can still greatly affect local hydrology, and can still be seen nearly 30 years later on aerial maps.

#{image.caption}
A photo from the 1980s showing ruts in the landscape of Padre Island National Seashore from seismic testing.   National Park Service photo.

The impacts to Big Cypress are almost certain to be worse. The equipment will be heavier, and the ground is wetter. When Burnett did a test run of its seismic equipment in a small part of the preserve last year, it immediately got stuck in the mud, requiring additional heavy equipment to tow the truck out and causing additional problems.

What kinds of problems? These massive trucks will create huge ruts throughout the preserve, causing more than 1,000 miles of disturbance—mostly within wetlands. What’s worse, soil scientists say the method NPS has proposed to mitigate the rutting—raking and shoveling the soil back together—may actually do more harm to the soil than good, altering hydrology crucial for water flow to Everglades National Park and threatening an important aquifer system that serves as a drinking water source for local communities.

This seismic testing will also destroy habitat for a lot of important species. In addition to critically endangered Florida panthers, eight other endangered or threatened species are found within the proposed project area, including the red-cockaded woodpecker, Florida bonneted bat, wood stork, Florida black bear, and snail kite. Rare plants like the ghost orchid and Florida prairie-clover will also fall under the massive tires of these Vibroseis trucks. 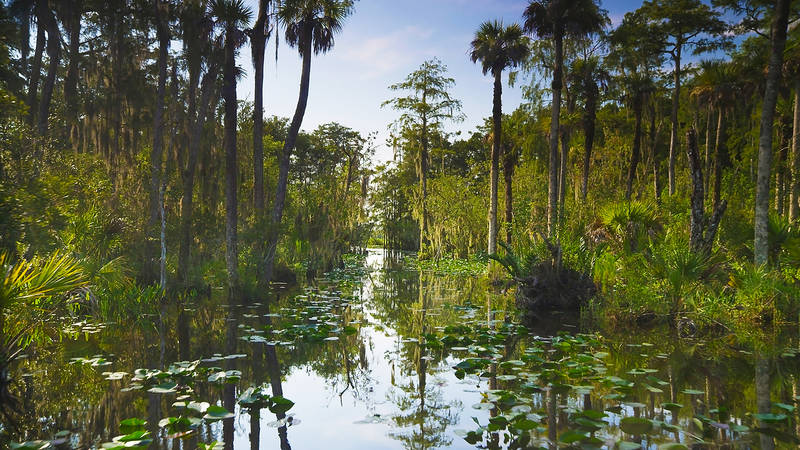 NPCA staff aren’t the only ones concerned. Last week, 30 biologists from universities and organizations throughout Florida and the Southeast sent a letter to Interior Department Secretary Sally Jewell asking her to reject the seismic testing plan. The scientists, from the University of Florida, Duke University, University of Central Florida, University of Miami, Florida International University, and others, quoted “deficiencies in the current proposal, the lack of adequate scientific analysis, and the potential impacts to unique habitats that are home to imperiled plants and animals” as their reasons the plan should be rejected.

Even the National Park Service knows that their environmental review is insufficient. A Freedom of Information Act request from the South Florida Wildlands Association obtained an internal NPS report detailing a test-run of the Vibroseis equipment in Big Cypress that took place last year. According to the NPS report, the test was “clearly a failure.” The 30-ton Vibroseis truck almost immediately got stuck, significantly impacting the wetland. According to the Park Service’s internal report, the failed test-run “clearly refuted” Burnett’s claim that there would be no impacts to wetlands or wilderness. The report concluded that the impacts of the full-scale testing could be significant, and that more environmental review may be warranted. That review has not been done.

NPCA and our partners in South Florida are working hard to stop this proposal before any damage can be inflicted on the park. It’s critical we send a message to the National Park Service that Big Cypress National Preserve shouldn’t be an oil and gas testing ground.