It might come as a surprise that California’s crown jewel national parks — Sequoia, Kings Canyon, Joshua Tree and Yosemite — struggle with some of the dirtiest air of any parks in the nation.

Alongside ozone pollution, a sizeable amount of this pollution comes in the form of fine particulate matter, contaminants that are especially unhealthy for humans, plants and animals. These extremely small air particles create hazy views and, when inhaled, can lodge deep in our lungs and even enter our bloodstream.

Preventable air pollution from sources such as cars, trucks, agriculture, dairies, oil and gas, residential wood burning, and industrial biomass originate in California’s San Joaquin Valley and contribute directly to the ongoing dirty air in the national parks of the Sierra Nevada. The San Joaquin Valley Air Pollution Control District, California Air Resources Board and U.S. Environmental Protection Agency are the primary regulatory agencies with a legal duty to ensure sources of pollution in the region are promptly cleaned up to protect the health of communities in the San Joaquin Valley as well as our national parks.

In 2018, NPCA led a coalition of public health and local community organizations in a successful lawsuit against the Environmental Protection Agency to create firm deadlines in California to finalize long overdue plans to reduce fine particle pollution and meet air quality standards that date back as far as 1997. Following this lawsuit, the San Joaquin Valley Air Pollution Control District and California Air Resources Board took a significant step toward solving chronic air pollution issues by adopting plans that will sharply reduce pollution in Valley communities and the nearby Sierra Nevada national parks. Through the advocacy of NPCA and our partners, we helped ensure significant improvements to the final state plan, however, numerous pollution sources were still left off of the table. Moving forward, we will continue to push for the reduction of all sources of fine particle pollution and urge decisionmakers to swiftly and effectively implement the plan in the coming years.

Hazy Skies: Visitors hoping for unspoiled long-range views at these four national parks all too often encounter disappointingly hazy skies. In fact, Sequoia and Kings Canyon National Parks are two of the worst in the country, with over 90 miles of views regularly shrouded in haze. Similarly, in Yosemite National Park, visitors regularly miss out on around 60 miles of the stunning vistas that make this park so famous. 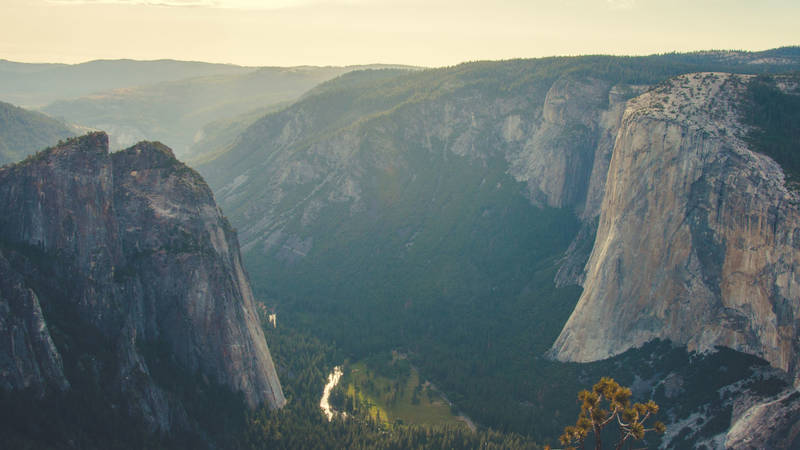 Haze and ozone pollution in this beloved California park are having wide-ranging effects on people and the environment.

Unhealthy Air: Sadly, Sequoia, Kings Canyon, Joshua Tree and Yosemite National Parks regularly experience levels of air pollution that are unhealthy for most park visitors and rangers — especially for those who are exercising and for vulnerable populations like children, the elderly and those with asthma. In some cases, these four crown jewel parks have air that is unhealthy to breathe for over a month each year, usually during the summers. Fine particulate matter and ozone pollution can lead to serious breathing problems, chronic heart and lung diseases, and even premature death.

Ecosystem Impacts: Just as poor air quality can be unhealthy and dangerous for humans to breath, air pollution can be harmful to plant life as well — stifling their growth and interfering with essential biological functions like photosynthesis. According to researchers at the University of California (UC) Merced and UC Riverside, unhealthy air may even be a significant driving force in the ongoing tree mortality crisis devastating the Sierra Nevada region. In addition to being directly toxic to plant life, pollutants like nitrogen oxides and ammonia can also lead to excess nitrogen deposition, which alters natural ecosystem functions and encourages growth of invasive species and algae blooms.