Every one of the 48 national parks with the greatest Clean Air Act protections are plagued by significant air pollution.

Haze pollution limits views of our most valued national parks and wilderness areas, affecting not just how far we can see, but also the color, sharpness, and quality of the…

Air quality in parks can be as bad – or worse – than in some major cities due to emissions from outdated coal plants and other sources of pollution. While progress has been made in reducing air pollution in national parks, pollution still damages air quality in all parks, most often during the busy summer season.

“Polluted Parks” graded the pollution-related damage in the 48 national parks required by the Clean Air Act to have the highest possible air quality. The report highlights twelve parks across the nation that earned a D or lower in at least one of three categories – threat to public health, hazy skies, and impacts from climate change. 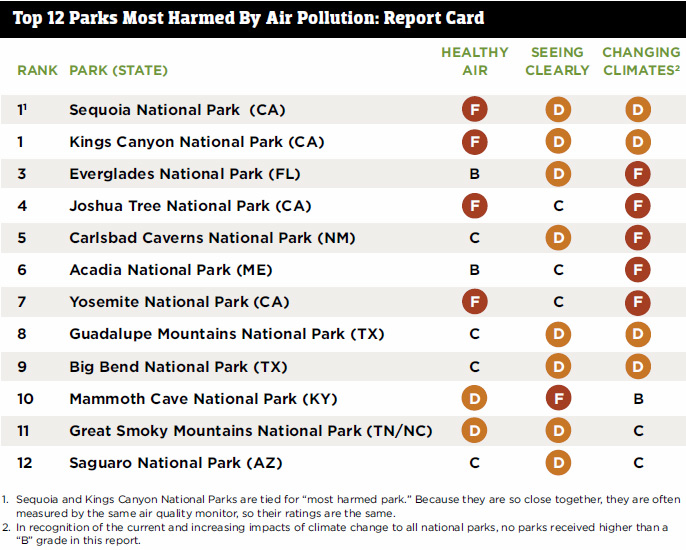