The Jamaica Bay Database Initiative is a project undertaken by the National Parks Conservation Association Northeast Regional Office. The primary goal of the project is to facilitate science-based decision-making for Jamaica Bay, New York City, by making existing environmental data more easily accessible for the purpose of conservation.

What is the Jamaica Bay Database Initiative?

The Jamaica Bay Database Initiative is a partnership of databases related to the environmental well-being of Jamaica Bay, New York City. The initiative is a collaboration between the National Parks Conservation Association (NPCA), the Science and Resilience Institute at Jamaica Bay (SRIJB), the Wildlife Conservation Society, and other agencies and research organizations in New York City. The overall mission of the initiative is to make existing environmental data available to decision-makers, researchers, and the public.

The first meeting on the Database Initiative concept was held on October 22, 2015 and the second meeting was held on January 27th, 2016. Adam Parris, Executive Director of SRIJB, has succinctly summarized the project in the following way: “We are building a database of databases for now. We will eventually have a system of databases. The nucleus of this project is that we are building a partnership for databases.”

What do we hope to achieve?

The four objectives of the Initiative are the following: first, to help existing databases to become aware of each other and to support one another; second, to agree upon common metadata standards and to utilize a common geospatial framework; third, to be accessible by the public or others that may want access to this information; and fourth, to consider the possibility of connecting this distributed system of databases through one or multiple “portals”.

Why is NPCA working on the Jamaica Bay Database Initiative?

The Jamaica Bay Wildlife Refuge and the Bay as a whole are important not only for their aesthetic and recreational contributions to the Gateway National Recreation Area, but for the hundreds of species of animals that depend on this critical wetland area. Jamaica Bay also contributes many other environmental services–its carbon-rich marshes act as “lungs” for the New York City, and some of its marine species, like mussels, filter pollutants from the water. Because NPCA is dedicated to protecting our national parks for future generations, we feel passionate about making information available about the ecosystem of Jamaica Bay. With more information on Jamaica Bay’s environmental health available to researchers and the public, we hope that New Yorkers will be encouraged to talk about Jamaica Bay with their family and friends, volunteer their time, donate resources, or contribute to the process of making sound policies and management decisions. 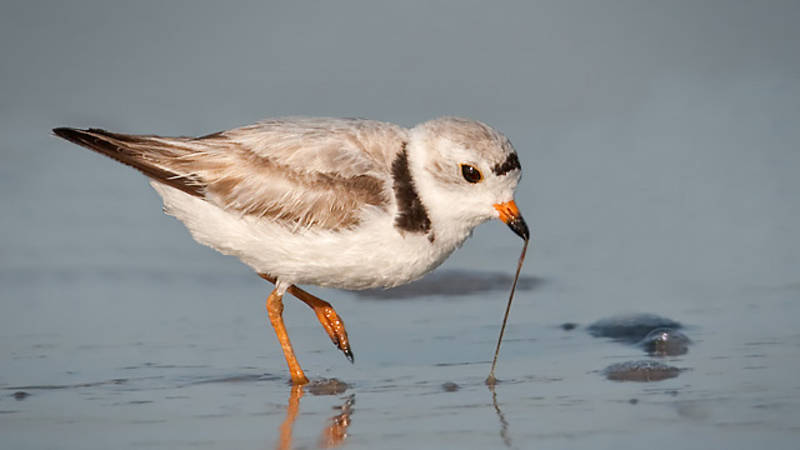 This Jamaica Bay Wildlife and Nature Tourism StoryMap provides facts about 50 species of animals that are found at Jamaica Bay, and information about interesting places to visit. From the…

NPCA first began advocating for increased information-sharing for Jamaica Bay in 2013, in response to a shift in management focus from general ecological wellness and wildlife towards resilience. Because of the uniqueness and importance of biodiversity to the Jamaica Bay ecosystem, NPCA began a project called the Jamaica Bay Wildlife Resource to compile wildlife data from publications and species observations. During the process of building support for the Jamaica Bay Wildlife Resource, NPCA realized that many environmental databases already exist for Jamaica Bay but may not be accessible enough to meet their full potential, especially when it comes to influencing decisions for the Bay. Some existing database projects include those covering water quality, habitat quality, capital projects, historical biodiversity, and others. Recently, NPCA has been facilitating working group meetings to identify the current status and characteristics of these databases. This work is continuing, as we build a partnership for the databases of Jamaica Bay.

Why is Jamaica Bay important?

Jamaica Bay Wildlife Refuge, an 18,000 acre wetland estuary, is the only wildlife refuge that is managed by the National Park Service, and the Bay has been designated as an “Important Bird Area” by BirdLife International. As well as being a key stopover during seasonal bird migrations, Jamaica Bay provides needed breeding grounds for many species, including threatened and protected species like the Piping Plover and Peregrine Falcon. Its habitat also supports Atlantic Ridley sea turtles, harbor seals, and many other animals, all within the boundary of New York City. Because of its close proximity the largest city in the United States and some of the most densely populated places on Earth, Jamaica Bay provides priceless opportunities for wildlife viewing, outdoor recreation, and environmental education for millions of people. Jamaica Bay also provides a model for how urban areas and important wildlife areas can coexist.

Jamaica Bay is important as a wetland ecosystem. Since the 1600s, over half of the natural wetlands of the contiguous United States have been drained for conversion to other land uses. Our wetlands are threatened by pollution from chemicals, excess nutrients, and sediment; they are also sensitive to many of the effects of climate change including higher temperatures, changes in rainfall, increased frequency and severity of storms, sea level rise, and higher levels of carbon dioxide in the atmosphere. When we lose wetlands, we lose the benefits that they provide, including protection from flooding and drought, aesthetic and recreational services, and critical habitat for birds and other species. Coastal wetlands, like the salt marshes of Jamaica Bay, only make up 38% of the total wetland area in the lower 48 states; on the East Coast, they are being lost at two times the rate that they are being restored.

Jamaica Bay is a salt marsh, which is a special type of wetland that provides an important additional benefit: it can capture and store excess contaminants and nutrients like carbon and nitrogen, even from fertilizers. In a way, the Bay acts as a liver for the New York City area, filtering and eliminating toxins and nutrients—but only when contaminants are in moderate quantities. For example over time, too many nutrients can become a bad thing, which can lead the salt marshes to disintegrate into mudflats. Over all of the eastern United States, we are losing our salt marshes at a staggering rate. Recently, more stringent regulation of water treatment and sewage management have led to improvements in Jamaica Bay, but there is still much work to do to ensure the conservation of these important marshes.

On top of all of these important ecological roles, Jamaica Bay is especially unique because of its close proximity to New York City. This provides an opportunity to better understand the relationships between people and natural areas like the Bay. Due to its location in the north of the Mid-Atlantic region and the existence of naturalist records dating back over a century, Jamaica Bay helps us understand the changes that are occurring in the wildlife of this area.

The damage caused by Hurricane Sandy including the saltwater breach into West Pond is just one example of how climate change and other human-related factors can influence sensitive wetland habitats. By looking at changes in the water quality, vegetation, wildlife, and more in the Bay, we can begin to understand not only Jamaica Bay, but the underlying linkages between our natural world and ourselves.

How will the Jamaica Bay Database Initiative influence decision-making?

We believe that the best conservation decisions are made when as much existing information is taken into consideration as possible. Gateway National Recreation Area has long been an important and popular site for both naturalist observation and scientific research, which has resulted in the publication of over 1,500 related publications, the majority of which relate directly to Jamaica Bay. In fact, a Google Scholar search for “Jamaica Bay” returns over 4,000 results. Additional research has been conducted by city, state, and federal agencies.

By knowing the status of environmental indicators in the Bay, we know what research still needs to be done to gain a fuller understanding of ecosystem health. Also, access to this information will help us to better understand which marshes, channels, and other habitats are most sensitive to change. Knowing that, we can make choices that can protect the rich natural resources in Jamaica Bay. The data can act as an early warning sign in cases when those resources are at risk, so that we can take actions to better protect this critically important wetland habitat.