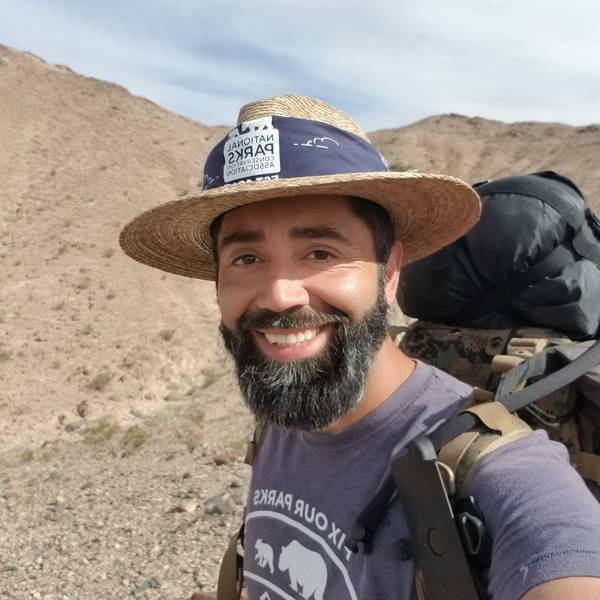 Erick Andino is a former combat medic in the United States Navy. He was honoraby discharged after seven years of service and two overseas deployments. Erick served at Naval Medical Center Portsmouth and as a line corpsman with the Marines Corps at Camp Pendleton.

Upon his exit from the military, pursued a college degree in fire science, but like some veterans, struggled with identity and mental health. As therapy he embraced his love for photography. Erick found that nature – with its lack of crowds and simplistic beauty – was the key to his transition. That led him to explore national parks and volunteer to help preserve our parks for generations to come, and he has photographed NPCA-led veteran service projects at Death Valley and Sequoia National Parks. In 2022, Erick will attempt to through-hike the Pacific Crest Trail, a 2,650 mile hike from the border of Mexico to Canada. Erick is a charter member of the NPCA Veterans Council.