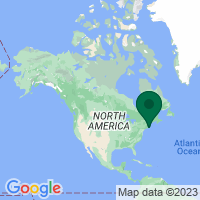 This historical park on the South Coast of Massachusetts includes the world's largest museum devoted to whaling, as well as the historic streets, homes and chapel that inspired Herman Melville's classic novel, "Moby-Dick."

In the 19th century, New Bedford was considered the whaling capital of the world, and its port served as a major stop on the Underground Railroad. Today, the park encompasses a 13-block historic district managed in a partnership between the National Park Service, the city and private business owners to preserve the area’s rich history.