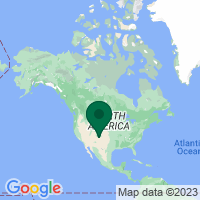 This historical park encompasses three separate sites that were involved in the top-secret development of the atomic bomb during World War II. It includes the laboratories and living quarters of the Manhattan Project scientists in Los Alamos, New Mexico; the site of the world's first industrial-scale plutonium reactor, known as the “B Reactor” in Hanford, Washington; and three facilities for enriching uranium at Oak Ridge, Tennessee. Together, these sites tell the story of why and how the first atomic bomb was built and the consequences it had on society. It is one of very few sites in the National Park System devoted to science and technology.

Working in the Dark at Oak Ridge

Roughly 75,000 people worked at the uranium enrichment facilities in Oak Ridge, Tennessee, at the height of World War II — most of them young women who traveled to this "secret city" far from their homes for the promise of steady, good-paying jobs that would help the war effort. These workers were completely unaware of the type of weapon they were creating or the impact the atomic bomb would have on the world.