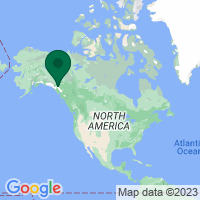 This park preserves the history of the Gold Rush towns of Skagway and Dyea, where prospectors known as "stampeders" flocked in the late 1800s to try their luck at striking it rich.

Park Service staff maintain 23 buildings in the Skagway Historic District, eight of which are open to the public, including a visitor center and museum, historic saloon, junior ranger activity center, and traditional homestead. The park also offers tours of the historic district and the Jeff. Smiths Parlor Museum, one of Alaska’s oldest museums, named after an outlaw who organized cons on Gold Rush prospectors until he was shot to death in 1898. One of the highlights of the park is the 33-mile Chilkoot Trail into Canada where visitors can day hike or backpack along the same trail that stampeders used to get to the gold fields.