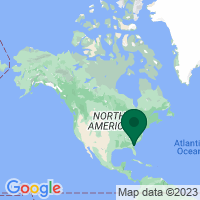 The brick fortress enclosed an entire 40-acre town on a strategic location in a bend in the Frederica River. After several battles, a regiment of British soldiers were able to successfully fight off a Spanish attack at the fort in 1741. But after Britain and Spain signed a peace treaty in 1748, many settlers left the fort, and the a fire in 1758 destroyed most of what remained. The national monument preserves archaeological remnants and foundations from the fort and the town.