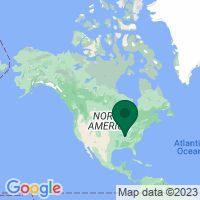 Union General Ulysses S. Grant first won his first Civil War victory at Fort Donelson in February 1862, earning the nickname “Unconditional Surrender.” Formerly enslaved African Americans flocked to the fort after the victory, and the site is now part of the Park Service’s Underground Railroad Network to Freedom program. Visitors can tour the earthen forts that became a refuge guiding enslaved men and women toward freedom, as well as a cemetery on the banks of the Cumberland River.