Fort Donelson: A Big Battle on the War’s Frontier

Commemorate the anniversary of a critical Civil War battle at a host of upcoming national park programs.

Today marks the sesquicentennial of the major Civil War battle fought at Fort Donelson in Kentucky and Tennessee. Fort Donelson National Battlefield protects 559 acres surrounding the fort near Dover, Tennessee, including the earthen fort itself, upper and lower batteries, the Dover Hotel (site of Confederate surrender), and two miles of outer earthworks. It also includes Fort Donelson National Cemetery, final resting place for 670 Union soldiers. While this site commemorates a significant battle and the first major victory for the North, many people don’t realize what a compelling rise to power it marked for one of the war’s key personalities.

In February 1862, the Union Army was floundering and being pummeled in the east, but a rumpled young brigadier general named Ulysses S. Grant was keeping hopes alive for the North by winning gritty battles against the Confederates along the Mississippi River. President Lincoln knew the importance of the Mississippi: Whichever army controlled the river could send men and supplies throughout the nation’s interior. Part of the Union strategy was to attack Confederate-held forts along the Cumberland and Tennessee Rivers, which are large tributaries of the Mississippi, but the positioning of forts high atop riverbanks and the winding, narrow approach of the river itself meant that these battles were not for the faint of fighting. 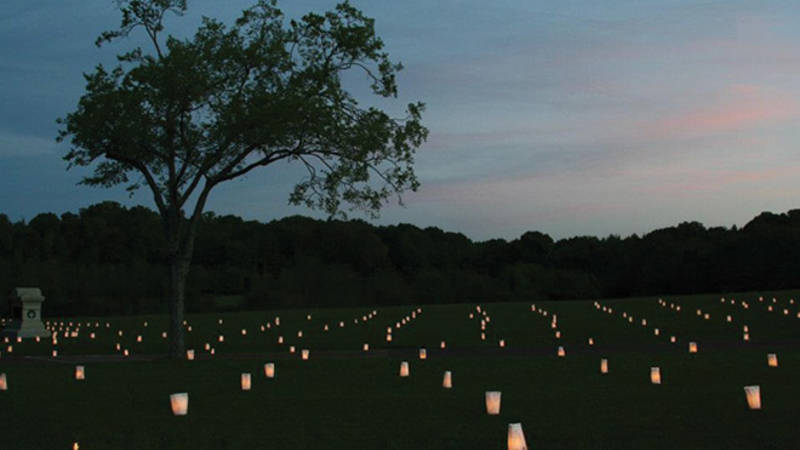 Thankfully for the Union Army, Grant was not afraid to fight. Grant had just taken the nearby Fort Henry a few days earlier with little resistance and an eye toward controlling the central portion of Tennessee, including Nashville. On Feb. 14, 1862, he led 24,000 Union troops and four of the Navy’s new ironclad gunships and attacked the heavily fortified Fort Donelson on the Cumberland River near the Tennessee-Kentucky border. Though the Fort’s superior positioning allowed it to nearly neutralize the gunboats, Grant was able to trap the Confederates in the Fort and force their surrender. When the request for terms of surrender reached Grant, he replied that “no terms except unconditional and immediate surrender can be accepted.” The fame achieved after this important victory–and his new nickname of “Unconditional Surrender” Grant–propelled him to commander of the entire Union Army.

Fort Donelson National Battlefield is commemorating the sesquicentennial with a number of programs, including a monthly film series, speaking events with authors and historians, and a book club. Be sure to check out the park’s website for upcoming events, including a walk around the grounds with famed historian Ed Bearrs. You can also learn more about Fort Donelson and other nearby parks in NPCA’s 2009 report, Tennessee’s Civil War National Parks.