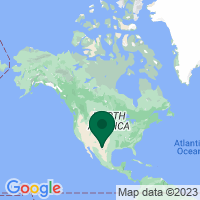 This historic three-room schoolhouse in West Texas helps preserve the complex story of segregated education that affected Latino students in the Southwest from the late 19th century until the 1960s.

During the Jim Crow era, school systems across the American Southwest segregated Latino students from their white peers, sending Latinos to separate schools with fewer resources. In Marfa, Texas, Latino students attended the Blackwell School; today, this building is one of the last remaining “Mexican schools” still standing in good condition.

The original adobe three-room Blackwell School in Marfa, Texas. The schoolhouse, built in 1909, is all that remains of a once-sprawling campus.

Students who attended the school faced discrimination and cultural barriers, including being singled out and punished for speaking Spanish, sometimes with physical discipline; many alumni also have fond memories of their experiences and pride in the education they received. The park site helps to preserve the complexities of segregation, including the stories of hardship that students faced at Blackwell as well as their resilience and achievements in the face of discrimination.

The school closed in 1965 following legally mandated integration, and years later, a group of Blackwell alumni formed the nonprofit Blackwell School Alliance. The group launched a successful grassroots campaign to save the property from possible destruction and worked with NPCA to support the creation of a national park site.

Today, the national historic site honors the stories of Latino students and their families during this little-known but nationally significant chapter of history.