My parents were eager to get me and my brother out of the house and visit some national parks.

We woke up early one Sunday morning and headed to Moab, Utah. My older brother sat contentedly staring out of the window, watching the scenery change while I sat bored until we finally arrived at Arches National Park. “Great” I thought “rocks,” but I had to admit the red sandstone arches were quite an impressive sight. It was hard to imagine how many thousands of years it took for nature to carve them. Geology is always changing; 42 arches have already collapsed, victims of erosion and time.

We ended up hiking the nearby Parade of Elephants trail, made our way past the double arches, then ended up in the Cove of Caves, where I fell silent in reverent awe. I could imagine ancient indigenous peoples looking out onto the vast desert, red valley, and wide blue sky. I was simply immersed in the seemingly stable, yet ultimately impermanent blessing that is Arches National Park and the surrounding desert. I could only hope to carve their image into my mind before they inevitably collapse someday. 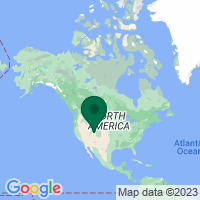