In the past few years I have seen changes in visibility of the sky-scape at Sequoia and Kings Canyon National Park, because of the large amounts of particulate matter and other airborne toxins from the Central Valley. On a poor air quality day, you can only see what looks like brown haze and not exactly what one would have in mind for an attractive, sky-scape view of the park.

These places are meant to provide an escape of the everyday. When visiting a national park you want to be able to see it, not the air pollution and devastation caused to wildlife. #cleanair4parks 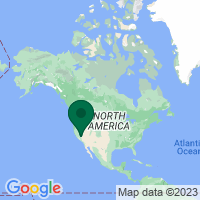 Sequoia National Park is home to the tallest mountain in the Lower 48 and the largest tree on earth. Mount Whitney's granite peak rises 14,505 feet above sea level on the arduous High Sierra trail. General Sherman, a sequoia in the Giant Forest, is the world's most voluminous living tree specimen, standing 275 feet high with a base circumference of over 100 feet. The park also features spectacular waterfalls and more than 200 marble caves.