My son, Nathan, takes a break from the trail in Kings Canyon. Of course, he’s wearing the Junior Ranger uniform that his grandma made for him. 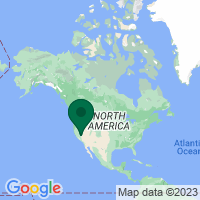