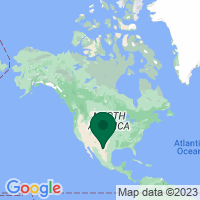 Big Bend National Park features broad expanses of Chihuahuan Desert shrubland and grassland interspersed with smaller areas of high-elevation woodland in the Chisos Mountains. Rugged rocks and deep canyons along the Rio Grande are among the park's most striking features; wetlands and springs add to the park's biological diversity. Visitors can explore the rugged trails, seek out the colorful array of birds and wildflowers, and spread out on a blanket after dark enjoying some of the darkest night skies in the country.

“The parks especially Big Bend National Park and Guadalupe National Park in Texas are precious to my family on both my paternal and maternal sides. Also, the Presidio in San Francisco, was where my Paternal Ancestors first lived when they were members of the DeAnza and De Portola Expeditions which colonized Alta California for Spain in the late 1700's. Over the last 60 years, I have hundreds of beautiful memories and I want my family and my descendants to be able to do same in the future! Our parks are our national treasure. ”