When we moved to an active retirement community in July 2017, little did I know that it would lead to a revised bucket list. Our new community has more clubs and activities then time allows. When a friend invited us to join the Hiking Club for a weekend train trip to the Channel Islands in Ventura, we accepted and made arrangements for a dog sitter. A few weeks later we joined about 30 other seniors for a few days in Ventura. We hiked, took boat tours and visited Channel Islands National Park. After exploring the visitor center, we stopped in the gift shop. I wanted to buy a safari sun hat like others were wearing, but they were all too big for my head. And then I spotted the last one, tried it on and it fit perfectly. The bonus was that it was child’s size which cost less than the adult size! My husband pointed out that it said “Junior Ranger” on the hat, but I didn’t care. I approached the cashier to pay for it and she asked if this was for my child. I replied, “No, it’s for me, since it’s the only one that fits.” She asked if I wanted the Junior Ranger badge that comes with it and I said “Sure, throw that in the bag.” I had no idea what a Junior Ranger was and didn’t care since it got me my hat at a great price.

Fast forward to May 2018 when we were visiting Zion National Park in Utah and I (wearing my junior ranger hat) ventured into the Visitor Center and asked the Ranger for my badge from Zion. He said they didn’t just “give them out.” I’d have to complete the junior ranger book. I pointed to my hat and said, “I got a badge in Channel Islands and never had to answer questions. What does that entail?” He handed me a booklet and told me I’d have to complete all the activities and return to the Ranger to get my badge. I took the booklet and we proceeded back to our B&B room to pack for our next drive to Bryce National Park. I looked through the book that evening but the next morning, no one in our group wanted to take the time to let me stop at the Ranger station and complete the book to get my badge. Off we drove to Bryce and I made sure that my first stop would be the Ranger station. I got my booklet and learned that I not only had to answer questions about the park, but had to complete the hike up and down the Hoodoos. That seemed simple enough until I actually got to the Hoodoos and wondered if I made it down, would I ever make it back up? Did I mention I was over 72 at that time? Not in weight or BP but in years. But I was determined to earn my badge the proper way, so I hiked down the Hoodoos. They are unlike anything I had seen before or since. By definition, it is a spire made of rock and minerals that can range anywhere from five to one hundred and fifty feet tall. There are big, round hoodoos that look like boulders perched on kitchen stools, tall, thin spires that seem to go on forever, and rounded chimneys with large rocks sitting quietly on the top. To me they looked like chess board pieces or groups of people at a meeting. Your imagination can go wherever you like. After a short rest and lots of water, we started back up the Hoodoos. Huffing and puffing and stopping more often than walking (remember the altitude is much higher than in San Diego), I heard helicopters above and wondered if they were following me – just in case I needed assistance. We all made it up, and back at our hotel room I crammed all night to finish my booklet. The next morning, I turned in my book, was sworn in as a junior ranger and it was all captured on video by my brother-in-law. I vowed not to stop now, but to continue on my junior ranger badge quest for as long as I was still breathing.

Since then, I have earned a junior ranger badge from every national park in every city we have visited. I also contacted all the national parks I had visited in the past 40 years and knew I would not make it back again. I explained that I was 72 years old and had just begun earning junior ranger badges, but it was unlikely that I would be able to visit the park again. All of them sent me booklets and would send me a badge upon return of the completed book. The Grand Canyon actually sent me the badge!

Before I go to any city I go to the National Park website and look for a national park. So far I’ve earned badges from these National Monuments and Parks: Channel Islands (Ventura); Cabrillo (San Diego); Bryce (Utah); Devils Postpile (Mammoth); Hamilton Grange, Theodore Roosevelt Birthplace, General Grant (NYC); William Howard Taft (OH); Kilauea Point (HI); Montezuma Castle, and Tuzigoot (AZ). Twelve down and at least 10 more to go. My family makes fun of me, but when I tell other older hikers about it, they want to try it too. Maybe you’ll be inspired and have a go at it. 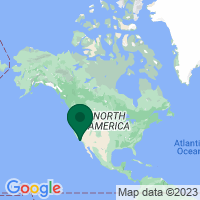 Sometimes referred to as the “Galapagos of North America,” these five islands serve as critical habitat for a variety of vulnerable and recovering animals, including the island night lizard, the threatened Scripps's murrelet, the snowy plover and the park’s distinctive island fox, found nowhere else in the world. The nutrient-rich waters and kelp forests surrounding the park nurture a surprising diversity of marine life as well, including dolphins, whales and exotic-looking starfish. Only accessible by boat or plane, visitors can explore the islands' isolated trails, rocky beaches and pristine coves in relative solitude.