This is a very sad story, unfortunately. Our family used to hike the “Bird Park” trail at HVNP for many years, and we enjoyed the peace and quiet of the nature there. However, recently, whenever we go there, we are harassed by repetitive overflights of tour helicopters!! This is something new that has gotten much worse and out of control in recent times. They fly very low, and are extremely noisy, drowns out the bird sounds and interferes with normal conversation! It is really shocking that such activity is allowed in our National Parks. I sent a letter to the HVNP complaining about this, but their response was almost useless. They basically stated that there used to be a program called NPATMA, but for a number of reasons, FAA opted to discontinue the Air Tour Management Plans (ATMP) in 2013. Now, they say air tour operators authorized under the Interim Operating Authority (IOA) can fly up to the levels granted by the FAA (Federal Register Volume 70, Number 120) in the air tour management planning area, which includes the park and a ½ mile buffer outside the park. The total IOA allotted to 10 air tour operators is 26,664 flights. Under the IOA, there is no regulation of routes used by the operators, altitudes flown (other than what is required under FAA regulations), or number of flights in a day. This is absolutely unbelievable and absurd, that tour helicopters are essentially allowed unlimited overflights of this park. It really destroys the value of the entire experience, and our family no longer visits HVNP due to this extreme insult and obnoxious profit-making activities. We also contacted the FAA directly, but they said there is nothing they can do about the overflights as long as they follow the minimal VFR FAA rules. How can something like this been allowed to destroy the beauty and sanctity of this park? Why are citizens powerless to demand strict regulation of tour helicopter flights over noise-sensitive parks? I hope this message to you, helps illustrate the terrible problem we now face here in Hawaii with out-of-control tour helicopters. What can your organization do to put a halt to this selfish misuse of what once was a pristine natural treasure? Thank you for listening. 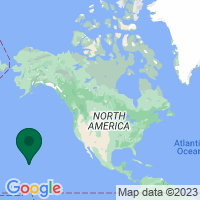 This park preserves the natural setting of two active volcanoes: Kīlauea, one of the most active in the world, and Mauna Loa, one of the largest in the world. Visitors can hike across the floor of a dormant crater, view ancient petroglyphs and steam vents, and stroll through a primeval rain forest to an ancient lava tube. Wildlife include endangered endemic species like the Hawaii honeycreeper and the nēnē (Hawaiian goose).

“They are a place of peace, quiet, and relaxation away from our typical noisy world. (Except what has happened recently at HVNP with helicopters :(”