My husband, Bob, and I visited Cuyahoga Valley National Park on September 1st of this year. The weather was cool and breezy and perfect for a short hike. Boulders marked the sides of the trail.

We were on a trip throughout the north east where we tried to visit as many national parks as possible. After a strenuous climb in New Hampshire’s White Mountains, we arrived in Peninsula, Ohio ready for a shorter easier trail.

After consulting with the park ranger and a map, Bob and I chose the Ledges Trail, a 1.8 mile hike on narrow dirt paths. It is only moderately rocky and the climbing involved is not taxing.

We made it to the end of the trail and ran into some local hikers who were showing the trail to guests. They said the park was the fourth most popular in the country especially during the Covid pandemic when fresh air was endemic to health.

We took in the vista at the overlook at the end of Ledges trail at 1,020 feet. Rimmed by rocks and Oak trees spectators take in the lush green landscape and azure sky streaked with white clouds.

I would love to return to the park to try the Ohio & Erie Canal Towpath Trail. And we loved Peninsula, Ohio, a land of rolling hills, red fences, bridges and the gleaming Cuyahoga River. 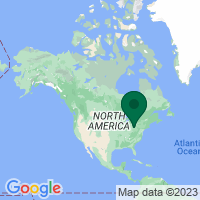 This park preserves 22 miles of the Cuyahoga River and the mosaic of natural and man-made features surrounding it, including lush forests, rolling hills, wetlands, waterfalls, farm fields, historic buildings and dramatic rock ledges. Decades before this Midwestern site officially became a national park, severe pollution in the river outraged and embarrassed the country, helping to spur the creation of the Clean Water Act, the Environmental Protection Agency and Earth Day. Now the health of the river has improved significantly, and the park offers numerous recreational opportunities and even a scenic railroad for its millions of visitors each year.

“I am the author of The Ocklawaha River Odyssey. Conservation of America begins with an appreciation and a promotion of our beautiful national lands. ”