We were at Dinosaur National Monument when the closure happened. We have traveled all over Utah and have never been here, and were so grateful to have spent 3 days in this beautiful place. As we left the ranger was shutting the campground down. We had planned on visiting Capitol Reef next since my husband loves the Fruita campground, it’s one place he likes to unwind and relax. We were of course unable to camp there, and were met by scenes like this instead, from Highway 24 which runs through part of the park. We stopped at an unsigned pullout and stepped away from our motorhome to take our photo, upon returning we were met by a ranger who had put a warning tag on the windshield of the motorhome. I was floored! Since when is it criminal to enjoy the beauty of our parks? There were no signs here saying you couldn’t even walk away from your car. I still scratch my head over that one. The saddest part for me was seeing dozens of foreign tourists, most who have spent years and thousands of dollars planning their American vacations, being told not to even stop their car to take a photo of Zion National Park. It made me want to cry. Their plans are destroyed and their money wasted. They are so desperate to see our beautiful country, so now where can they go? Please, let’s re-open our parks so we can continue to show off the incredible beauty people like us travel thousands of miles to see. 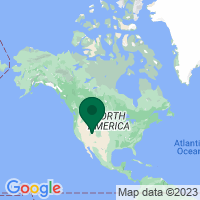 This park protects a grand and colorful geologic feature known as the Waterpocket Fold, a 100-mile wrinkle in the Earth's crust known as a monocline that extends from nearby Thousand Lakes Mountain to Lake Powell. The park also preserves the unique natural and cultural history of the Fremont people who lived throughout Utah and adjacent states from 700 to 1300 AD. The park features petroglyphs, pictograms and artifacts of the Fremont people, as well as a wealth of layered sandstone rock formations, multicolored mesas and buttes, and sweeping, colorful desert views in all directions.

“They are my sanctuary, places of peace where I can go to fill my heart and mind with the quiet beauty of nature, where a bubbling brook, a majestic mountain, or desert solitude can give me new strength to continue on with the journey of life!”