We have been visiting the National Parks for more than 40 years. We were married at the botanic garden on Haleakala. Most recently we visited the Badlands, Mt. Rushmore and Devil’s Tower on a road trip through the West. The stark beauty of the Badlands was more breathtaking than I had expected and although it was originally a “side trip” toward our purpose to see Devil’s Tower and Mt. Rushmore, in hind sight, the Badlands was really the highlight. Although we’ve been to the better known parks such as Yellowstone, Yosemite, Cape Cod, Mesa Verde, Rocky Mountain, we have been amazed and even stunned to find such beautiful and interesting sights in lesser known parks like the John Day Fossil Beds in Oregon, Saguaro in Arizona and the Craters of the Moon in Idaho. I’ve been fishing and camping in the Black Canyon of the Gunnison and spent weeks on three different trips doing the same in the Katmai National Park. 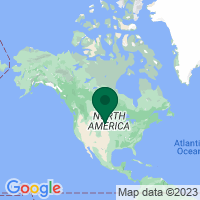 This park's sharply textured rock formations share a 244,000-acre landscape with the largest protected mixed-grass prairie in the United States.

“As a lover of history and nature, I believe it is vitally important to preserve those aspects of our history and natural environment that will otherwise be forgotten, or worse destroyed, before the generations to come are able to understand their past and enjoy the natural beauty of this Country. ”