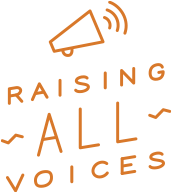 National parks exist for the benefit and enjoyment of all — and NPCA is working to ensure that everyone feels welcome to visit and empowered to protect them.
A Century of Impact

The enormous quartz monzonite dome known as Stone Mountain rises 825 feet above the surrounding Georgia countryside. It’s a remarkable geological formation — with a troubled human history. It was here that NPCA held its third Mosaic in Motion conference in 2002 — at a site long associated with racism and intolerance — a choice praised by Rep. John Lewis, the keynote speaker, for its symbolic importance.

Led by coordinator Iantha Gantt-Wright in partnership with the National Park Service, NPCA convened the first Mosaic in Motion conference in 1999 to address issues of diversity in both the national parks and the agency that manages them. At a time when the conservation community and communities of color were far from being in lockstep with each other, Gantt-Wright and her colleagues had a clear-eyed view of the issue. They also had the courage to roll up their sleeves, take risks and learn from their mistakes, guided by the notion that enhancing diversity was key to protecting the places that were meant to unite us.

A second, larger gathering followed in 2000. By 2002, at Stone Mountain, the conference attracted 450 participants from all corners of the U.S. Vital connections were made. Difficult questions were asked. Barriers, both real and perceived, were identified. Mosaic in Motion laid a solid foundation, but the work begun there is far from over.

That is a very powerful thing … to tell someone who feels perhaps they own very little, to find out they own the world.

As NPCA marks its centennial, we recognize that we may not have always lived up to one of our own founding ideals: “to promote the widest possible uses of the parks by all the people.” The organization has therefore recommitted itself to the fundamental principles of justice, equity, diversity and inclusion, with the understanding that they are absolutely essential to the future of the parks — and to our continued mission in the century ahead.

Now more than ever, that means working tirelessly to grow a legion of park protectors that reflects the changing face of America.

NPCA & The Mission Continues demonstrate the power of service.