According to a new report commissioned by NPCA, Dominion Power's harmful plan to build 17 giant towers across the James River is not only detrimental to irreplaceable historic resources—it's also unnecessary.

Today, the James River looks much like what Captain John Smith and his fellow sailors saw in 1607 when they set out to establish the first permanent English colony on American soil—a mix of marshes covered with cordgrass and forested wetlands. But if Dominion Virginia Power has its way, this evocative landscape will soon include 17 brightly lit transmission towers—some 300 feet tall—that will span the river.

Dominion’s project not only threatens the integrity of Jamestown, a site that witnessed the arrival of the first Africans to North America. It could also harm the spawning grounds of the Atlantic sturgeon, an endangered species that can be traced back to the time of dinosaurs, and the habitat of other animals and plants including bald eagles, northern long-eared bats, and a rare orchid known as the small whorled pogonia.

The Richmond, VA-based utility argues that the transmission line is necessary to compensate for the upcoming closure of two coal-fired plants and to account for economic growth in the area. Without the transmission line, Dominion says, it likely would have to implement rolling blackouts to prevent power outages.

The problem is that Dominion’s analysis, which provides its rationale for the project, is based on outdated figures and fails to take into account several trends that will significantly mitigate demand for electricity. Based on a report from an independent energy consulting firm commissioned by NPCA, these trends—including increased use of energy-efficient appliances, rooftop solar panels, and demand-side management that reduces consumption during peak hours—would lead to no increase in peak load until at least 2022 instead of the 1.9% annual growth rate forecast Dominion uses to justify the new transmission line.

In addition, energy use by federal facilities in the region has been going down significantly in recent years, and summer peak load actually dropped in 2012, 2013, and 2014. What’s more, an oil-fired plant that is used intermittently could provide additional capacity to manage peak demand. In short, there should be sufficient capacity to meet electricity needs through 2022 despite the future closure of the two existing coal-fired plants in the area, according to the report. 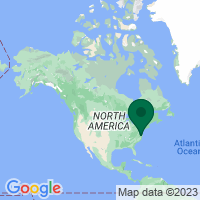 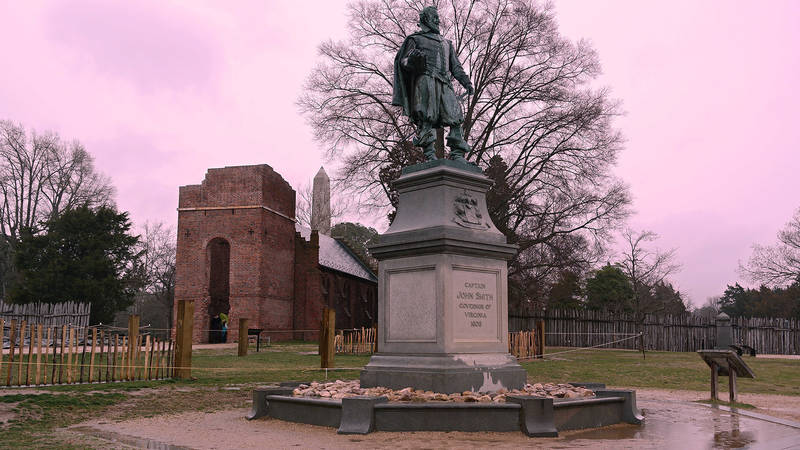 Colonial National Historical Park contains several sites of critical importance in the history of America. Historic Jamestown is where the story of Captain John Smith and Pocahontas actually happened, and…

“On the eve of the centennial of the NPS, this proposal has become one of the most serious threats to our nationally significant resources,” Jarvis said in a letter to the Corps. “This nation has only one Jamestown.”

And alternatives do exist.

There is enormous potential to develop the use of solar panels, both for residential and commercial properties. Virginia ranks only 42nd in the country when it comes to solar energy, according the National Renewable Energy Laboratory. Dominion could also reinforce existing transmission lines that supply power to the area or build a new underground and underwater line similar to systems used to deliver power from New Jersey to New York City. These underground lines offer the added benefit of being more secure, but Dominion rejected that option due to cost considerations.

Dominion’s flawed projections should prompt the Army Corps of Engineers to require an environmental impact statement to get a thorough examination of the alternatives and a full picture of the proposed project’s true impact on the area’s natural and cultural resources, and ultimately, the need for this project.

“This nation has only one Jamestown.” -National Park Service Director Jonathan Jarvis

It seems like a no-brainer that any development in this sensitive area should not do irreparable damage to a site that has no equivalent in our nation’s heritage.

Advocates have already sent over 60,000 comments asking the Army Corps of Engineers to require a full environmental impact statement of the project before making its decision, which could happen as soon as the next few months.