Gazing out at the New River Gorge is a rite of passage for West Virginians: So cherished is this site, it’s depicted on the state’s quarter. “There’s something unique about the perspective you get sitting on top of these ancient cliffs, looking over one of the oldest rivers on the continent,” explains Erin Haddix-St. John, program manager at NPCA’s West Virginia field office. Still, decades of development proposals for this privately owned parcel had threatened to mar this beloved landscape, until a key land purchase in September 2010 protected the state’s most stirring vistas forever.

One of the oldest rivers in the world, the New River’s corridor has been called the “Grand Canyon of the East,” with forested rims towering 1,000 feet above the water below. The steel-arch bridge spanning the chasm is equally dramatic: Until 2004, the New River Gorge Bridge was the world’s longest arch bridge, and it remains the country’s second highest. Much of this ecosystem—70,000 acres—was targeted for preservation in 1978, when the New River Gorge National River was created. Since then, the Park Service has been working to purchase privately owned lands within the park’s boundaries from willing sellers. The temperate deciduous forests found here, after all, are some of the most diverse on Earth.

But key parcels, including a tract just downstream from the bridge, opposite Hawks Nest State Park, remained in private hands and subject to commercial development: One proposal, floated in the early ’90s, would have placed 1,600 housing units—as well as shopping centers and hotels—on the scenic rim. Although the steep hillside presented less desirable building sites than the rim above, old roadbeds constructed for a former mining site made housing projects feasible even there. Logging was another threat: The property’s hardwoods had been felled as recently as the 1960s. New River Superintendent Don Striker was also worried about other types of development, including unchecked expansion of the “extreme” sports already established at the gorge. BASE jumping is popular on Bridge Day, an annual celebration that allows thrill-seekers one-day-only access to the 876-foot-high structure, and Striker says that had the slope remained in private hands, other thrilling concessions (like a zipline) may have come into play, operating outside the Park Service’s reach and impinging on the slope’s natural state.

Since the slope forms an integral part of the view from the bridge, the Canyon Rim Visitor Center, and Hawks Nest State Park, such developments would have spoiled the natural appearance of New River Gorge and broken up the slope’s ecology. “This is a big block of unfragmented land,” explains Striker, and fragmentation harms the diversity that makes this forest so remarkable. “If we preserve that diversity now, it will serve us well in the future.”

Fortunately, the Park Service was able to do exactly that with the cooperation of developer Gary Driggs, who shares West Virginians’ love for the gorge. Ever since Driggs married a West Virginia native in 1959, he and his wife have returned to the New River Gorge to hike, camp, and savor the views. So instead of placing shopping centers on the rim, he pursued a low-density housing development and offered the rim for sale to the Park Service. The Nature Conservancy also participated in negotiations, acting as an independent third party to help broker the deal.

On September 14, 2010, the Park Service announced the sale’s completion: The land sold for $1,500 per acre, and was obtained with money provided by the Land and Water Conservation Fund. “The purchase and protection of this critical parcel inside the park boundary demonstrates the importance of providing parks with adequate funding to purchase key lands when they become available, so our parks are protected for generations to come,” says Haddix-St. John.

“To look out from Hawks Nest and peer down into the curve of that tree-covered gorge is to experience one of the most iconic views in West Virginia,” Driggs adds. “Helping to preserve that has brought me enormous personal satisfaction.”

This isn’t the first acquisition made by the New River Gorge National River, but it’s one of the most visible—and it points to how the park has changed since its creation in 1978. Initially, the only federal land was to be the riverbed itself; only through easements and partnerships could the park protect the hillsides. “The public didn’t want another Shenandoah, where the government took people’s land,” says Striker. But since then, preserving the New River Gorge has gained more public support. In fact, the park’s boundary has continued to expand a little every decade, with support from private property owners and neighboring communities. “We hope this purchase has the potential to influence others, and to get people thinking about conserving even more land,” says Rodney Bartgis of The Nature Conservancy.

This latest purchase means birders at Hawks Nest State Park can still gaze across at an undeveloped canyon wall, and whitewater rafters can continue to enjoy one of the most pristine and scenic stretches of river anywhere in the East. And a key slope, which hosts up to 20 to 30 different types of trees that shelter other plants and animals endemic to the Appalachians, is finally protected. Catawba rhododendron will continue to flourish here, as it does throughout the southeastern mountains—as will the black-bellied salamander, which is rare in West Virginia. The purchase may also extend length to a proposed 100-mile-long hiking and cycling trail that will one day span the New River Gorge National River from end to end.

Most important, the purchase preserves the appearance of an American icon. Says Bartgis, “I’m proud to protect a landscape that everyone knows and loves.” 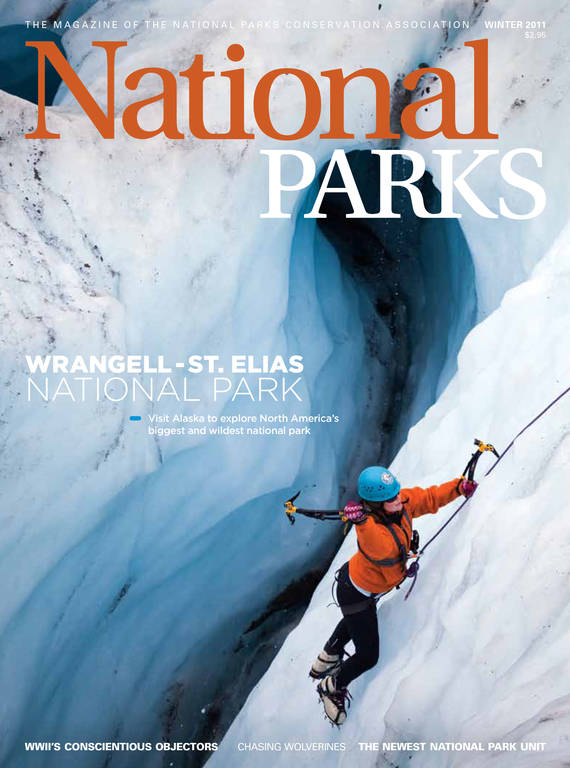