Help Preserve the Birthplace of the Modern LGBT Movement

Join NPCA in the campaign to preserve Stonewall, birthplace of the modern LGBT movement, as the first LGBT-themed national park site.

“Let it forever be remembered that here—on this spot—men and women stood proud, they stood fast, so that we may be who we are, may work where we will, live where we choose, and love whom our hearts desire.”

What kind of National Park System do we want for the next century? Whose stories get told? How do the people who preserve our history keep pace with a changing America?

These are some of the questions on my mind as I think about the national parks my 20-month-old daughter will grow up to visit. Parks where she’ll get her National Parks Passport stamped or where she’ll become a junior ranger.

Unfortunately, there aren’t any national parks about my family. Nothing that reflects our little girl’s experience of growing up with two dads, or helps her learn the full story of the ongoing push for equal rights in our nation.

Cultural and historic sites make up two-thirds of the National Park System. These places tell of some of our nation’s greatest triumphs. They also demand that we, as Americans, reflect on some of our darker moments and movements toward social change. Little Rock High School and Manzanar. Seneca Falls and Selma. These places are forever protected to ensure our nation’s full story is told.

With the Park Service’s centennial approaching, now is the time to make sure that our system of cultural and historic touchstones reflects all our faces, families, and friends. This is why NPCA is working to create a national park site for Stonewall. 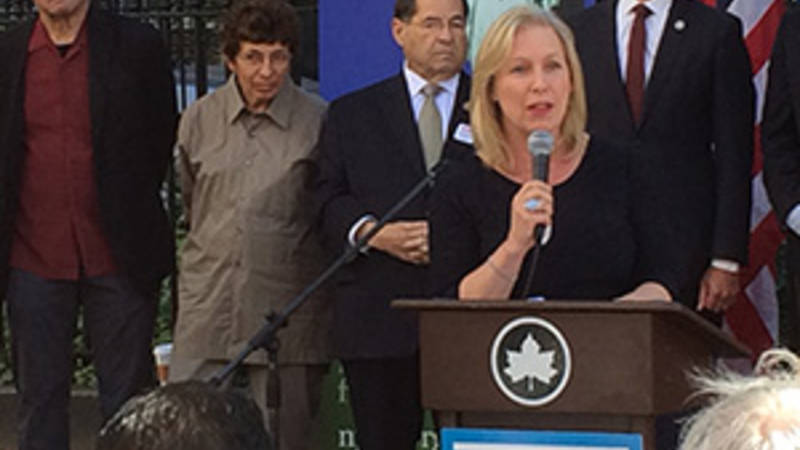 On June 28, 1969, decades of discrimination came to a head outside a Greenwich Village bar in New York City. On that hot summer night, LGBT people fought back against members of the New York Police Department who were raiding the bar for the second time that week, this time with the intent of closing it down. This place, which acted almost as a community center for some of the most marginalized members of the LGBT community, was special, and the crowd that spilled out of the bar that night had had enough. The confrontation that took place was a stand against years of regular harassment and violence. The protest ultimately lasted for days and drew thousands of people to Greenwich Village to fight for the rights of all Americans.

By taking a stand, these patrons at the Stonewall Inn made history. The uprising served as a turning point in the struggle for LGBT civil rights. The events of Stonewall became a major catalyst for change in self-awareness for LGBT people, for the development of the LGBT rights movement, and for the beginning of a change in the perception of LGBT people by the rest of American society.

This wasn’t the first protest by the LGBT community. Similar events had taken place in Los Angeles and San Francisco. Early LGBT groups had also held separate marches for LGBT rights at the White House in Washington, D.C., and Independence Hall in Philadelphia for a few years prior to 1969. However, the success and visibility of this uprising catalyzed a larger movement. Shortly after patrons fought police at Stonewall, members of the LGBT community began to demand their rights more vocally and assertively, forming some of the earliest gay and lesbian activist groups and newspapers. The first gay pride marches took place in major U.S. cities on the one-year anniversary of the Stonewall uprising and are still typically celebrated in June to commemorate the protest.

#{image.caption}
Martha Shelley, witness to the 1969 Stonewall uprising, speaks in support of a national park at the site at a 2015 press conference.   Photo © NPCA.

America’s national parks are the soul of America, telling diverse stories and teaching valuable lessons about our shared heritage. This is why NPCA is leading a campaign to designate Stonewall as the nation’s first LGBT-themed national park site.

Yesterday, NPCA convened a press conference at this historic spot to build support among elected officials and the public. We were joined by Senator Kirsten Gillibrand, Representative Jerrold Nadler, and New York Parks Commissioner Mitchell Silver. Leaders from the Human Rights Campaign and other activists shared their stories of why Stonewall is important and a fitting additional to our National Park System.

We are calling on President Obama to help create a national park site for Stonewall. It’s not just up to him. You can also help by signing our Change.org petition asking the president to preserve this important piece of American history.

All the stories of Stonewall deserve to be told as part of our shared history, to celebrate all the heroes of the LGBT movement, understand how far we have come in the fight for social justice, and contemplate how far we have yet to go to achieve equality for all people in America.