Today, the National Park Service celebrates its 99th birthday. Establishing an agency dedicated to the care of America’s national parks is one of our country’s most visionary accomplishments. The lands and landmarks our park rangers protect are among the world’s greatest wonders.

#{image.caption}
A painting of Hetch Hetchy Valley in 1870, before the area was flooded and dammed. Art by Albert Bierstadt.

Today, the National Park Service celebrates its 99th birthday. Establishing an agency dedicated to the care of America’s national parks is one of our country’s most visionary accomplishments. The lands and landmarks our park rangers protect are among the world’s greatest wonders.

Long before families loaded up station wagons to head to places like Grand Canyon, Yellowstone, and Gettysburg, a critical fight helped define how we care for our national parks—a fight conservationists lost.

In 1864, Abraham Lincoln established the country’s first public land, protecting what is now Yosemite National Park. At the time, the park was managed by the state of California. The park’s dramatic rocks, waterfalls, and giant sequoias sparked a surge in tourism. Yet the park soon became the site of a debate that pitted a growing city’s needs against the preservation of an extraordinary place.

By the early 1900s, nearby San Francisco had become the most rapidly growing city in the West. Its residents were consuming resources at a rapid rate. Faced with chronic water and power shortages, urban planners eyed Yosemite’s Hetch Hetchy Valley as a place for a reservoir and hydroelectric dam. Preservationists launched a battle to keep the valley in its natural state. Despite a hard-fought seven-year effort, the battle was lost. Congress authorized the dam in 1913, and engineers finished the first phase of construction in 1923, flooding the landscape with 117 billion gallons of water.

Many still mourn the valley’s drowning, its natural splendor lost forever to the growing pressures of urbanization. Fortunately, this fight had a silver lining: It underscored what America stood to lose if people did not speak up to protect its landscapes and its history. Naturalist John Muir, who had led the opposition to the reservoir, said of Hetch Hetchy: “The conscience of the whole country has been aroused from sleep; and from outrageous evil compensating good in some form must surely come.” 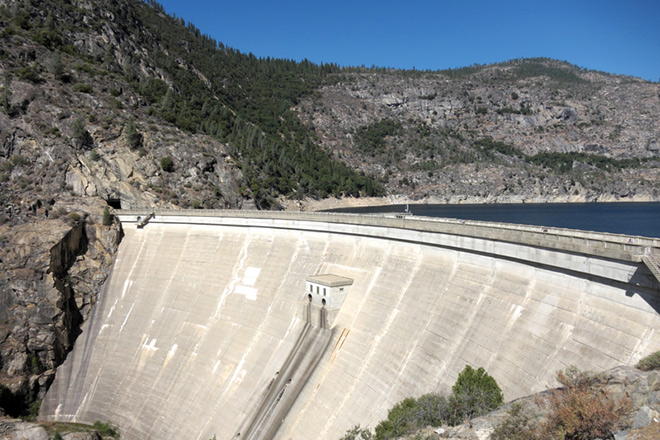 That good arrived relatively quickly. Within three years of authorizing the dam, Congress passed the Organic Act. On August 25, 1916, this act established the National Park Service and formalized its mission. Thanks to the heated public debate inspired by Hetch Hetchy, the Organic Act clearly stated America’s commitment “to conserve the scenery and the natural and historic objects and the wild life therein and to provide for the enjoyment of the same in such manner and by such means as will leave them unimpaired for the enjoyment of future generations.”

Ninety-nine years later, the need to protect our national parks is as relevant as ever. We protect these ecosystems and artifacts for their own sake, but also because we need them. We need the sanctity of wild lands and the inspiration we glean from our past. We need places that speak directly to our spirit, connect us with a sense of wonder, and bolster our psychological well-being.

And we’re still defending these privileges. If anything, we feel the attack on public lands more acutely today than John Muir did in 1913. NPCA constantly fights inappropriate energy drilling and mining near park borders, the effects of poorly-sited development at the doorsteps of historic sites, and the impacts of climate change, which threaten wide-ranging devastation across all of our lands.

We can continue to take inspiration from authors of the Organic Act, who used the Hetch Hetchy struggle to do something positive and democratic for the public good.

You, too, can help America’s favorite places continue to thrive. Last spring, NPCA launched its Find Your Voice initiative to help harness our love for national parks into real improvements for our public lands. There are many ways to get involved. Sign up for a volunteer event, write your members of Congress on a critical park-related issue, or find fun ways to share your favorite parks with friends. Learn more and help keep this vision alive.