It is clear from the sorry state of the Arlington Memorial Bridge that trying to eke by with a Band-Aid-style approach of short-term repairs to national park maintenance projects is monumentally disastrous.

Though the thousands of commuters that drive across it each day may not realize it, the Arlington Memorial Bridge in Washington, D.C., is a symbolic link between factions of a once-divided nation. The federal government first proposed building the bridge shortly after the Civil War, and it now spans the distance between the Lincoln Memorial and Arlington House, the home of Robert E. Lee, literally uniting the North and South.

However, this once-hopeful connector has seen better days. The bridge, which is now managed by the National Park Service, has been partially closed since late May to reduce the wear and tear on its corroding support beams. The Park Service is also imposing a new weight restriction of ten tons per vehicle, which will prohibit most tour and commuter buses—and possibly even Secret Service and other armored security-related vehicles—from using the bridge.

While the short-term emergency repairs this summer will cost the Park Service about $5 million, the total cost to fully repair and upgrade the Arlington Memorial Bridge is upwards of $244 million. The longer Congress delays fully repairing and restoring this historically and economically important bridge, the more expensive the overall project will become.

The big-picture problem is that the Park Service simply does not have enough funds to properly fix and maintain its roads, bridges, and tunnels.

The Highway Trust Fund is the main source of funding for transportation projects in national parks, on federal lands, and in states. But the Highway Trust Fund simply doesn’t have enough money to cover all the roadway repairs needed. As a result, the Park Service has racked up more than $6 billion worth of overdue and delayed transportation projects. These projects vary in size and scope, but all would improve public safety and accessibility.

Under current law, the Park Service is guaranteed $240 million per year from the federal Highway Trust Fund for all its park transportation projects—just shy of the total $244 million price tag on the Arlington Memorial Bridge overhaul! But the Highway Trust Fund needs to provide money for the majority of Park Service transportation projects, as well as projects for other agencies and states—meaning there are many needs competing for these limited dollars. 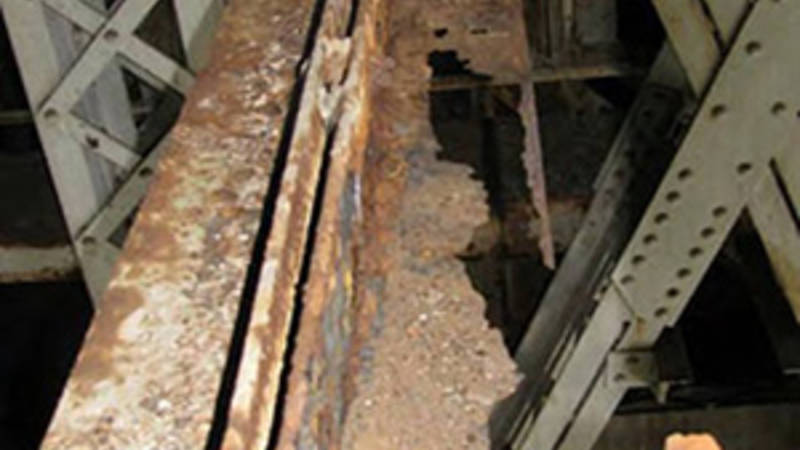 A corroded beam beneath the Arlington Memorial Bridge in Washington, D.C.

The Park Service manages 1,500 bridges and more than 10,000 miles of roads. Not all Park Service roads are meandering country lanes, either. They include major thoroughfares such as the Baltimore-Washington Parkway that connects drivers commuting between two major Mid-Atlantic cities.

Congress has had several opportunities in recent years to increase funding for the Highway Trust Fund, but has so far failed to do so. Instead of finding a reasonable long-term solution, Congress has passed more than 30 short-term bills within the last six years to continue funding transportation projects, including those in national parks, at the current, inadequate level.

The jig is almost up, though. The current short-term extension of the Highway Trust Fund expires on July 31. That means if lawmakers do not come up with an effective funding strategy that can pass both the House of Representatives and Senate in the next few weeks, they will slam the brakes on many construction and maintenance projects across the nation, and eroding national park roadways will become even more hazardous.

It is clear from the sorry state of the Arlington Memorial Bridge that trying to eke by with a Band-Aid-style approach of short-term repairs is monumentally disastrous.