Earlier this month, my husband and I escaped the endless East Coast winter and traveled to California with NPCA partners and colleagues to celebrate the wilderness at Point Reyes National Seashore.

While the park’s marine wilderness designation became official in November 2012, it wasn’t until January 1, 2015, that a series of legal battles finally ended and an oyster company previously occupying the space moved out, allowing nature to take over.

The progress that has been made over such a short period of time is nothing short of amazing, and is a testament to the great work of our National Park Service leaders. In January, the Park Service and its team of contractors set to work, removing commercial structures and debris at the site. The crew hauled 37,000 pounds of plastic tubes, mesh bags, and abandoned non-native shellfish, including invasive manila clams, out of the water. The peaceful quiet was noticeable, as motorboats no longer zoom around the estuary. The Park Service will continue the most extensive work to remove miles of wooden racks, debris, and invasive species associated with the oyster operation from our marine wilderness as the area recovers. 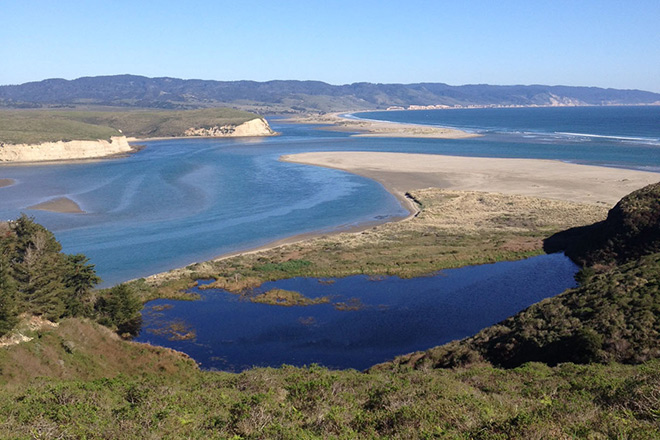 As we recognize World Water Day this Sunday, March 22, I want to see our conservation community build on the great victory we achieved at Point Reyes by helping to restore another great coastal wonder, Biscayne National Park.

Biscayne is the largest marine park in the National Park System and part of the third-largest barrier reef in the world. Biscayne is located in the backyard of Miami, one of the largest metropolitan areas in the nation, and protects part of the only living coral reef in the continental United States. It provides visitors with a unique underwater world that they might never otherwise have access to. Unfortunately, Biscayne has been overfished and over-stressed for several decades. The park’s renowned coral reefs are in a steady state of decline, and once-flourishing native fish species like black grouper and mutton snapper are now rare and typically undersized.

In the coming months, the Park Service will finalize a general management plan to inform the park’s resource policies and procedures for years to come. NPCA has long supported the creation of a marine reserve in the final management plan.

A marine reserve would help address the health of the park’s declining coral reefs and diminishing diversity of fish species and size within park waters. Research shows that marine reserves offer one of the quickest and most effective science-based solutions for conserving and sustaining coral reef ecosystems and can create better fishing opportunities when increased numbers of fish “spill over” into areas outside the reserve. After just five years of implementing a marine reserve at nearby Dry Tortugas National Park, studies have shown significant increases in the size and abundance of once-overfished species.

Biscayne is a significant economic driver for the state, and healthy coral reefs and fish stocks are at the heart of it. Nearly half a million recreational visitors to Biscayne spent more than $29 million in 2013 and sustained nearly 400 jobs in the local area. The annual economic value of the entire Florida coral reef ecosystem is about $6 billion and supports more than 150,000 jobs.

If the Grand Canyon or Yosemite’s giant sequoias were in jeopardy, there would be a public outcry and steps taken to protect these iconic natural resources. We must find the same passion to address the depletion of native fish and the continued decline of coral reef habitat at Biscayne.

We made great progress at Point Reyes National Seashore with the recent marine wilderness designation. Let’s do all we can now to protect Biscayne National Park by creating a marine reserve to protect its magnificent coral reefs, replenish native fish to the park, and restore its historic status as a world-class national park.