As parks go, Natural Bridges has some serious bragging rights: It’s Utah’s first national park site, the first International Dark-Sky Park in the world, and one of the very darkest places for stargazing in the country. Designated in 1908 by President Theodore Roosevelt, this is the only place where you can find three natural bridges in such close proximity, including the second-largest natural bridge in the world.

With only 90,000 visitors a year, it is one of the lesser-known parks in Utah, despite all it has to offer.

The three primary attractions are the bridges themselves, with easily accessible overlooks to great views. Kachina is the youngest of the three bridges, followed by Sipapu, and Owachomo. Kachina’s walls are thick and massive; over time, erosion wears away the sandstone until the bridges become more delicate, like Owachomo, and eventually collapse.

Fondly called “canyon country’s oasis” by Superintendent Jim Dougan, this park is secluded, and the canyon floor offers something you don’t often see in the desert, full-grown trees with shade. 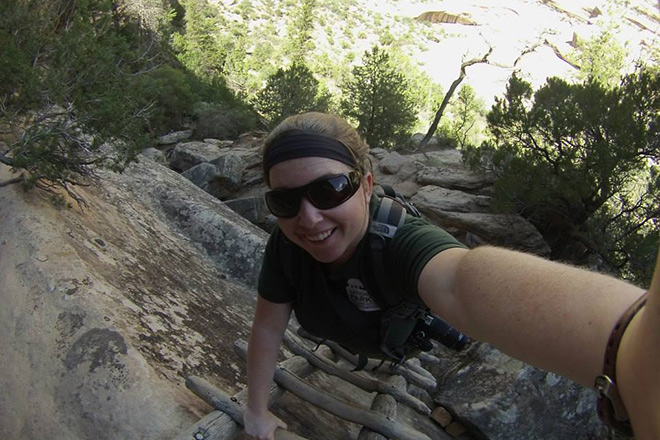 The hike to the canyon floor involves a steep descent on steps and ladders, but the rewards are spectacular up-close views of all three bridges. Photo © Megan Cantrell/NPCA. 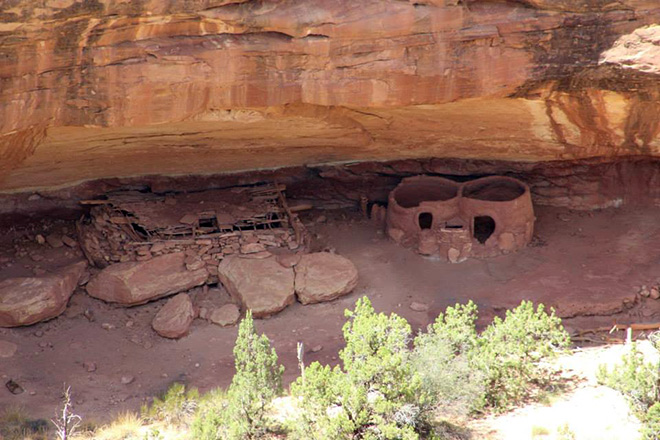 Did You Know? Natural Bridges vs. Arches

Natural bridges are formed by running or moving water (such as rivers) and can be found in deep canyons and along river beds. Arches are formed by rain, seeping moisture, and frost and are mostly found along skylines. 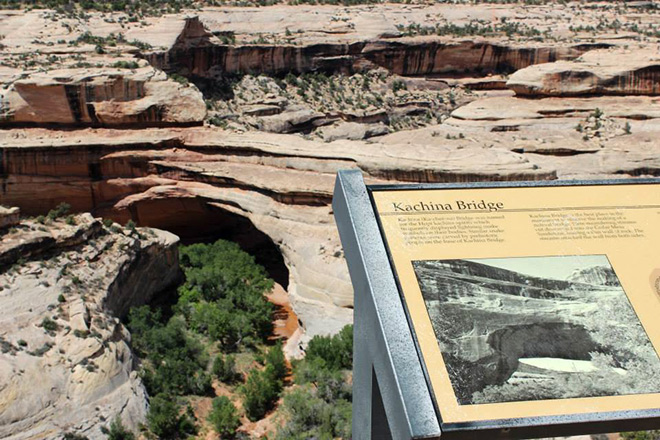 What’s in a Name?

This story is part of NPCA’s biweekly Desert Getaway series. Read more stories in the series for tips on visiting other desert parks.