Lizards on the Lam

By Jacob Baynham
Fall 2022: Lizards on the Lam

Florida’s latest invasive species is a 4-foot-long South American lizard with a taste for eggs that threatens the Everglades’ ground-nesting animals.

Laura Roberts has always loved reptiles, so she didn’t need much convincing when her 10-year-old daughter said she wanted a pet tegu lizard. It was 2006, and Roberts and her family were breeding and selling bearded dragons from their home in Central Florida. One tegu led to another, and eventually to 35 breeding adults and half a dozen pets. The Roberts family was smitten by the lizards’ beauty and uncanny intelligence.

“One figured out how to use the cat door,” Roberts said. “Then the other one did. They’re very friendly, very curious, very good at solving puzzles. They’re very adaptive.”

Sixteen years later, that adaptability keeps Florida ecologists awake at night. Native to Argentina, Brazil, Paraguay and Uruguay, these 4-foot-long omnivorous lizards somehow found themselves in the wilds of the Sunshine State, where they’ve thrived. No one can prove how it happened — possible culprits range from individual pet releases to unscrupulous importers to breeding facilities damaged by hurricanes — but by 2008 it was clear that Miami-Dade County had a self-sustaining wild population of Argentine black-and-white tegus. By 2017, the first tegu was documented in Everglades National Park, and a hatchling was discovered there in 2020.

“Right off the bat everybody understood it was going to be an emerging threat,” said Kevin Donmoyer, an invasive species biologist at the park. “They’re generalist feeders. They eat vegetation, fruits, insects, vertebrates and crustaceans. What worries us most is that they eat eggs.”

We can slow them down, but we can’t stop them. They’re here, and they’re reproducing.

All ground-nesting birds and reptiles in the Everglades are at risk, Donmoyer said. Tegus have been documented eating alligator and gopher tortoise eggs and hatchlings. Other species, such as the Eastern indigo snake, the Cape Sable seaside sparrow and the Eastern black rail, are also vulnerable.

“Who knows what will push [species] from endangered to extinct?” Donmoyer said. “A 10-pound lizard with a taste for eggs isn’t gonna help.”

Unlike pythons, tegus can be effectively trapped. The Florida Fish and Wildlife Conservation Commission runs trapping operations throughout the state. In the Everglades, University of Florida interns deploy 300 live traps baited with raw chicken eggs within and just outside the park, from February until October, at which point the lizards enter a state of dormancy called brumation. The traps are occasionally stolen (53 have disappeared this year) or moved by coyotes or alligators. But when a tegu is caught, it is placed inside two tied bags, and then in a hard-sided bin with two padlocks.

The tegu lizard is omnivorous, with a concerning taste for eggs. The invasive reptile has been documented consuming alligator eggs (pictured here beneath a gator hatchling), as well as gopher tortoise eggs.

Ground-nesting birds, such as this Cape Sable seaside sparrow, are also vulnerable to tegu predation.

Back at the lab, the tegus are killed with a captive bolt gun, and scientists from the United States Geological Survey conduct necropsies to learn more about the lizards’ diet, growth, parasites and reproduction. Last year, 844 tegus were trapped in and around the park, but the tegu population shows no sign of declining — and a tegu’s lifespan can reach 20 years. “The reality is, with what we have now, we can slow them down,” Donmoyer said, “but we can’t stop them. They’re here, and they’re reproducing.”

Donmoyer said he understands the appeal of tegus. He has a pet rosy boa and has admitted to his wife that if they ever move to a climate unsuitable to the lizards, he might like to own a pet tegu himself. “They’re stunning,” he said. “Their scales almost look like beadwork. When you look at them, they’re not dead behind the eyes. They look back at you.”

That appeal is the reason why a red tegu in San Diego named MacGyver has 190,000 followers on Instagram and his own Wikipedia page. It also explains why in a corner of the internet you can buy tegu-themed auto decals, bathroom mats and a T-shirt that reads: “I might look like I’m listening to you, but in my head I’m thinking about getting more tegus.” Enthusiasts dress their tegus, sleep with them and walk them on a leash. 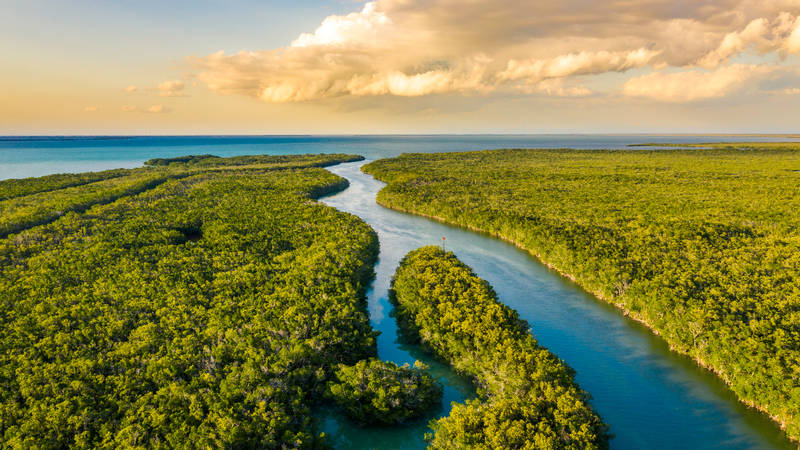 “Today is a triumph for one of America’s oldest, wildest national parks and we are grateful to see it.” – NPCA President and CEO Theresa Pierno

This devotion is why Rodney Irwin doesn’t buy the notion that tegus came into the wild because pet owners released them. Irwin lives in Homestead, just outside Everglades National Park, and sells tegus online. He blames negligent reptile importers for releasing tegus with defects such as broken tails that make them harder to sell.

“Most of my customers would turn their kids loose before they’d get rid of their tegus,” he said. “There’s a real bond there.”

Irwin’s business model is to trap and sell wild tegus. This removes tegus from the South Florida ecosystem while sparing them from eradication efforts. Irwin said he’s trapped more than 3,000 tegus since 2013. He ships them to buyers outside Florida who currently pay about $150 per lizard. Irwin’s relationship with the reptiles is mixed. He respects and admires them but deplores the damage they’re doing to endemic species. “They’re killing the crap out of our natives,” he said.

Last year, Florida designated tegus a prohibited species, meaning they can’t be purchased within the state and current owners must register and microchip their lizards. Until 2024, some breeders can continue breeding and selling tegus out of state, but they must securely house their tegus indoors.

Many breeders complain that the new regulations went too far, too fast. Roberts pointed out that house cats ravage songbirds, yet few cat owners would tolerate regulations on those pets. She also said that development in Florida is a bigger threat to ecosystems than lizards that most pet owners care for diligently and safely.

Loved or reviled, wild tegus aren’t going away anytime soon. Amy Yackel Adams, a research ecologist with USGS who specializes in invasive reptiles, first became involved with tegus while studying pythons in the Everglades in 2010. Over the years, she helped start the tegu trapping program there and conducted radio telemetry studies to learn how tegus move across the landscape.

When Yackel Adams and her colleagues used models to determine how much of the country is at risk for tegus, they found that the entire portion of the Southeastern U.S., from Florida to Texas, is suitable habitat. At least one tegu population has been discovered in Georgia, and sightings have been reported in Alabama, Louisiana, South Carolina and California. One study found that tegus were able to survive snowfall and prolonged cold in Alabama by lengthening their periods of brumation, and another study documented one tegu in Florida that didn’t hibernate at all.

“That kind of plastic behavior can allow them to wreak more havoc for longer periods of time,” Yackel Adams said.

Ecologists know the best chance to eradicate an invasive species is shortly after its introduction. Unfortunately, that’s when it’s hardest to find the money and the motivation to confront the issue. Yackel Adams said she’s still hopeful the tegu problem can be solved if enough resources are directed toward the effort, but the extent of their impact on the Everglades won’t be known until more studies are conducted.

“We don’t realize how big of a problem it is until it’s too late,” Yackel Adams said. “If tegus continue to be released and spread unabated, then we’re going to be looking at systems that are going to become greatly simplified. We will watch species drop out.”