The ceremony will honor individuals who have worked to protect and enhance our parks.

WASHINGTON – The National Parks Conservation Association (NPCA) will honor three outstanding national park advocates at its annual Salute to the Parks gala: Native American Speaks founder, Jack Gladstone, former NPCA Board of Trustees member Audrey Peterman, and former National Park Service Director Bob Stanton. The event pays homage to the critical role that national park leaders play in preserving and enhancing our parks and visitors’ experiences. This year’s hybrid gala will offer an in-person reception at the National Museum of the American Indian and virtual components for all park supporters nationwide on April 6, 2022 at 7PM ET. 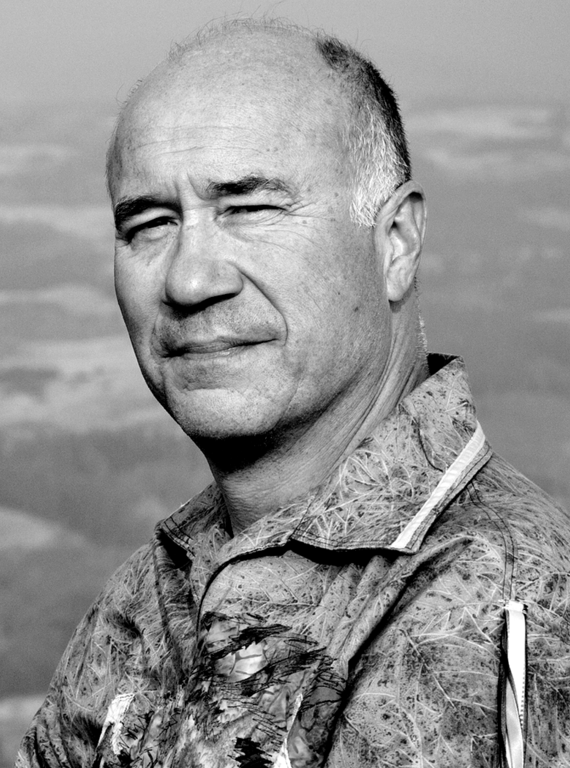 Jack Gladstone will receive the Robin W. Winks Award, which recognizes an individual or organization that has effectively communicated the values of the National Park System to the American public. Gladstone, who is an enrolled citizen of the Blackfeet Nation, co-founded the Glacier National Park’s lecture series, Native America Speaks, which is the longest running Indigenous speaker series in National Park Service history. Through this program, he and local Tribal members share their rich history and culture through singing, storytelling, presentation and hands-on learning.

“Jack’s decades-long work to uplift Native American and Indigenous voices in the National Park System personifies the urgent and necessary need for the inclusion of Tribal communities in public lands management,” said Theresa Pierno, President and CEO for the National Parks Conservation Association. “As a singer, songwriter, speaker and advocate, Jack has worked not only to invite all people to share in the stories of parks and public lands, he has also been instrumental in protecting the Badger-Two Medicine – a priceless and sacred part of the Glacier landscape. Within Glacier National Park, Jack has become a key voice uplifting the Native history of the landscape and bridging cultural divides for thousands of park visitors. His dedication and devotion are inspiring and I’m happy to recognize him for his incredible contributions to diversifying our National Park System.”

“In accepting this award from the National Parks Conservation Association, I’d first like to thank the National Park Service for their timely foresight in supporting the formation of Native America Speaks,” said Gladstone. “Almost forty years ago, I helped nurture the lecture series into existence for Glacier National Park. Today, it has emerged, as the longest continuously running Indigenous speaker series in national park history. Indigenous nations, like human elders, cradle abundant experience. This experience is harbored in tradition, both oral and written, and through time, both ancient and contemporary. Through live performance, Tribal descendants showcase Glacier’s Indigenous traditions utilizing story, poetry, dance and song. Finally, I extend deep gratitude towards the NPCA’s commitment to the preservation and protection of our wilderness heritage. This heritage inspires and informs me to become the best lyric poet I can possibly be. These compositions have distinguished my career as a Blackfeet interpreter, as a songwriter and as a recording artist.“ 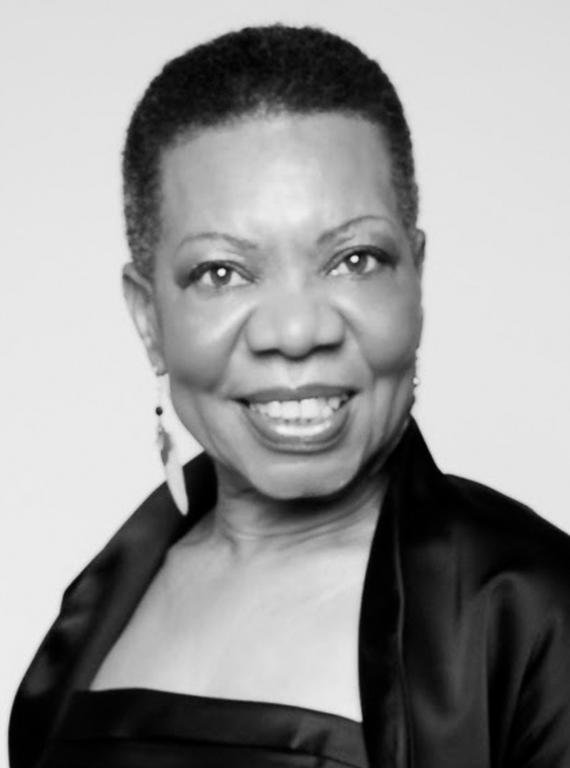 Audrey Peterman, who served five terms on NPCA’s Board of Trustees will receive the Centennial Leadership Award, for her outstanding contributions toward ensuring that the national parks are ready and well-prepared for their second century of service to the American people.

Through her prolific years-long support of our national parks, Peterman has worked tirelessly to ensure they are inclusive for all, and especially for Black and brown people in outdoor spaces. Together with her husband, Frank, Peterman raises awareness and organizes tours about the National Park System and the contributions of Black and brown Americans within the parks. And in 2014, they formed the Diverse Environmental Leaders Speakers Bureau to provide access for organizations seeking environmental experts of color.

“Audrey embodies the very definition of who we are and where we want to be as conservationists,” said Pierno. “Audrey’s tireless efforts to raise Black and brown voices within our national parks has created access and inroads for millions of people. I am so proud to honor her for her tenacity, resiliency and dedication to ensuring that the National Park Service keeps its fundamental promise to serve, inspire and welcome all of us. Audrey is leaving a lasting impact on our parks and for all she introduces to them.”

“I am very appreciative of this recognition from NPCA and thankful to everyone who contributed to the decision,” said Audrey Peterman. “The first time I visited a national park was Acadia in Maine, 1995, and I felt transported to a new dimension of beauty and joy. I felt infinitesimal and yet part of everything. The feeling was so liberating that I wanted to make sure everyone could experience it, especially people in urban neighborhoods who need it most. Today there are thousands of people just like me and hundreds of organizations striving to break the barriers that keep our parks obscured from diverse eyes. What hasn’t changed in more than two decades is the paucity of funding and support for our work. Whether it’s intentional or not, it needs to change urgently if we are to succeed in protecting our parks for the benefit of this and future generations.” 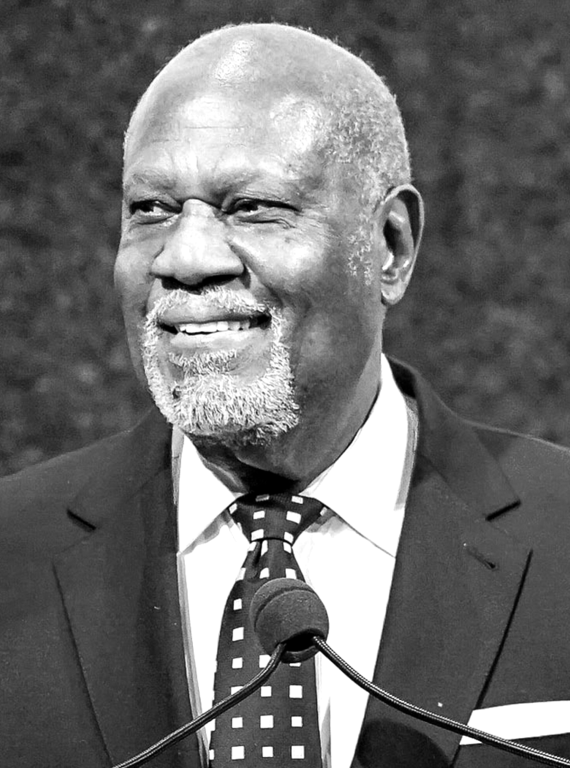 Former National Parks Service (NPS) Director and Senior Advisor to the Secretary of the U. S. Department of the Interior, Bob Stanton, will receive the William Penn Mott, Jr. Leadership Award, which recognizes the efforts of a Member of Congress or other public official who stands as a strong advocate of the National Park System. Stanton will receive the award for his distinguished career and work as a transformational park advocate whose contributions have forever changed the National Park Service for the better.

Stanton hails from Mosier Valley, one of the oldest communities in Texas founded by African Americans after the Civil War. During his time as NPS Director, and with the excellent relationships he built with Congress and beyond, the Park Service budget increased significantly. Along with support of outstanding staff and partner organizations, Stanton developed many programs including the Natural Resource Challenge, Save America’s Treasures program, Ecosystem Studies Unit Program, the National Underground Railroad Network to Freedom, and eleven new national parks.

“Bob’s dedication to our national parks is unmatched,” said Pierno. “His expertise, influence, and steadfast commitment to preserving our parks and ensuring the park system represents a broader, more honest and diverse telling of our history is a fundamental legacy of success our nation will draw upon for generations. During his time as Director, Bob took particular interest in increasing the diversity of Park Service staff and public programs to promote opportunities for young people to engage with our parks. We are grateful for his work on the Public Lands Conservation Corps and International Affairs Program, both are so important to how the federal government is viewed as stewards of our natural and cultural resources nationally and abroad.”

“I am honored and humbled to receive the William Penn Mott, Jr. Leadership Award,” said Bob Stanton. “I am indeed grateful to NPCA for this high recognition. This award is very significant to me in that I had the privilege and pleasure to work for the award’s namesake who served as the 12th director of my beloved National Park Service. I am and shall remain grateful to so many for their encouragement, counsel and support over the course of my journey in conservation and park management. I particularly want to applaud NPCA for its unwavering commitment, stellar leadership and outstanding contributions toward preserving our rich and diverse natural and cultural heritage. May this noble journey continue for the benefit of this and future generations.”

The National Parks Conservation Association’s annual Salute to the Parks event offers one of the most influential gatherings of the conservation and environmental communities. This annual event celebrates our national parks and the people around the country who speak up on their behalf. Learn more at www.npca.org/sttp.

About the National Parks Conservation Association: Since 1919, the nonpartisan National Parks Conservation Association has been the leading voice in safeguarding our national parks. NPCA and its more than 1.6 million members and supporters work together to protect and preserve our nation’s most iconic and inspirational places for future generations. For more information, visit www.npca.org.