Saving a Piece of History at Harpers Ferry

Four historically significant acres at risk of becoming a mini-mart will now be preserved as part of the national park.

Today, NPCA and our partners announced an exciting milestone at Harpers Ferry National Historical Park in West Virginia. We helped purchase four acres of private land significant to the park’s Civil War and civil rights history so that these parcels can be incorporated into the national park and preserved forever. Protecting this modest acreage from future inappropriate development will bring significant benefits to the national park, and the region, by helping to preserve the park’s historic character.

This success brings professional as well as personal satisfaction, as Harpers Ferry has been part of my life for more than three decades.

After moving to the Washington, D.C., area in my 20s, my friends and I traveled frequently to Harpers Ferry to whoop our heads off while rafting on the Shenandoah River, and to power-hike Maryland Heights, the highest mountain overlooking the historic town, with stunning views of the Potomac and Shenandoah Rivers. I had a passing knowledge of John Brown’s 1859 raid on the federal arsenal at Harpers Ferry that helped to spark the U.S. Civil War, but other than that, I remained relatively clueless about the region’s rich and complex history. That changed in January 2001.

During my first week on staff at NPCA, the Harpers Ferry Conservancy invited us to participate in a meeting to learn about a proposed housing development on the historic Murphy Farm next to Harpers Ferry and to discuss possible strategies for protection. I was intrigued—and unsure of what to expect.

At the meeting, two dozen community leaders expressed concerns about the proposed development. The group included a former Texan who worked for the national Republican Party, civil rights leaders working to protect and interpret the region’s African-American and civil rights history, an entrepreneur, National Park Service staff, and other conservationists and preservationists. The day included an unforgettable tour led by Dennis Frye, now the park’s chief historian, who made us see and feel not only the smoke and horror of the three-day Battle of Harpers Ferry in September 1862, but also the inspiration and humility of the early civil rights leaders who made a pilgrimage in 1906 from Storer College to John Brown’s Fort, then located on the Murphy Farm. 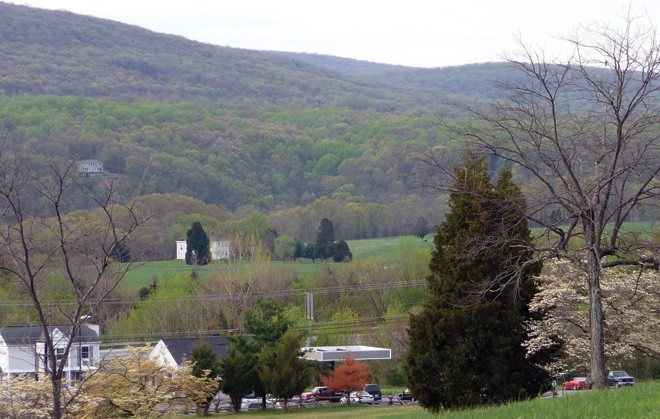 The existing modern structures on the lots preserved by NPCA and the Civil War Trust will be removed and the landscape rehabilitated, making the view from Bolivar Heights toward Murphy Farm once again evocative of its appearance in September 1862. Photo © Joy M. Oakes/NPCA.

We agreed to work together to protect the Murphy Farm, a 99-acre site with a rich history. Here Confederate troops positioned artillery in September 1862, helping to secure their victory in time to quick-march down the road to Antietam to shape the outcome of that battle. And more than four decades later, early civil rights leaders convened here, ultimately leading to the creation of the NAACP. Indeed, two years after our January 2001 meeting, the Trust for Public Land successfully brokered a deal to purchase the site for addition to the national park.

During the meeting, however, Rob Nieweg of the National Trust for Historic Preservation asked, “If we protect Murphy Farm, have we met the preservation needs of the park?” Paul Rosa of the Harpers Ferry Conservancy responded by sharing a map he had created that showed lands key to understanding the history the park was established to protect and interpret—lands that were still at risk for incompatible development.  In the ensuing 12 years, NPCA and this broad coalition have worked together successfully to protect most—but not yet all—of those lands at risk. 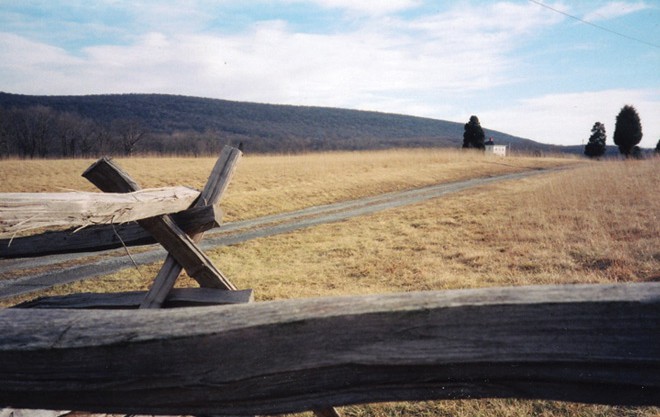 Today, we can check three more critical sites off of the list—three lots totaling four acres along modern Route 340 at the Harpers Ferry gateway. The parcels lie between the Murphy Farm and Bolivar Heights, one of three key strategic plateaus near the town, held by Union troops during the 1862 Civil War battle. Union forces ultimately lost the battle, resulting in the largest surrender of U.S. troops and supplies during the Civil War.

Not so long ago, these sites were being eyed as a possible location for a large service station and mini-mart, among other proposals. We are grateful to all who worked together to protect the historic character of the national park, so that 100 years from now, our children’s grandchildren can visit here and walk in the footsteps of those who made history, with fewer modern intrusions to imagine away.

Key to the preservation of these lands was a generous gift from an anonymous NPCA donor whose philanthropic goals closely aligned with this project and whose gift leveraged special congressional funding intended specifically for purchases like this. Prior to his passing, the late U.S. Senator Robert C. Byrd of West Virginia secured a grant for Harpers Ferry National Historical Park from this federal funding program, known as the Land and Water Conservation Fund (LWCF), one of several LWCF grants used to protect land at Harpers Ferry over the years.