Ghost stories might scare your campfire circle. They can also offer hyperlocal histories for travel destinations around the country. Learn about a few spectral park visitors — if you dare — including kidnapped sailors and a skinny-dipping conservationist.

Fog over Gettysburg National Battlefield, rumored to be one of the most haunted national park sites in the country.

Thank you to Danielle LaRock and Cassie Yahnian, hosts of the “National Park After Dark” podcast for sharing their research and stories with us!

A fisherman stands on a dock as fog rolls down from the mountains at Lake Crescent in Olympic National Park.

Lake Crescent has been the site of several mysterious disappearances and accidents over the years, but perhaps none so chilling as the “Lady of the Lake.” In 1940, two fishermen discovered an unusually well-preserved body floating on the surface of the 12-mile-wide lake. Deep-water chemicals had turned her skin hard and waxy, and her face wasn’t recognizable. 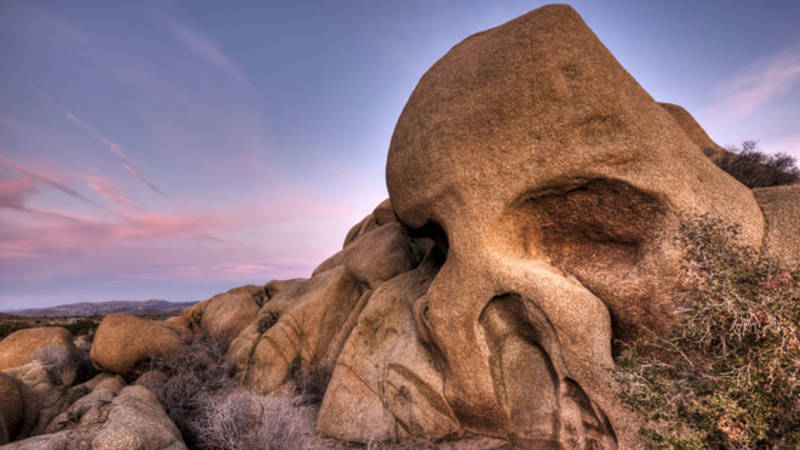 As the days get shorter, the nights get spookier—at least during the month of October. If you’re looking for a few mysterious places to explore before telling ghost stories by…

Dental records helped identify the body as Hallie Latham Illingworth, a woman who had vanished from nearby Port Angeles back in 1937. She had been working at a tavern when she met her third husband, but things were bleak from the start — she routinely showed up to work with bruises and black eyes. When Illingworth disappeared six months into their marriage, her husband claimed she’d run off to Alaska with a sailor.

Ropes tied around Illingworth and marks on her body eventually helped authorities convict him of her murder (though he only served nine years). Ghost sightings are common among visitors and locals alike, particularly around the Spruce Railroad Trail and the Lake Crescent Lodge, formerly the tavern where Illingworth worked.

Storm clouds over Indiana Dunes National Park, where the ghost of a conservationist is said to roam the beaches.

Visitors to Indiana Dunes report seeing the spirit of “Diana of the Dunes,” also known as Alice Mabel Gray — the reason the dunes are now protected lands.

Born in 1881, Gray attended college at 16, receiving her bachelor’s degree and a slew of honorable mentions in biology, math and astronomy, all before most women in the U.S. could even vote. After picking up a master’s degree in Germany, she came home to Chicago to a job as a stenographer. She hated the limitations of a 9-to-5 lifestyle and found refuge at Indiana Dunes.

At 34 years old, Gray left society behind and permanently moved to the lakeshore, living on her own in a rundown abandoned shack. She studied the ecology of the dunes, writing, hiking and occasionally frolicking naked in the waves. Sailors spotted her skinny dipping (viewed as an outrage at the time), and newspapers picked up her story, calling her a mermaid, “Nympho of the Dunes” and “Diana of the Dunes” after the Roman goddess of wildlife. She used her newfound fame to talk about conservation and why the dunes shouldn’t be destroyed. Though she died of kidney failure before the area was protected as a national park site in 1966, Gray is a direct reason the land is protected. The park honors her memory with “Diana’s Dare,” a challenge to visit sites associated with Gray to see the park through her eyes.

The wrongfully accused defendants of the 1692 witch trials aren’t the only lingering spirits in Salem. In the 1700s, the city was a bustling port with traders from all over the world, contributing to the rise of gambling and brothels.

The wealthy merchant Elias Haskey Derby (owner of Derby House, part of the present-day national park site) created a side business smuggling jewels, foreign metals, art and other valuables into Salem. He realized he needed two things to grow his business: a network of tunnels to move the goods underground and a steady stream of new crew members for his ships (hard labor and rampant disease made less-than-attractive help wanted ads). Derby realized he could kill two birds with one stone by using a tunnel to a local brothel to kidnap young men to work for him.

Today, the brothel is a restaurant called Mercy Tavern, known as one of the most haunted places in Salem. Diners claim to hear voices and see sailors sitting at the bar, and employees report shouts and loud noises under the floorboards. There are plenty of rumors about what happened in those underground passages, but ironically, Derby was able to build the tunnel system by telling the town he wanted to revamp its marshlands into parks (which he did!).

Old Faithful erupting in front of the inn with the same name, a site reportedly haunted by the ghosts of several former guests.

Yellowstone’s Old Faithful Inn is home to its fair share of ghost stories, from a crying child in sneakers who disappears when anyone tries to help him to a sea merchant jostling door handles and peering in windows.

Perhaps the most famous spirit is the Headless Bride of Room 127. Legend has it that in 1915, two newlyweds were violently arguing after the husband had gambled away all their money. He fled the park, and the bride wasn’t seen for days. According to the story, hotel staff finally found her in the bathtub — without her head.

People claimed to see the bride floating around the inn, crying and upset, and the story became extremely well-known. Yet, in 1983, an assistant manager at the inn admitted to making the whole thing up. It remains unclear whether the murder actually happened, but the bride has made her way into park folklore regardless.

Before Mammoth Cave was protected by the National Park Service, it was privately owned, changing hands throughout the 1800s. Owners almost always offered tours to the public, even during the Civil War.

In 1839, a lawyer named John Croghan purchased the caves for $10,000 with even bigger plans: a tuberculosis sanatorium. Croghan believed the cave environment would treat or even cure the disease, since ancient archaeological finds were incredibly well preserved in the cave’s depths. Enslaved people built huts (including two that still exist today) where 13 patients planned to live for a year. Public tours occasionally crossed paths with the patients, and visitors would hear echoing coughs and stumble on gaunt patients in hospital gowns by lantern light.

Initially, it did seem like the air quality was helping the patients get better, but things quickly took a turn: Five patients died, and the experiment was nixed. Visitors today recount hearing coughing and seeing the shuffling apparitions of the patients.

The grave of Jennie Wade at Gettysburg National Battlefield in Pennsylvania. A flag flies at all times beside her monument.

More than 7,800 soldiers lost their lives in July 1863 during one of the most intense battles in U.S. military history, so it’s no wonder many consider Gettysburg one of the most haunted places in the country. While less densely haunted than other parts of the battlefield, park-goers can visit the home of the only civilian killed during the battle, the Jennie Wade House.

Mary Virginia “Jennie” Wade was visiting to help care for her sister’s newborn baby and do her part to keep the soldiers fed. More than 150 bullets struck the house over the course of the fighting.

On the third and final day, an errant bullet flew through two closed doors and struck Wade as she was kneading bread dough in her sister’s kitchen. The shot hit her torso and killed her instantly. She was eventually laid to rest in Evergreen Cemetery after her mother campaigned to have her buried there with the soldiers from the battle. A perpetually raised American flag flies next to her monument, an honor she is one of only a few women in the U.S. to receive. Visitors say they see Wade walking through her family’s home, wandering the fields and even appearing in photographs taken at the house.