Facing the Climate Catastrophe: What We Do Now Matters

The forecast on climate is stark, but the Biden administration can take meaningful action now to help avoid the worst effects of the crisis.

Sunset over St. Mary Lake at Glacier National Park. The namesake glaciers at this park are rapidly melting as a result of climate change. In 1850, the region had 150 glaciers. In 2021, there were just 25 left.

On August 9, the Intergovernmental Panel on Climate Change released its assessment of the state of the climate — the panel’s grimmest yet. The window to stop some of the worst effects of the climate crisis is rapidly closing, the report found, and world leaders must act with urgency to prevent catastrophe.

The report, prepared by more than 200 top scientists around the globe and approved by the 195 UN member states, is the first of three expected this year to inform emission reduction commitments at the 26th annual international summit known as the Climate Change Conference of the Parties (COP26) this November in Glasgow, Scotland.

The report states in no uncertain terms that we need transformational change to avoid more frequent and damaging occurrences of the extreme wildfires, drought, heatwaves, rising seas, coastal floods and other severe consequences we are already seeing as part of the crisis. Some changes, such as melting Arctic ice sheets, are already irreversible. And all of these changes have landed on the doorsteps of our national parks.

What we do now matters. It is still possible to prevent the worst-case scenarios — and to give our children a planet they deserve. If I am lucky enough to have grandchildren, I hope to reflect on this time and tell them that despite unprecedented challenges, we rose up and met the moment with actions that prioritized the health of our planet, our communities and our future. To make this possible, we must continue to push our leaders to take the swift and meaningful actions this moment calls for.

At NPCA, we are focused on four critical policies that support practical, transformational change to reduce U.S. greenhouse gas emissions, including one priority you can take action on today. 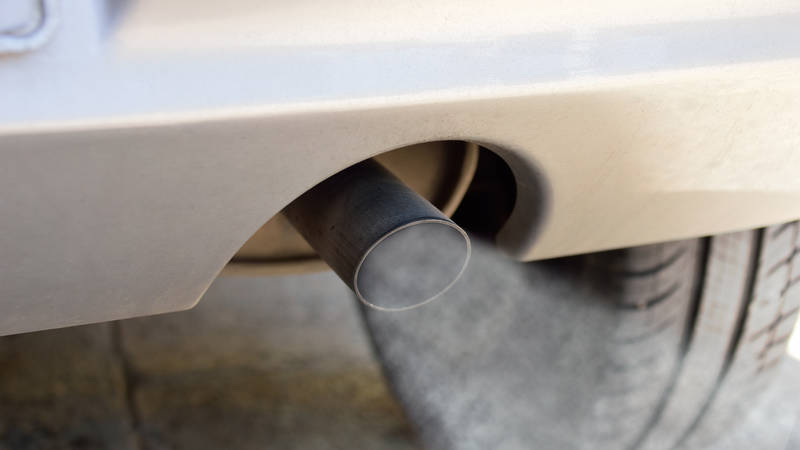 Cars are one of the largest contributors to the climate crisis. It’s time to hold car manufacturers accountable for lowering vehicle emissions.

Cars are one of the largest sources of climate and air pollution in the United States. The Environmental Protection Agency (EPA) has proposed a rule that would require car manufacturers to build vehicles that emit less pollution. For parks like Sequoia and Kings Canyon where car pollution is the biggest contributor to air quality problems, getting this rule right is critical. Strong standards would not only benefit our air and climate, they would also save drivers money at the pump. NPCA is asking the EPA to strengthen its proposal to cut this pollution and bring us closer to a zero-emissions transportation future. Limiting these emissions will especially benefit communities of color and vulnerable populations such as children and the elderly who disproportionately suffer harmful effects from air pollution.

Many wilderness areas and national parks, including Great Smoky Mountains, Yosemite and Grand Canyon, have the strongest clean air protections in the country, a mandate under the Clean Air Act. Each state must create enforceable plans every 10 years detailing the steps it is taking to achieve haze-free skies in these public lands. In the past decade, enforcing these plans has resulted in cleaning up or closing down about 150 power plants around the country, significantly reducing the pollution that contributes to the climate crisis. This 10-year process has begun again, and NPCA is focused on securing strong commitments from states to reduce haze, which not only cleans up the air but can also limit greenhouse gas pollution and support a transition to clean energy.

3. Reducing methane, one of the most potent climate-warming emissions, from oil and gas development

Methane is the primary component of natural gas and a powerful climate pollutant that is released into the atmosphere from oil and gas production. In early fall, the EPA is expected to issue new rules to reduce methane pollution from the oil and gas sector. The same practices that reduce methane will also reduce volatile organic compounds, pollutants that harm air, water and other natural resources. As we work to phase out oil and gas production across the country and build a just and sustainable clean energy future, EPA regulations must cut significant pollution from the sector, in part by ending the industry practice of burning off excess methane gas, known as flaring. Sharply curbing methane emissions is crucial to combating the climate emergency, reducing waste, and safeguarding public and environmental health.

The annual process to fund the federal government is underway in the Senate, and lawmakers have the opportunity to pass investments that expand social and environmental programs in ways that robustly address climate change. NPCA is advocating for a budget package that includes:

These actions will lower greenhouse gas emissions and lessen the effects of climate change by addressing them at the source, improving our air and water and reducing harm to people, other species and the world’s ecosystems.

Though the latest news can feel hopeless, in the words of one climate scientist, “This is a problem with a solution! With many solutions!” With so much at stake and so much worth protecting, one thing is clear: we must do all we can to protect all we can.