10 Places Everyone Should See in Alabama’s Black Belt

Legislation introduced today in Congress would preserve one of the most culturally rich parts of the South. Never been to the Black Belt? Here’s what you’re missing.

A waterfall in the Talladega National Forest, part of Alabama's Black Belt region.

Alabama’s Black Belt region — named for its rich, fertile soil — is home to watershed sites in the struggle for civil rights, where the great-grandsons and granddaughters of enslaved people risked their lives and changed the course of history. The area also features lush ecological diversity and a wealth of rural Southern culture, from world-renowned Gee’s Bend quilts to legendary country and blues music. 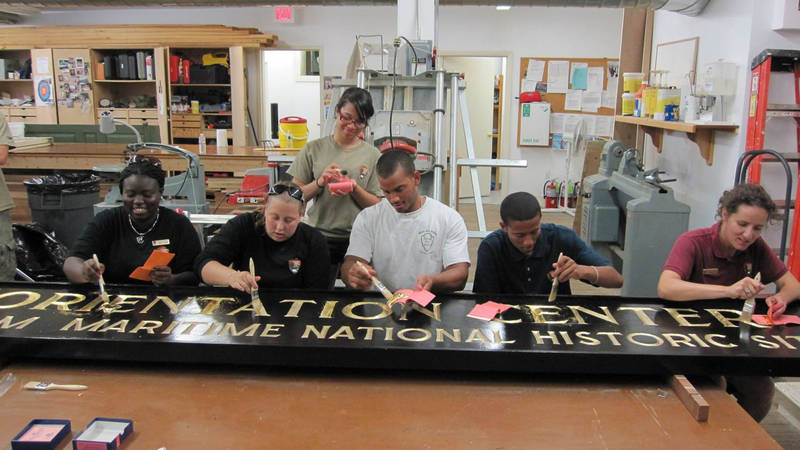 From the Motor City to the Arabia Mountains, we should invest in the cost-effective partnerships that share America’s stories and create jobs around the country

Earler today, House Rep. Terri Sewell and Sens. Richard Shelby and Tommy Tuberville introduced legislation that would create an Alabama Black Belt National Heritage Area across 19 counties in the state, preserving much of this history through innovative public-private partnerships overseen by the National Park Service. The designation would bring widespread attention and much-needed economic development to the region.

NPCA has been part of a coalition working to establish the national heritage area. Here, the locals say it’s a place where “the culture is as rich as the land.” I’ve been to this remarkable part of the South many times and could not agree more.

These are just 10 of the many places everyone should experience in this important part of Alabama that, if the legislation passes, would become part of the national heritage area. (Note that not all sites are currently open due to the pandemic.)

1. The site of one of the longest-lasting protests in American history.

Rosa Parks is fingerprinted by Lieutenant D.H. Lackey a few months after her arrest on December 1, 1955, for refusing to give up her seat to a white passenger on a segregated municipal bus in Montgomery, Alabama.

Montgomery is the state capital and home to the famous Montgomery Bus Boycott that took place from 1955 to 1956 and put a spotlight on Rosa Parks as a national hero. The year-long fight ultimately led the U.S. Supreme Court to rule that segregation on public buses is illegal. Visitors can learn more about the boycott and Parks’ life at the Rosa Parks Museum, located at the site of her famous arrest and featuring a restored bus and other artifacts.

The Dexter Avenue Baptist Church in Montgomery, Alabama, where Dr. Martin Luther King Jr. began his career as a preacher and became involved with the Montgomery Bus Boycott.

Coretta Scott King was a daughter of the Black Belt, from Perry County. She met Dr. Martin Luther King Jr. when he was working on his doctorate in theology at Boston University and she was studying at the New England Conservatory of Music. In the 1950s, they moved to Montgomery and Martin Luther King began his career as a preacher at the Dexter Avenue Baptist Church, where he became involved in the Montgomery Bus Boycott with Rosa Parks and many others, and where Coretta Scott King organized and performed in Freedom Concerts to raise money for the Southern Christian Leadership Conference. King’s parsonage was bombed several times, though fortunately, no one was hurt. Visitors can now see the restored building where he preached and the Dexter Parsonage Museum at the site of the former King home.

3. A museum honoring one of country music’s biggest legends

Hank Williams, fourth from the left, with Audrey Sheppard Williams and the Drifting Cowboys, 1951.

Hank Williams was a hitmaker and superstar of the late 1940s and early 1950s, writing classic songs such as “Move It on Over” and “Your Cheatin’ Heart,” before struggling with addiction and dying of heart failure at age 29. He is considered by many to be the father of modern country music, and the Hank Williams Museum is packed with artifacts — and music, of course — with insight into his short, remarkable life. Visitors can see everything from his boots to his records and awards to his classic blue Cadillac. 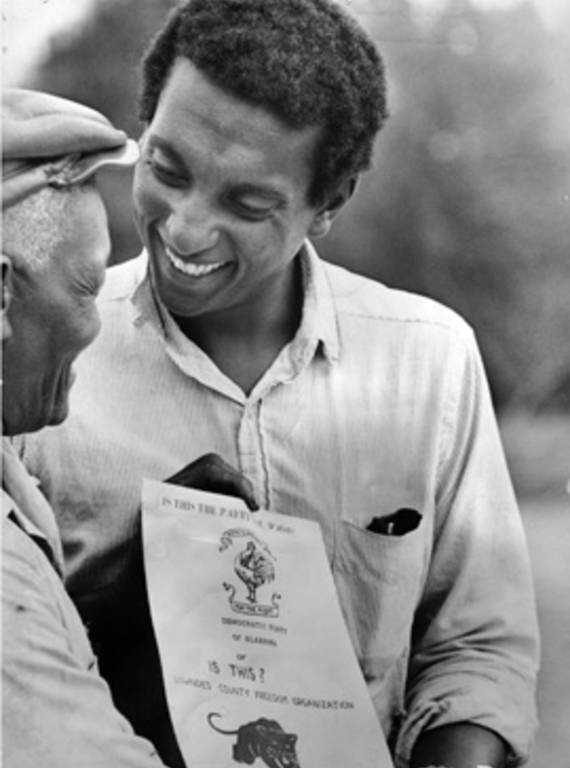 In deeply rural Lowndes County and across the Black Belt, members of the Student Nonviolent Coordinating Committee (SNCC), including John Lewis and Stokely Carmichael, went door to door in the 1960s to organize and register Black voters who had never before cast a ballot. Under constant threat of death, these activists organized an independent Black political party known as the Lowndes County Freedom Party. The party used a black panther as its symbol, inspiring the Black Panther Party, which formed soon after using the same logo. Carmichael joined SNCC while at Howard University and challenged segregation laws in interstate transportation as a Freedom Rider before becoming an organizer in Lowndes County. In 1966, he became chairman of SNCC and helped found the Black Power Movement, which espoused self-defense, self-determination, political and economic power, and racial pride. Learn more about this history at the Lowndes Interpretive Center, with exhibits on some of the people and places involved.

5. One of the most scenic and biodiverse rivers in the country

The Cahaba River with stands of its namesake aquatic lilies in bloom.

Flowing for 194 miles from its headwaters near Birmingham southwest through five counties, the Cahaba is the longest free-flowing river in the state. The river is a major source of drinking water for state residents, provides habitat for dozens of imperiled species, is known for its diverse communities of mollusks and snails and the rare Cahaba lily, and supports a staggering variety of fish, including 18 species found in no other river system. Visitors can enjoy the river’s natural beauty at the Cahaba National Wildlife Refuge and the Alabama Scenic River Trail.

6. The bridge where people risked their lives for the right to vote

The Edmund Pettus Bridge in Selma, Alabama, part of the Selma to Montgomery National Historic Trail.

The Selma to Montgomery National Historic Trail traces the 54-mile route where hundreds of protesters marched and overcame violence in 1965 to secure their right to vote. Participants in the first march only made it six blocks to the foot of the Edmund Pettus Bridge before policemen and white vigilante groups brutally attacked them with tear gas and nightsticks in an event now known as Bloody Sunday. Despite violent assaults, marchers continued to demonstrate, ultimately reaching the state capitol building, the cradle of the Confederacy, under the protection of National Guard troops. The late Congressman John Lewis was badly beaten and sustained severe injuries during the attack on the Pettus Bridge, becoming an icon in the fight for equality. The march galvanized support for the Voting Rights Act, which passed Congress later that year and was signed into law by President Lyndon B. Johnson.

Women from Gee’s Bend work on a quilt in Birmingham in 2005.

A tiny, isolated community in Wilcox County surrounded on three sides by the Alabama River gave birth to a vibrant style of quilting that has now been passed down through six generations of artists and become nationally recognized as a significant folk art form. The colorfully patterned and innovative textiles, originally created with whatever materials were available as a means to support the artists’ families, have been displayed at museums and galleries throughout the country. The Gee’s Bend Quilting Collective hosts visitors by appointment and offers periodic retreats.

8. A convergence of hundreds of artists’ works

The Black Belt Treasures Cultural Arts Center fosters economic development by showcasing the heritage, arts and culture of the Alabama Black Belt. In addition to promoting local artists and selling their work, the center offers teaching programs at schools, community centers and nonprofits across the region, along with afterschool programs and art classes for children and adults. Over 450 artists are represented, including painters, sculptors, potters, basket weavers, woodworkers and fabric artists from the 19 counties of the Black Belt.

More than 80 years ago, African Americans were barred from flying in the U.S. military. But in 1941, under pressure from civil rights organizations and members of the Black press, the Army Air Corps began training African Americans to fly and maintain combat aircraft during World War II. The program, which took place at the distinguished Tuskegee Institute, trained more than 1,000 Black pilots, navigators, bombardiers, instructors and other associated personnel, who flew more than 1,500 missions during the war and won more than 850 medals, defying prevailing stereotypes and opening African Americans to more opportunities in the military. Visitors can learn more at the Tuskegee Airmen National Historic Site, which contains a restored hanger and a museum with a replica of a red-tail plane the airmen were known for piloting. In 1948, President Truman signed Executive Order 9981 declaring equality of treatment and opportunity for all persons in the armed services without regard to race, color, religion or national origin.

10. The ghost town that was once the state capital

The ghost town of Cahawba sits in a lowland valley just outside of Selma at the confluence of two rivers. It served as the state capital from 1820 to 1825, but regular floods and dank, buggy conditions caused legislators to move the capital to Tuscaloosa in 1826, and after a severe flood inundated the town in 1865, lawmakers moved the county seat to Selma, leading to Cahawba’s demise. After the Civil War, Cahawba briefly served as a meeting place for freedmen, who organized political gatherings in the former courthouse, though they soon left the failing town as well. Today, the Alabama Historical Commission maintains the ghost town as an archaeological park. Visitors can see the remnants of old streets and buildings amid towering oaks and Spanish moss and take guided walking and wagon tours of the area.