To Have a Functioning Democracy, We Need Truth and Justice

I lived through three bloody coup d’états before coming to the U.S. To move forward from violence and division, we must be able to denounce propaganda, speak our truth and find common ground.

Riot police and insurrectionists outside the U.S. Capitol on the evening of January 6, 2021.

Photo by Tyler Merbler/CC BY 2.0

The last several months have been some of the most tumultuous in recent memory. For the first time in its history, the United States did not have a peaceful transition of presidential power. Now, two months after a mob of insurrectionists attempted to overthrow our government, people remain bitterly divided over the basic facts of what happened.

This is a dangerous place to be as a country. I know, because I lived through three bloody coup d’états and a violent civil war before coming to the United States 19 years ago.

I never imagined, after living in this country for so many years and seeing it held up as a beacon of democracy, that I would live to see a failed coup in my new home. But the January 6 attempt to overturn a free and fair election did not come out of nowhere. And it is not going to get better for any of us unless we face our differences and reckon with our past.

Virginia National Guard Airmen help secure the grounds near the U.S. Capitol, Jan. 13, 2021, to provide support to federal and district authorities leading up to the presidential inauguration.

My story may not be what you would typically hear from a national park advocate, and it may make you uncomfortable — but facing that discomfort is part of working toward a solution. To fight for our parks, for social justice and for anything we hold dear, we must have a functioning democracy, and America’s bedrock principles are under threat.

And though my story is not happy, it is ultimately hopeful.

I was born in Chad in 1973, at a time when the country was already in rebellion. The nation’s first elected leader, François Tombalbaye, had begun moving from democracy toward authoritarianism, banning all political parties except for his own. He was eventually killed in his presidential palace in 1975, aggravating divisions between the mostly Muslim north and the mostly Christian and animist south, where Tombalbaye and my family are from. By 1979, the country was in a full-blown civil war.

When I was a child, my father worked on a state-run research farm. One of his employees, a security guard, was a Muslim from the north — I knew his family and would play with his kids. When the civil war started, northerners started killing southerners living in the north, and southerners retaliated against northerners living in the south. Our security guard, scared, tried to travel to a nearby city to find his relatives. He got on his bicycle one morning but never made it there. I always wondered what happened to him — someone who had done nothing wrong. Meanwhile, the country continued to descend into chaos.

An aerial view of N'Djamena, the capital of Chad.

In 1982, a northerner seized power, and northerners retaliated against southerners. Although my family wasn’t involved in politics, we paid a heavy price.

One morning in 1984, during a period now known as Black September, soldiers showed up at my father’s farm and massacred everybody they could find. My father and one other person escaped, but my nine-year-old brother and all of my father’s colleagues were killed. Soldiers went door to door through the farm and opened fire on everybody hiding there. Two workers hiding under my parents’ bed were executed in cold blood. Today, you can still see marks where bullets hit the walls and the floors. I was 10 when this happened.

Soldiers kidnapped my uncle, a county executive, and he was never seen again. Villages were looted and burned down, churches were destroyed, women were raped. From 1982 to 1990, more than 40,000 people were killed or “disappeared” like my uncle — targeted simply for their religion, ethnicity, perceived political affiliation or where they lived. 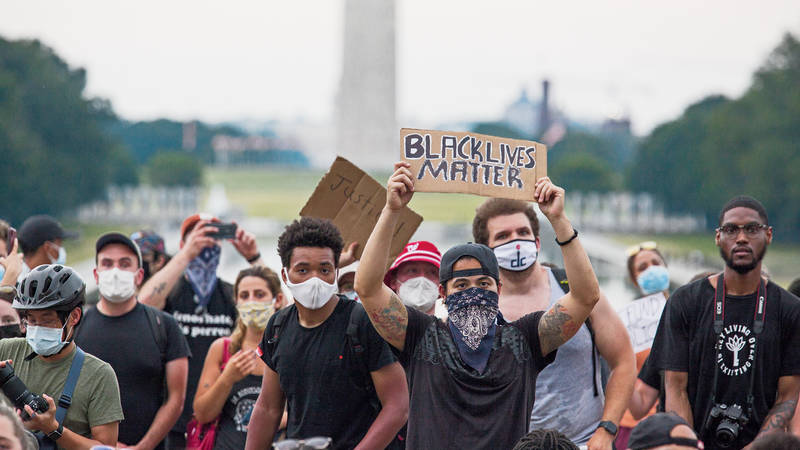 To this day, I haven’t gotten over the trauma of that time. There was no accountability or justice whatsoever. And I came very close to being part of that brutal cycle of revenge.

After soldiers killed my brother, I wanted to join the rebels as a child soldier — and would have if my mom hadn’t talked me out of it. The kids in those rebel groups rarely came back, and if they did, they returned completely destroyed. But when I was 11, I could have grabbed a gun and killed more innocent people who had nothing to do with the soldiers who hurt my family. Thankfully, my mom saved me from those dark ideas.

In 1990, President Idriss Déby came to power by toppling the previous leader, and people saw him as a savior who would steer the country in a better direction. In his first speech, he said he would bring freedom and democracy to Chad. We applauded and waited for him to deliver on his promises — but he chose his own power over that of his people. Thirty years later, he is still president.

This is what happens when a country cannot facilitate free and fair elections or support the peaceful transition of power. Chad is rich in oil and other resources, but people are poor, and the misery is unbearable. Every human being deserves justice and respect, but where I come from, this kind of basic fairness doesn’t exist.

The inauguration of President Abraham Lincoln on March 4, 1861. January 2021 was the first time in history that the United States did not have a peaceful transfer of presidential power.

This is why I believe it is essential here in the United States to reckon now with the divisions that led to the January 6 assault on the U.S. Capitol and the continued fallout from that day. I don’t want this country to move in a direction where people care more about their own interests than the truth, the rule of law, and the tenets of freedom and justice. This power is not worth our humanity.

America is flawed, but many people like me who have lived through political turmoil and carried it with us for our entire lives have seen the United States as a beacon of hope. For those of us who have never witnessed a peaceful transition of power in our homelands, we aspire to what America has achieved.

But government abuses always start with twisting facts, presenting lies as truth, serving up propaganda, and testing whether people are receptive to the messages of those in power. It is especially scary to see a segment of the media in the U.S. relaying lies without fact-checking. It requires serious work to persuade people to stop believing in lies once they are invested in them. However, there is a model that has helped people facing severe divisions heal after times of crisis: truth and justice commissions.

A world map representing all of the countries that have held truth and justice commissions, from the Museum of Memory and Human Rights in Santiago, Chile.

Truth and justice commissions have allowed countries such as South Africa to reunite after Apartheid and Rwanda to heal after genocide. These commissions bring perpetrators and victims together to understand what happened, hold people accountable and render justice in search of national reconciliation and unity. A commission can’t erase what happened, but people who have been hurt are able to tell their stories and have others understand and acknowledge their pain. People who caused harm can apologize and begin to atone for their actions. The goal is not to punish perpetrators but to help people find closure and live side-by-side again after times of division.

The United States has never had such a commission, despite its history of slavery, displacement of Native Americans, white supremacy, police brutality and many other injustices that continue to shape the country. We would all benefit from the cathartic and healing experience of acknowledging our troubled past and taking responsibility for the forms of oppression that have led us to where we are today.

It takes courage to acknowledge white supremacy and other forms of discrimination, but it is critical for moving forward. When victims don’t have justice, it is a weight that we must carry. We drag the trauma along behind us and cannot focus on being our best selves. Perpetrators and their descendants also carry a weight from what they have done. We need a forum to overcome our dark past.

We can move past these difficult times and continue to be an example for the world. The fact that the January 6 coup failed is in itself a source of hope and can serve as a lesson to those who think they can topple our democracy. The system was weak, but it worked, and we can continue to make it stronger.

The stakes are high. Everything we do — including protecting the national parks we all share — depends on a functioning democracy. We must be able to have a say in how our government treats us, our families and our communities, no matter who we are, what we look like or what our lived experiences have been.

But this healing also matters for our own survival. In South Africa, the Nguni Bantu people developed a philosophy called ubuntu, which translates roughly to “humanity,” or “I am nothing without you.” We derive our sense of humanity through the humanity of others, and we are interconnected through this bond. If some of us are suffering, we are all suffering. We must strive to build a better world for everybody, because if we fail, we all fail. But if we succeed, we can work together to fulfill the promise of this nation’s motto — to be, out of many, one.