Welcome to the Family!

By Katherine DeGroff
Winter 2021: Welcome to the Family! 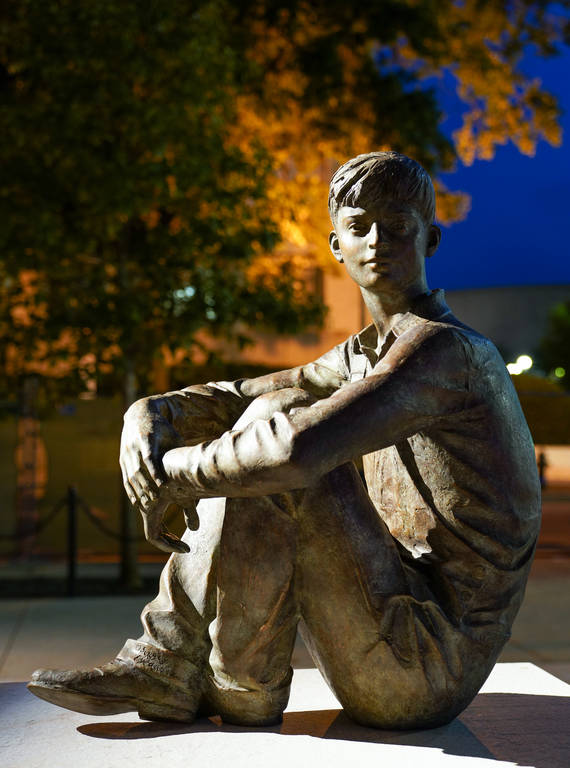 Statue of Eisenhower as a young man.

COURTESY OF THE EISENHOWER MEMORIAL COMMISSION

This fall, the National Park System formally welcomed the Dwight D. Eisenhower Memorial in Washington, D.C., the Mill Springs Battlefield National Monument in Nancy, Kentucky, and the Ste. Geneviève National Historical Park in Ste. Genevieve, Missouri, bringing the grand total of National Park Service sites to 422. The memorial, a 4-acre park adjacent to the National Mall, recognizes the contributions of Eisenhower, the commanding general of the Allied forces in Europe during World War II who went on to become the nation’s 34th president. Designed by architect Frank Gehry, the memorial features sculptures of Eisenhower at different stages of life and is anchored along its southern border by a 450-foot, metal tapestry depicting the cliffs of Pointe du Hoc in Normandy, the site of a critical battle during the Allied invasion of Europe in June 1944. While Congress authorized the memorial’s creation in 1999, progress was delayed by design disputes and a lengthy approval process, and the official dedication didn’t take place until Sept. 17.

Days later and several hundred miles to the west, Mill Springs Battlefield was officially established. Situated in rolling farmland, the battlefield commemorates one of the first Union victories of the Civil War. Finally, in late October, Ste. Genevieve became the most recent addition to the park system. The site preserves the stories of a pre-Revolutionary War French Canadian settlement along the western banks of the Mississippi River.