The 4,600-mile North Country Trail has been painstakingly constructed by a devoted group of supporters over four decades. It’s only two-thirds done and largely unknown, but step by step that is changing.

In the late 1960s, trail planners first dreamed up and mapped out an ambitious megahike that snaked for thousands of miles across a huge swath of the northern U.S. Their vision was that one day, hikers would be able to set off from North Dakota, pass through Minnesota, Wisconsin, Michigan, Ohio, Pennsylvania and New York, and trek all the way into Vermont.

Their seemingly far-fetched idea came to life in 1980, when the North Country National Scenic Trail was established by Congress. Ever since then, a crew of intrepid supporters has been laboring steadily to build the trail. Progress is slow: The footpath, though it’s more than twice the length of the Appalachian Trail, isn’t well known, and it’s only about two-thirds complete. But the trail, which winds through land owned by federal, state and county governments as well as private individuals, is already essentially walkable — it’s possible to get from one end to the other by hiking along roads where the path is unfinished. And advocates recently have celebrated a few milestones including the addition of a critical extension in Vermont, which brings the total length of the trail to a stunning 4,600 miles.

The effort to append that final section took decades: Trail enthusiasts had long hoped the NCT, which previously stopped at the New York-Vermont border, would continue an additional 45 miles and connect, as initially planned, to the Appalachian Trail. That goal came into sight in 2019, when Congress passed the Dingell Act, which finally authorized that elusive extension. 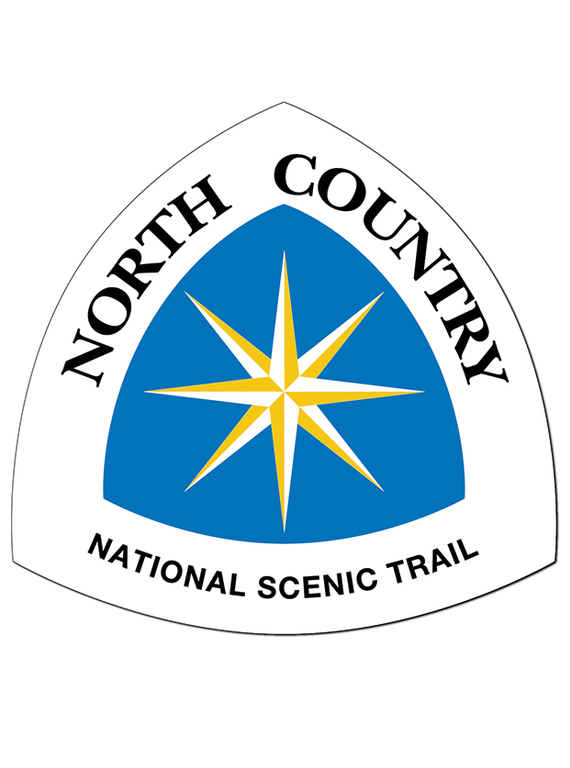 “The original vision was finally realized,” said trail Superintendent Chris Loudenslager. “This extension provides part of the vision of the National Trails System that the trails would become a true system over time — that you could be standing on a trail and walk anywhere in the nation.”

In another victory, the Park Service recently purchased land for the trail for the first time. “That was monumental,” said Loudenslager, who explained that the North Country Trail wasn’t authorized to buy property until the passage of an amendment to the National Trails System Act in 2009. “With acquisition, we have the assurance that that trail is protected in perpetuity.”

In May, the 2-mile Augusta Prairie section overlooking the Kalamazoo River Valley will open on an 80-acre parcel in southern Michigan, which the Park Service bought in 2017. The new stretch meanders through native prairie, restored from cornfields; 1 mile of the trail will be wheelchair accessible. The agency also acquired a 200-acre parcel in Wisconsin for the NCT, and Loudenslager expects more acquisitions in the future. (By comparison, about 600 miles of the Appalachian Trail are on lands acquired by the Park Service specifically for the trail corridor.)

Unlike trails such as the Continental Divide National Scenic Trail, which follows the Rockies, the NCT doesn’t follow a geographic feature but, rather, connects a patchwork of scenic and historic sites. It passes through the Great Plains and 11 national forests, hugs parts of three Great Lakes, crosses through heavily populated areas in Ohio and winds through the Adirondacks in New York. Over the years, managers have worked with relevant agencies so the path could utilize existing regional and local trails, such as the Buckeye Trail in Ohio and the Finger Lakes Trail in New York.

Currently, about 1,500 miles of the trail are still on roads, many of them unpaved; the ultimate goal is to have the entire trail off-road. Thousands of volunteers work with the nonprofit partner group North Country Trail Association to build and maintain the trail, but they are only able to build around 50 additional miles each year. The process is slow-moving partly because volunteers must secure permission from private landowners for the trail to cross their land, ideally hammering out long-term agreements that provide access for generations. The trail is still decades from completion, said Loudenslager.

Luke Jordan, the outdoor recreation planner for the NCT, hiked the trail in 2013 in 205 days (including a full month in snowshoes), just the fourth person to do so. Along the way, he encountered a moose, a lynx, two black bears and several porcupines and was attacked by a Northern goshawk, which repeatedly swooped down at his head. After about 1,000 miles, he approached an overlook at Lake Superior and saw his first familiar view, a breathtaking panorama he recognized from childhood visits to Minnesota’s North Shore. During the hike, several days would go by without sight of another human, said Jordan, who wrote about his experience in “Thru and Back Again: A Hiker’s Journey on the North Country Trail.” He enjoyed the solitude, but he would like to see more hikers on the trail.

“Eventually, the AT hikers coming from Georgia will get to Vermont and will see a sign that says ‘North Country Trail,’” Jordan said. “I’m hoping this will bring more awareness to a relatively unknown trail. Hikers will be able to make a left turn and hike to North Dakota.”

Welcome to the Family!